So far. I believe things are just getting started.

There’s always a bright side.

There’s no greater concentration of hapless developers and feckless managers in one place in the industry (including the video games segment, to put it in perspective). It’s a testament to the power of the money invested in Twitter on the basis of an empty advertising model that the whole thing hasn’t yet gone up in flames like the Hindenburg.

Frankly, these women bring it on themselves by wearing such a low-cut, skimpy name like Andrea James. Any respectable women would put on something long and covering like Isabella Amaryllis Charlotte Anstruther-Gough-Calthorpe

Google image search used to behave this same way, for quite a while. You only needed to search for any female first name to get completely irrelevant top ranking topless photos.

Facebook, surely? Twitter gives horrible people a platform, but at least it confines them to the same interface as everyone else, instead of letting them dictate the news.

Twitter is designed, from the ground up, to be the shittiest platform possible. It encourages knee-jerk reactions and flame wars, because flame wars are the best way to get user “engagement.”

So glad I don’t ‘tweet’; this is yet another reason not to ever mess with that site.

That said, I have to: 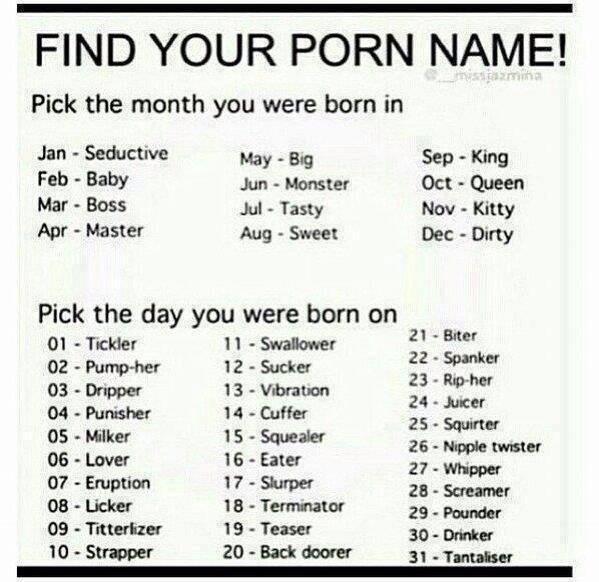 That said, I have to:

Kitty Squirter? I am not sure about that chart.

Mine is actually pretty accurate; I gotta admit.

Now that name makes me hot.

Big Dripper here. Something to do with Jackson Pollack, I’m sure.

I am not sure about that chart.

Pretty much every February name is weird. Baby Terminator??