Many of us here in the UK would like to apologise for Gavin Williamson.

Now I have to be careful here, as the UK has very strong libel laws. So what I say must be based in truth and something I’d be willing to go to a court and defend.

Gavin Williamson is only in the Cabinet because he’s loyal. He was fired from a previous Cabinet for being suspected of leaking materials to the press, and his return is simply a sign of how very weak our current government’s talent pool is. His career sadly lacks the excitement of outright corruption, with Mr. Williamson instead appearing to have chosen incompetence as his keynote quality.

In a just world, he’d be a mere memory - someone who briefly flirted in politics before being found thoroughly wanting. Sadly, a first past the post electoral system gives him a safe seat, and his dubious loyalties gave him a platform for his equally dubious thoughts.

We’re so sorry you had to hear about him. We were really hoping that we could keep it a kind of secret shame…

He is an apology.

I think his trash talk was aimed more at Europe or, rather, to the kind of audience that Ferrari and LBC courts.

Absolutely all of this, yes.

But you swore an oath of secrecy.

You are henceforth banished to Mordor, I mean Europe.

The interview appeared on an LBC radio station

Williamson is of course a complete idiot. Choosing to stand as a tory MP, backing brexit and being chosen by Boris are all natural filters for either mediocrity, mendacity or both.

I am happy, though, that Fauci apologized. The MHRA is not perfect, but there is no indication that they have done anything other than a thorough review of this vaccine, as quickly as they could using the data that is available. When we’re already trying to combat a tide of anti-vaxx nonsense, any of this international rivalry and sniping between the various international regulators is only going to undermine confidence in the programme as a whole, which will kill people.

National chauvinism is poisonous, even without the threat of a global pandemic. So of course such a statement would come from the mouth of a Tory who barely acknowledges the common humanity of his own country’s citizens.

That conservatives put creeps like Williamson and DeVos in charge of the education of children tells you all you need to know about them.

Required reading. The bit about fireplace salesman of the year is not made up. 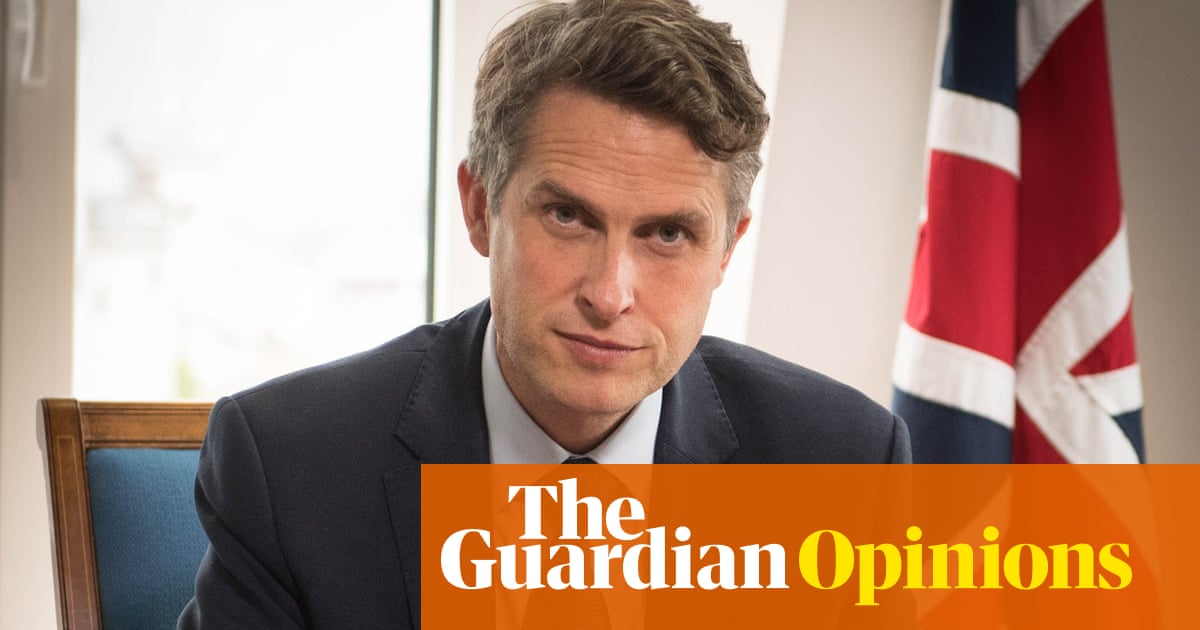 Williamson’s career probably peaked when he was awarded Fireplace Salesman of the Year two years running in 2006 and 2007. I wish I was making that up.

He’s famous for responding to Russian aggression towards the UK, (notably by using nerve agents in Salisbury), by telling Putin: ‘Frankly, Russia should go away - it should shut up.’ Which must have had them quaking in Moscow.

John Crace in the Guardian got the measure of Williamson by naming him after Ian Lavender’s character Private Pike in ‘Dad’s Army’ - who was regularly called a ‘stupid boy’ by Captain Mainwaring.

IT wasn’t a slip of the tongue. You can take America, France and Germany and stick them up your arse. Britain is the best country in the world and my career is living proof of it.

tells you all you need to know…

I don’t want there to be a {unripe persimmon of neoliberal profiteering} ‘like x,’ I just barely got leave of my old extrakidicial juding. I just watched a Spitting Image though, and might appreciate any out-of-order remixing (or demand for’t) as One Pace made of One Piece (no recaps within the ep, or repeated OP/ED, flashbacks of flashbacks etc.)