Continuing the discussion from In the future, astronauts might play MMORPGs to fend off boredom:

In the future, astronauts might play MMORPGs to fend off boredom

MMORPG, pshaw! Give me a complete NES, SNES, NEO GEO, MAME and Mega Drive library (maybe on an OUYA?) and I´ll be set for the trip.

A great idea. This got me thinking… there’s tons of smartphone-era hardware that can easily run most classic emulators now.

Say you were an astronaut, going to Mars, or (insert favorite planet here). What’s the “best” emulator hardware out there to run as many of these classic emulators as you can with a great screen, great controls, and reasonable price?

I would say generic Android phone but the controls might be an issue since most smartphones are pretty much touch-only affairs these days. I guess you could bring a bluetooth controller, but that feels like… cheating. I was thinking more of an all-in-one device that has reasonable built in controls for most arcade and console games, at least a quality NES style d-pad and say, 3 to 5 buttons.

If you’re going to be launching it into space, the cost of the device doesn’t matter a whole lot. Then you’re looking at mass, bulk, and durability. In that case, they’re already going to be carrying computers with them. Plus a controller into one of those.

There are a variety of devices that look like they’re Android tablets with a D-Pad on the left and buttons on the right of the screen that seem to be specifically for running emulators.

That one openly advertises this as a feature:

Well, what you describe actually sounds a lot like an OUYA. Durability would probably be an issue and the standard controller isn´t too great, but it´s quite small and I´ve got all the emulators I listed running on mine except for MAME, which should be along shortly.

Turns out, the answer to this is “Raspberry Pi 3”

For reference the $36 Pi 3 has about the same horsepower as a 2012 iPhone 5. The watt budget is a fair bit higher at 4w though – make sure yours comes with a heatsink!

Also this is an amazing controller, and I highly recommend it 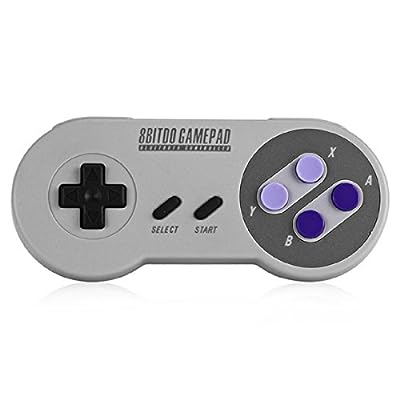 Thank God the new Pi has bluetooth, at last.

I tried an Ipega 9023 bluetooth controller with a couple touch devices.

It didn’t help that all of the touch devices advertised accessibility features, like being able to disable zooming or disable gestures, that they didn’t have.

I suppose it might be possible to use usb-connected controllers with some touch devices.

This topic was automatically closed after 1311 days. New replies are no longer allowed.