When every dollar that this group earns has more taxes taken from it than from every dollar that Trump earns, there is something seriously wrong with the system. Sadly even Hillary is reluctant to really tax the rich at an appropriate rate.

Good for them, and everybody else not buying the orange bigotry huckster

She’s hardly a lefty. She had to polish her progressive chops in the primary, but poverty isn’t her primary concern. 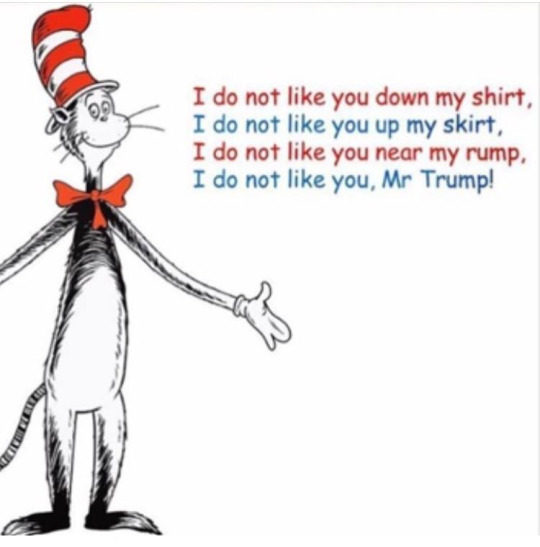 I’m going to try again, only mentioning the eyes.

Every single person in the video had light eyes. This is statistically very unlikely. It means there’s a more piercing gaze, drawing the viewer in, and it exemplifies the overall message that it’s not only “darker” people who are against Trump.

Oh…forgot about him! Yup, you’re right.

Peeked at the YouTube comments. Results were sadly exactly what one might expect (about 40% of responses include the word “cuck,” almost all the rest make reference to low testosterone or “jews”).

Peeked at the YouTube comments. Results were sadly exactly what one might expect (about 40% of responses include the word “cuck,” almost all the rest make reference to low testosterone or “jews”).

This implies that manly Trump men think that being a complete jerk is part and parcel of being manly. No thank you. I’d rather be a decent human being.

While I have a major in dropped out it is not from leaving early, more of money leading to a change in majors and schools leading to burnout + oh sorry we fucked up your transfer but didn’t tell you till graduation audit time. Getting a full time job at the school helped keep up with a class or two but couldn’t wrangle the required classes around work.

But yeah I can’t stand Drumpf so much that I could not watch the debates.

to meet my pendant quota for the month

My thoughts exactly. If that’s what masculinity looks like then I’m proud to be a girly man.

A bunch of dudes who lack college degrees figured out how to make a video, and they hate Donald.

“Is there anything sadder than unrequited love?”

i’ve found that when they start throwing words around like “cuck” and other neo-racist terms, i tell them to speak english, because that’s what we speak in america. then i just sit back and watch their heads explode.

This implies that manly Trump men think that being a complete jerk is part and parcel of being manly.

I always thought Trump fits the 80’s personified stereotype/caricature wall street CEO. He’s narcissistic, has psychopathic tendencies, certainly a womanizer, rich (or at least appears that way to others)…more or less what I’d expect Hollywood to come up with as a representation from that time period.

Holy shit those are some seriously antisemitic Youtube comments… Trump supporters don’t kid around with their racism/antisemitism; it’s pure and uncut. I think it’s hilarious that these stormfronters have a vocabulary that only they understand: cucks, numales, (((white))), bull, etc.

Also, lets keep it real: this youtube video was made with actors, not “actual white guys.”

Perhaps, but one of the first things her husband (who has always been to her right) tried to do in office was roll back the Reagan tax cuts for the wealthy. He didn’t succeed completely, but he did push the rate up from 31% to 36% for people with incomes above $100k, and up to 39% for people with incomes above $250K. The Clintons are not full-on Marxist, but credit where credit is due.

If that’s the case, where can I get my autodidactic honorary?

(Edited: I misspelled autodidactic. I think that says something.)

I follow the excellent webcomic artist Jon Rosenberg on Twitter. He can tell you firsthand the level of antisemitism that Trump’s supporters are dishing out this year. Horrific stuff. Yet another massive reason this bastard needs to lose, and lose hard on November 8th.