It seems highly unlikely the van was wide open, but i wonder if it was left unlocked or if the cop unlocked it somehow. If it was left wide open, by either the owner or someone else then the officer can search for anything that is in plain sight (i think).

Still what a sketchy as hell thing to do, and he was so casual about walking away from the car. I’m also surprised the officer didn’t plant some drugs in there.

Perhaps in another 30 seconds he would have?

If he saw something in plain sight through the window then it can be used as probable cause to search the vehicle. But yeah, it’s still sketchy.

Also with regards to the title, he’s not an “undercover” cop if he has a badge around his neck. He’s a plainclothes office, most likely a detective.

by either the owner or someone else then the officer can search for anything that is in plain sight (i think).

If he’d seen something through the window that could have served as probable cause, he wouldn’t have looked like a kid caught with his hand in the cookie jar when caught and he would have been able to say that rather than the weak-ass “we’ve been getting a lot of reports…” catch-all that he went with.

38 posts were split to a new topic: Treatise on the ethics of the man-bun

When the man asks the officer how he accessed his trunk, the officer replies, “It’s open. It’s wide open.”

Notice that he’s not answering the question. He’s saying that the car is open, not that it was open and that’s how he accessed it.

I would be very interested to see if it came out that the officer unlocked the car somehow. I have a hard time believing someone in the city would leave their car unlocked, though mistakes do happen. Either way if it was locked or not it doesn’t look good for the officer.

Also there seemed to be quite a number of other trucks, SUVs parked on that street and i’m curious why he decided to search that particular one. It does have a FOR SALE sign on it, but that doesn’t seem suspicious to me.

I would be very interested to see if it came out that the officer unlocked the car somehow.

I don’t think that locked or unlocked makes any legal difference. In the same way that merely reaching into the open window is enough to garner a “breaking and entering” charge.

Here’s commentary by Jon Masters on the incident. (Note: I like his videos, and he usually has good insight into what’s going on and why, but never ever listen to anything he says about sovereign citizen rights to drive a car without a license!)

I’m not arguing with that, but if the officer unlocked the car don’t you think that’s a very serious situation? It would also raise the question of “Is this officer the only one doing this?”

’Less you wanna draw the heat."

When a cop pulled him over to the side of the road
Just like the time before and the time before that
In Patterson that’s just the way things go
If you’re black you might as well not show up on the street
’Less you wanna draw the heat. 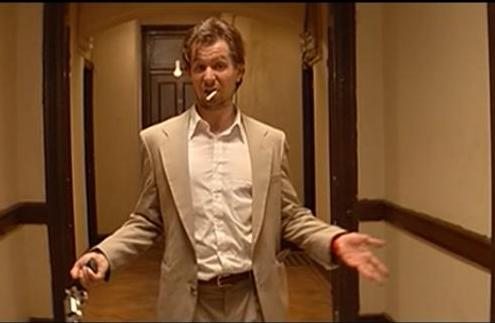 “We’re getting a lot of complaints about guns…”

Tell it to the NRA.

This is absolutely, 100% incorrect. If the police see something incriminating in plain view (this applies to other senses as well such as hearing or smelling something) that gives probable cause to search further.

Assuming that it was unlocked, that still doesn’t give probable cause for a search. Jesus Christ, they aren’t even trying to make it look legit any more.