Underwater robot seeks out starfish and kills them with poison injection

That’s what makes it so exciting, though. Whenever I read about something like this, I get to spend a few minutes wondering if THIS begins the process that ends with me becoming a poet warlord.

That’s what makes it so exciting, though. Whenever I read about something like this, I get to spend a few minutes wondering if THIS begins the process that ends with me becoming a poet warlord.

That job category seems to be missing on monster.com.

Populations expand past a sustainable point, then they contract. That’s what happens in nature. Should humanity always get involved in this process?

There are side effects. Guess why I propose the tasty solutions.

This is exactly what I came to the comments to see! 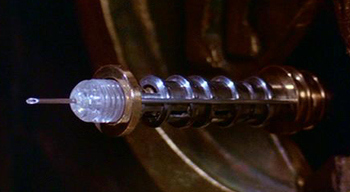 What happens if there’s a drastic increase in other types of plankton due to culling the starfish population?

Send in the whales.

At least we now know what really happened to Steve Irwin.

#Tips to Stay Safe in Any Coral Reef

From this, as pointed out by @chgoliz here.

Wow, an autonomous robot that injects poison, what could go wrong?

I think there was something taken out of a previous draft of the story, where a previous poison required 10 doses to kill off the starfish. At least I assume that’s the case, because otherwise that mention of going back 9 times really does make zero sense.

It seems kind of arbitrary that we’ve selected starfish at the undesirable species and coral as the desirable species, just because the starfish are having a good run. Aren’t we meddling with a naturally-occurring process here?

Not really? Starfish and corals may normally occur together, but it’s plain the dynamic in these outbreaks is not typical, and it’s not arbitrary why the corals are more concerning.

For one corals may take much longer to be established. For two it’s not all just undifferentiated “coral”; there are many types that play different roles and having very high numbers of crown-of-thorns starfish means they eat species they otherwise wouldn’t. This impacts their distribution and in turn what other plants and animals can find food and homes on reefs.

This does appear human-induced; when they talk about plankton blooms from run-off, that’s well-known to include our pollution. And even aside from that, there are also other things like ocean acidification and habitat loss that would prevent corals from recovering as normal. There can be long term boom-and-bust cycles in a healthy environment that would destroy a stressed one.

So the results aren’t really nature any more than the human-caused culling. It certainly makes sense to ask if we are intervening the right way, but we’re already intervening much more thoughtlessly; it seems doubtful our cutting the number of crown-of-thorns is likely to have worse long-term consequences than our promotion of them over the others.

So the results aren’t really nature any more than the human-caused culling.

Why aren’t humans counted as part of nature? A beaver dam is “natural”, termite nests are “natural”, where is a threshold for a building or a tool to not be “natural” anymore?

so, you’re saying that the detonation of nuclear bombs should be considered as “part of nature”?

Does that leave a loophole for the EPA to regulate nuclear weapons?

'Cause we all know what fierce attack dogs they are. <eye-roll />

In my opinion treating human actions as natural is against common use and makes the word fairly pointless, and I’m not sure what anyone actually thinks the value of it would be. But in case someone wanted to argue, note I said “any more” - if you accept our pollution as natural then so are our killer robots. Unless it only counts when we’re acting as a selfish aggregate?

so, you’re saying that the detonation of nuclear bombs should be considered as “part of nature”?

Well, there were those natural nuclear fission reactors, and then there are the stars…

In my opinion treating human actions as natural is against common use and makes the word fairly pointless, and I’m not sure what anyone actually thinks the value of it would be.

Well, same goes for “organic”, too…

So, when my kid makes a mess on the floor with his spaghetti – that’s natural, and he shouldn’t have to clean it up, because: NATURE?

I don’t disagree with anything you said, but it seems like the goal of our environmental efforts is human-enforced stasis, and we’re bound to fail.

Some of it is more thoughtful, and some of it is less thoughtful, but it seems like all humans are really capable of is blundering. I would like it if humans reduced our environmental footprint. Unleashing killer robots on starfish seems to increase it. To me, this is additive instead of reductive–all the pollution and overharvesting, plus killer robots.

That’s odd. I can see why that’s the first place you’d look though. 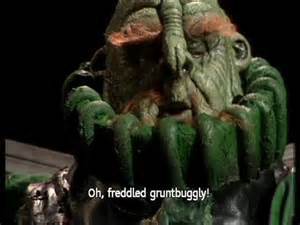 We have the capacity to consciously decide whether to build dams or nests or robot submarine assassins, taking into accout any predicted future consequences. Beavers and termites do not, beyond questions of the location’s immediate suitability for the purpose.