Plane was just two hours out of its destination of San Francisco. Seems silly to land in Denver and waste several more hours. Must be a security thing.

Finally, an unscheduled landing that had nothing to do with a-hole behavior by employees or a passenger…

How messed up is it that the first thought isn’t “mechanical problem” when an aircraft has to divert?

Alternate solution: Other passengers ask how much money it would take for her to happily spend the next couple of hours in there while the flight continues.

Then take up a collection.

You can’t be in a situation where a passenger is unable to get to their seat in the event of bad turbulence. It’s a safety thing.

What if there’s severe turbulence and someone’s trapped in the bathroom? What if this person starts panicking? What if there’s a problem with the aircraft and it needs to be evacuated after landing? Yeah, fuck you, dumb person! I gotta get to SFO! Just sit there for 2 hours while I complain about wi-fi and curse my inability to spend $10 on a battery pack.

I’d have volunteered if I were stuck in there. Beats another landing and takeoff, time on the tarmac, etc. Plus, how much lost productivity when multiplied by everyone on the plane? And the ripple effects of the aircraft not being where it needs to be for it’s next flight? Hundreds of hours lost, likely. I’d be okay as long as I had my book with me.

Alternate solution: Other passengers ask how much money it would take for her to happily spend the next couple of hours in there while the flight continues.

Honestly, I’d do it just to avoid having to secure a ticket on a connecting flight from Denver to SFO, not that Denver isn’t nice, but I’d rather sit in the loo for 2 hours than spend a day trying to reach my destination. Hopefully they at least gave her and the other passengers comp’d tickets, but I wouldn’t bet any agricultural real estate on it.

How to almost - but not quite - save the day:

“Oh, hey, I was able to get this hunk of C4 through security. I can blow that door off if you want.”

“We are reaching out to all customers onboard and the customer in the lavatory to apologize,” the United Airlines statement said.

Yes, but did you remember to wash your hands first?

Interesting phrasing… was the lavatory not onboard the plane?

Considering it’s United, I’m surprised they didn’t just leave her there for a few weeks.

More legroom in there than economy

You have to wonder how many other mechanical things on planes are prone to sticking nowadays due to crappy maintenance. Flaps, for example. 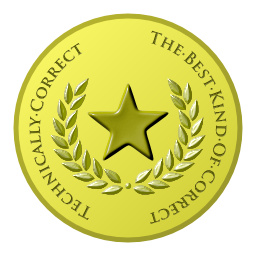 Oh dear, what can the matter be?..

I would have thought Safety one, you have no idea if she really is locked in there and if she has a bomb gun or what every and just needs time to put it together, and two for her personal safety if they hit turbulence, she has no seat belt and might brake her neck when she hits the roof / gets thrown around.

Who knows, maybe a Leatherman would have been able to get the door open. Guess we will never know.

How on earth does this happen? Usually the bathroom door on a plane is locked with a simple sliding latch.