I guess it is time to stop doing Yoga.

The University of Ottawa yoga controversy: a disabled person’s response

The recent wave of media coverage of the cancellation of a yoga class at the University of Ottawa is a perfect illustration of everything that is wrong with mainstream media. Some context: sometime…

Notice to all CSD users (un message en francais suivra): As a responsible students union we have to ensure that we are always reevaluating the programming of all of our centres to ensure that they...

I guess my issue is that the class wasn’t cancelled so much as put on hold for the rest of the semester (which is only three weeks up here btw) because no one was coming to the classes, AND so they can review other inclusive issues. That the teacher is seizing on the “inclusivity” issue and not addressing that no one was attending the classes, but I guess it worked eh? We’re talking about it. /shrug 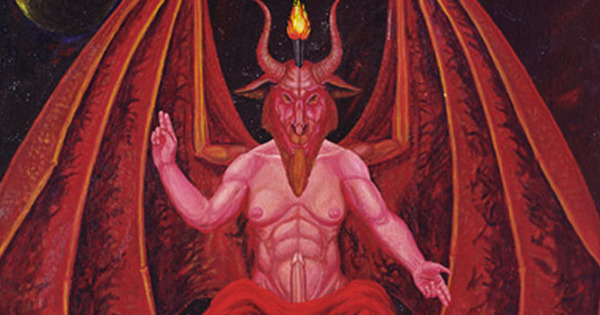 7 'Ancient' Forms of Mysticism That Are Recent Inventions

Some 'ancient' practices are about as authentic as the ill-fated Chinese tattoo on your arm that the lady swore meant 'pure warrior.'

I make no claims to the accuracy of the facts presented, but I seem to recall actually following all the links when I first found it years ago. I’d definitely like to see it rebutted by the Indian yoga organization in the WaPo article. ANY truth to it would fly in the face of those shutting this woman’s class down.

Yes, it is quite a stretch!

The accuracy is skewed by equivocation, by the constant reminders of “what we call yoga”, which is part of the reason why I pointed that out in the other topic.

Yoga is first mentioned by name in some 2,500-year-old Hindu religious texts called the Upanishads, but this is actually a term relating to a method of strapping horses together – literally the origin for our word “yoke.” The Upanishads use it as a metaphor for a mental prayer technique, but as far as all those weird stretches are concerned, the texts mention exactly one physical posture, and that posture is pretty much “sit in a way that makes meditation comfortable.” So the word “yoga” might describe an old Hindu teaching, but then so does the word “avatar,” and nobody’s claiming that the James Cameron movie reflects an unbroken line of ancient sacred tradition.

So, they are contradicting themselves quite sharply when they say essentially that “there is a 2500 year old mystical tradition called Yoga - but that’s not what we’re talking about”. Comparing their cherry-picking of facts with the James Cameron movie only makes their rhetoric seem more bizarre. The physical exercises never were the “ancient sacred tradition”. Some people’s failure to understand this in no way implies that there is no such tradition.

Non-monastic yoga which involved lots of physical training has been around since at least the 1700s, and there has been some scholarly evidence to suggest that sources of this era such as the Hatha Yoga Pradipika, Gheranda Samhita, Shiva Samhita, minor Upanisads and various Tantras have their origins earlier in Medieval Indian culture. What most modern people (arguably) might recognize as Yoga practice might not be 5000 years old, but it is probably at least 500 years old.

well, it was written for purposes of comic entertainment, so it was hard for me to take it completely seriously, but thank you for helping me sort out the claims.

and ya, the other thread has the better info now.

This topic was automatically closed after 451 days. New replies are no longer allowed.