I’ve heard that the postal carrier union makes termination very difficult. Consider that USPS tried to fire this guy in 2004, but couldn’t. That is most likely a result of union influence, probably coupled with inept local management. Any group of human beings is going to be a mix of good and bad. I don’t think this article is the right brush to paint the entire United States Postal Service.

I wonder if there would have been a different result if complaints about this man went to the police instead of USPS?

It isn’t really stereotypes, it is anecdotal evidence.

But the USPS still feels like a federal employ when you consider both the strength of their union, bureaucracy in dealing with problems, and hella good benefits.

My first GF had serious health issues but her dad worked for the USPS so she had good support in that area.

Harassment is not a criminal violation. There was nothing for the police to do with him.

But even leaving that aside, your statement is generally not true. Here’s how police unions do it: 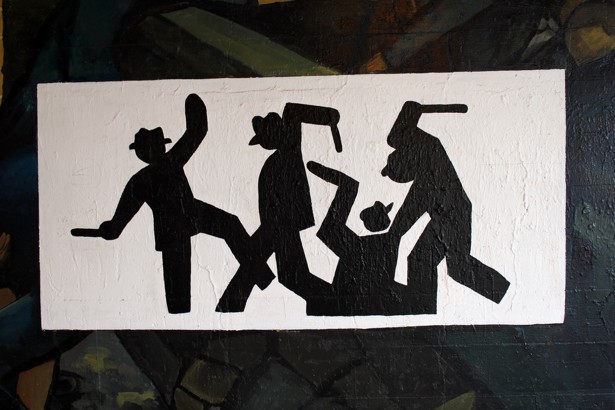 How Police Unions and Arbitrators Keep Abusive Cops on the Street

Officers fired for misconduct often appeal the decision and get reinstated by obscure judges in secretive proceedings.

Having said that, though, it is generally at least half management’s fault when an employee like this is not fired. Management is often lazy. Typically they must warn the employee, then refer them for discipline if the behavior continues. What often happens instead is that they ignore misbehavior, never document anything, give the worker “excellent” on every review (because that doesn’t make waves) and then when they FINALLY bring charges they cannot prove any of their allegations against the employee.

The union is simply protecting someone they know is probably bad. It’s a clusterfuck of laziness and tribalism.

Harassment is not a criminal violation.

Is Roger Ailes going to prison or being sued? Harassment is civil, not
criminal.

Is Roger Ailes going to prison or being sued?

His corporate masters bought off his victims on the condition that they promise not to sue Ailes’ accomplices (i.e. Fox’s owners).

They couldn’t sue Fox in any case. They all have mandatory arbitration clauses in their contracts. This is why Carlson sued Ailes personally.

Being bought off is immaterial to the question of whether a crime was committed. There was no crime. That’s why Ailes is not under arrest. His behavior becomes criminal only when it edges over into assault or rape.

What he did is a civil offense. And apparently that was the same case here. Hence, no criminal record. I assume the government also has mandatory arbitration agreements.