Originally published at: Uvalde kids "refuse to go back to classrooms" guarded by coward cops who let their friends die | Boing Boing

You can hardly blame the poor little buggers, can you?
There’s a lot to be said for home-schooling in a war zone.

IMO, every kid in America should be on strike until real gun control legislation is passed.

I wouldn’t want to go back, either.

Today my kid’s school asked everyone to wear maroon and white to “Stand with Uvalde” on their first day of school.
My heart hurts

I still don’t understand how they decided that the way to make kids more safe was to make it almost impossible to run away from danger.

More cops. More guns. More security theater isn’t the solution. I would also not go back.

If I were a parent in Uvalde, I’d consider doing more than not going back. I’d figure out how much of my local tax bill was going to pay for those cowards and reduce my payments by that much, and share those calculations with my friends and neighbors.

Refuse to do your jobs? You don’t get paid.

They’re really not, though it is in no way their fault.

Because if you reduce taxes on the rich, the trickl . . . Wait, no, that’s something else.

Uvalde’s made a big song and dance of hiring more cops and buying more security gear,

Didn’t help then, & it won’t help now.
Besides, the odds of it happening there again are very low, so this is like closing the barn door after the horse has fled.

but there were hundreds of cops standing around … and they had more weaponry and equipment than they knew what to do with.

Revealing all the copaganda t.v. shows & movies over the years to be the lies that they are.
Problem is, there’s no shortage of cops and apologists for cops that believe all that bullshit; and like True Believers everywhere, have no shortage of excuses when those lies are laid bare.

Revealing all the copaganda t.v. shows & movies over the years to be the lies that they are.

So much of that is brave lone cop superhero, out-gunned, out-numbered, etc. Maybe instead of giving them military tech, we should take away their shoes.

Cops exist to preserve the status quo and protect capital, not to protect you. That’s why support for them is so bipartisan. We need fewer, not more.

Sounds like it may be another time to send some messages to the Uvalde PD.

make it almost impossible to run away 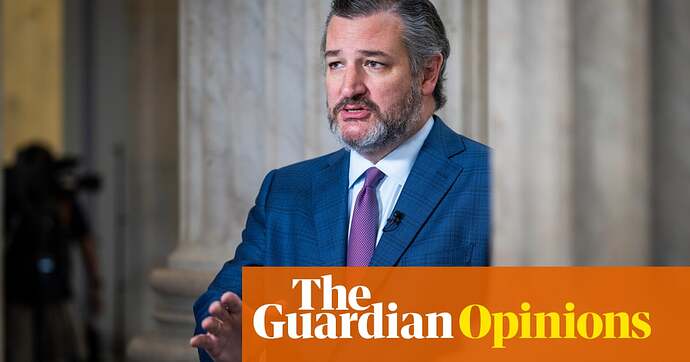 After 21 people were killed, the Republican party’s newest enemy is … doors |...

After the horrific school shooting in Texas, some Republicans are choosing to channel their energy towards door control to deflect from gun reform

So the city gets to pay for more LARPing gear and some photos that I assume are supposed to make them look tough, and the kids get to feel even more like their school is a war zone. The lack of self awareness is insane.

No, you are wrong. They could have 400 cops standing around next time, to more effectively control the parents desperate to save their kids. Oh, no, there would be no change in response. “He had a gun! They could have been shot, or even killed!” will always be the response. Much easier to brutalize the unarmed parents. (/s)

Uvalde County, like most of Texas, votes Republican, and it’s interesting to consider how this tragedy is a logical outcome of the GOP’s dogma that the government can’t help you. “Here, let us prove it to you!” they say, and Texans keep electing them.

Parents keeping their kids home from school because they don’t trust cops—or the kids not trusting the cops—are perfectly in line with this dogma. Which makes it all the more ridiculous that the cops are obviously so well-funded. The whole county has a population of less than 25,000 people.

At some point I guess the cops might physically obstruct a shooter with the sheer volume of space they take up, assuming they don’t make too much effort to get out of his way.