Not the first time. Won’t be the last time, either.

“He had a gun! They could have been shot, or even killed!” will always be the response.

Yep. Priority One is going home after the shift.
Cops are the biggest whiners among all civil employees.

…Much easier to brutalize the unarmed parents. (/s)

I wondered about this. If they would have the balls to put the cowards that let their friends die anywhere near these kids going back. If I were a “police officer” I’d have resigned out of shame. If I were Abbott, well I can’t imagine that, but he’s done exactly what I expected he would do, nothing.

Believe it or not, Texans also vote for Democrats. Here: 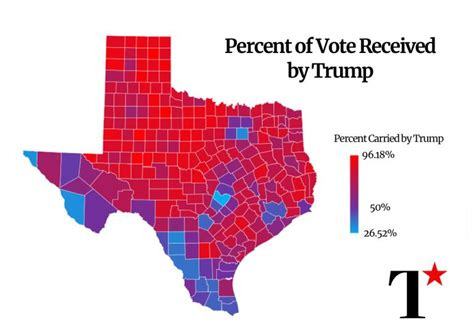 And keep in mind, once you get west of I-35, the counties tend to be very sparsely populated.
One of 'em, Loving County, has a population of 64 in an area just slightly larger than Houston.

and it’s interesting to consider how this tragedy is a logical outcome of the GOP’s dogma that the government can’t help you. “Here, let us prove it to you!” they say,

Paraphrasing P.J. O’Rourke:
‘Republicans claim that government doesn’t work… then they get elected and prove it.’

and Texans keep electing them.

Some Texans vote for them.
The state has been gerrymandered from hell to breakfast since 2010, which is why the Troika of Abbott, Patrick & Paxton hold power.
For now.

Which makes it all the more ridiculous that the cops are obviously so well-funded.

If I were Abbott, well I can’t imagine that, but he’s done exactly what I expected he would do, nothing.

After the shooting, he was there in a flash, praising the courage of the cops; when the SHTF about their inaction, he claimed he was ‘misinformed’, & has been strangely silent about the whole thing ever since.
I hope Beto takes him to the cleaners.

__
Somewhat OT, [although it does feature TX politicos], I came across this:
This CANNOT be unseen!
It is both hilarious and deeply disturbing.
You’ve been warned, so you don’t get to gripe about it.

Thank you. Uvalde, as with much of Texas, has more than just GOP voters.
I would also like to point out that all the gerrymandering has allowed the GOP to also implement a whole shit ton of voter suppression measures. Up to and including time consuming “audits” of elections in those few counties they haven’t managed to gerrymander into GOP control. So that map has a lot of red because of those two issues.

I hope they are all out of office. From Abbott all the way down. But especially him, Paxton, and the current Lt. Governor.

ETA: the piece of art at the other end of that link is hilarious and awful. Queue up a unicorn chaser before clicking

I have lived in Texas for the past 30 years. I know a little about it.

Gerrymandering is a problem, obviously, but it has fuck-all to do with the elections for governor, attorney general, or senators.

I have lived in Texas for the past 30 years. I know a little about it.

I was born in Texas over 60 years ago.

Gerrymandering is a problem, obviously,

And, of course, not the only problem.

but it has fuck-all to do with the elections for governor, attorney general, or senators.

What is the purpose of gerrymandering?
To make it difficult/impossible for political opponents to get elected in particular areas, as well as dilute oppositonal influence overall.

Next time you vote, look at the ballot & take note of positions that have only one candidate.
They are unopposed. Last time I looked, most of those had an [R] by their name.
That’s gerrymandering in action!

Granted, these are down-ballot races, but imagine the cumulative effect of a voter not having someone to vote for in their party for their state representative… it would tend to discourage participation, and that is the point.

I think this is a little more than fuck-all, especially given that MAGAts are highly motivated to vote in the first place.
I hope the Dobbs decision comes back to haunt 'em in November.

but it has fuck-all to do with the elections for governor, attorney general, or senators.

Except gerrymandering leads to skewed legislatures, which can pass laws that suppress the vote… the ONLY reason GA voted for Biden and our two senators in 2020 was because Stacey Abrams got out the vote and pushed back in the courts on the voter suppression tactics employed by the GOP.

Democrats need to adopt her model in every single red state, especially Texas, which is closer to GA than most people realize.