Originally published at: Uvalde's mayor is angry about the attention his police department's inaction is receiving | Boing Boing

This article is from June. However, Mayor McLaughlin focusing on the state-level response will, I’m sure, be perennial.

Some footage was supposed to be released this week- but I don’t think it has been yet.

Or maybe it has? Just found this: 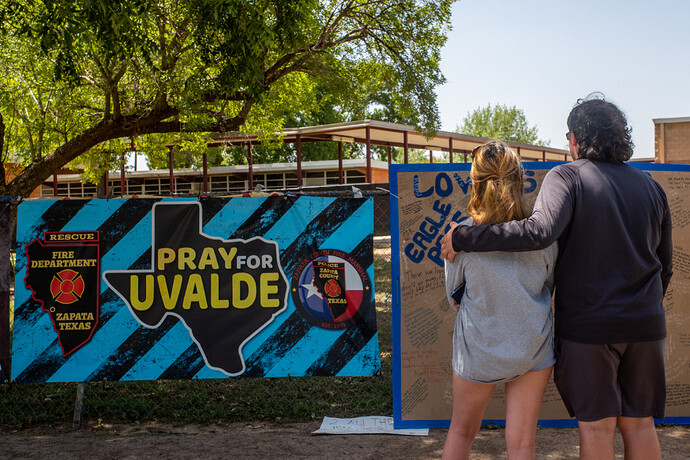 Video released on Tuesday shows police officers in a hallway at Robb Elementary School during the mass shooting in May.

It’s not “scapegoating” when the group in question demonstrably is at fault.

The focus on how the “good guys with guns” acted in a moment under extreme pressure, break down in communications at the worst time, detracts from the central causative issue, and the fact that no one should be in that situation in the first place.

Some footage was supposed to be released this week- but I don’t think it has been yet.

Here. I can’t bring myself to watch it 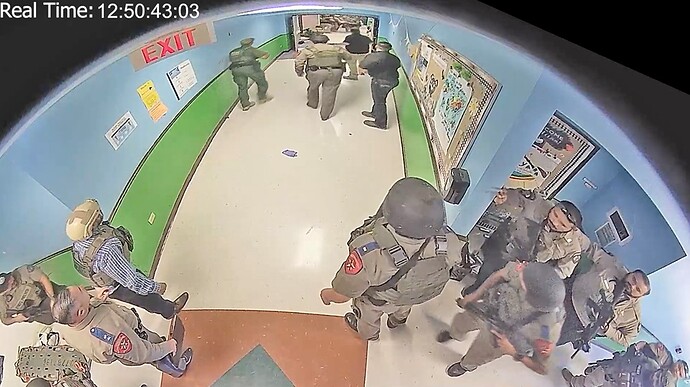 Until Tuesday, the public has not seen footage from inside Robb Elementary leading up to the tragic deaths of 21 people.

the video broadcast on the news had a note that the sound of children screaming was removed from the video.

that’s all anyone needs to know.

If the truth makes you look bad… well…

Yeah, I’m not going to either. I don’t think anything could make me watch it.

don’t the police selectively release information to control the narrative? and now they’re angry someone else did the same thing? (for reddit users, this sounds like a real Leopards Ate My Face moment)

I watched it. Most craven thing imaginable. The police were on site quickly – the guy had shot at some people before entering the school – they were in the hallway 3 minutes after the guy entered the school. It’s unambiguous where the shooter is. There’s only one course of action at that point for any decent person – get into the room or die trying – so of course they waited around for the SWAT team. No effort to breach the door that I can see – no one ran to get a battering ram. No one - far as I can tell - tried to get into the classroom from the narrow ceiling high windows. Didn’t breach the door for 77 minutes after the gunman entered the building.

Then, when they finally do it, and shoot the gunman immediately on entering the classroom – every cop in the building runs to storm the classroom – Now We’re Heroes!!! – so much than one cop has to control the traffic of these guys saying we’ve got enough people in there.

But you know what one cop did? He took the time to put on some hand sanitizer from the wall dispenser.

I hope each of these cops live a long life, alone with their cowardice.

Boo frickin’ hoo. I’ve already left several messages mentioning their cowardice on the UPD’s facespace page. I may have to leave one for the mayor on the town’s page as well.

I hope every one of those cowards drinks or drugs themselves into oblivion every night in order to quiet the screams of those kids that ring out in their heads every moment of the day. Liver disease or overdose is almost too good for them.

To me the takeaway is that the “good guy with a gun” is total bullshit - there were numerous “good guys with guns” there and it did nothing to stop the massacre.

List of bogus takeaways listed in Uvalde officials’ document labeled “Narrative” as given to the Texas department of Public Safety: 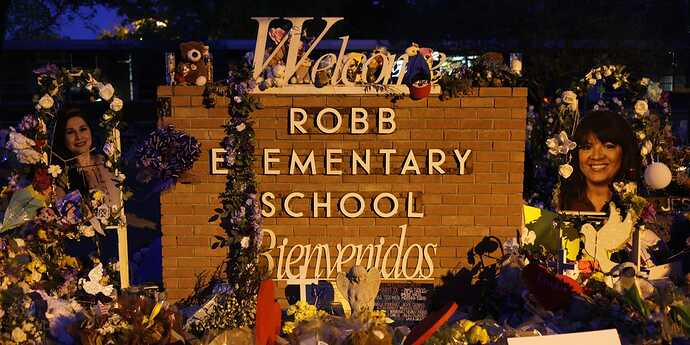 A report says the document contained an account of events different from the one that the DPS eventually presented.

It’s not the highest-priority lie on the list; but does counting everyone in the vicinity as ‘saved’ when you haven’t even established that the gunman has that much ammunition seem like pure DEA math to anyone else?

Yes… when one is a shameless coward attempting to escape justice.

the video broadcast on the news had a note that the sound of children screaming was removed from the video. 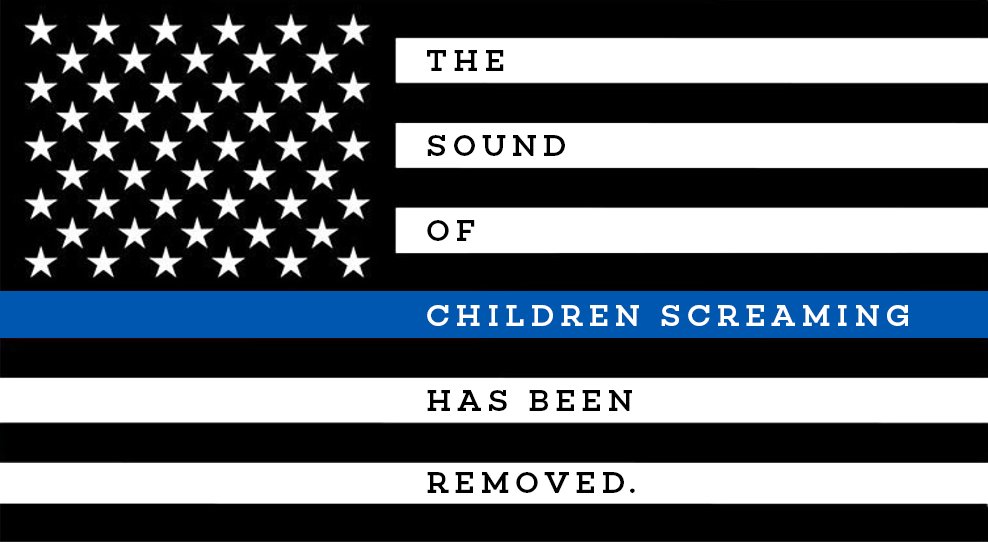