way down south an elephant stood on a monkeys toe…

One of the planned missions as part of Apollo Applications (what became Skylab) was a manned flyby of Venus using a Saturn V. The mission would have lasted a bit over a year for total flyby duration of a few hours.

The S-IVB third stage fuel tank would have been a “wet workshop”- after the fuel was expended, the astronauts would have lived in the now-empty fuel tank…

What NASA did in the 60’s and 70’s was truly magnificent, especially when you see 40 years later we have not surpassed their accomplishments. For those who think we didn’t actually go to the moon, GTFOutta here.

Hell, almost 50 years later. I can still count, I just don;t have that many fingers.

How much payload though? And could it come back?

Come back? This was the era of disposable launchers - you launch a huge rocket and get back a tiny crew capsule, with everything else abandoned in stages along the way.

The original Saturn V could lift 118 tonnes to LEO. The upgraded Saturn V (used for the last 3 Apollo missions) could lift 140 tonnes to LEO. If they’d kept making and using the booster, there probably could have been a couple more upgrades. Nasa did several paper studies in the 60’s of beyond the moon missions using Saturn V launchers. Quite a few involved replacing the Saturn’s third stage with a nuclear thermal rocket to provide the extra oomph needed.

One involved only a single Saturn V launch, with a nuclear thermal rocket upper stage, total mass to be lifted to LEO, 118 tons. As they got close to Mars, the astronauts would get into a lander, dash ahead of the main vehicle, land on Mars, spend 9 days doing stuff, then launch back up and meet with the main vehicle as it looped around Mars before returning to Earth. Not putting the main vehicle in Mars orbit saved a ton of fuel and obviated the need to do multiple launches.

Another envisioned a similar flyby-without-orbiting mission, with loads of robotic probes and at least one robotic sample return but no manned landing on Mars. It would have required four Saturn V launches and if I read it right, no nuclear upper stage (which gives you an idea of the vast benefit of using nuclear rockets over chemical rockets). It was envisioned as the first step toward a later, larger expedition that would land astronauts on Mars.

Both of these were basically six months to mars, 18 months back to Earth missions.

Finally, here’s a full up mission to enter Mars orbit, land, and return with a lot of rock samples. Total amount to be lifted to LEO, 2,100 tonnes, fifteen Saturn V launches, most of them with a cargo of nothing but fuel. On the upside, total mission time is cut to fifteen months.

eta: the plan involved using a stretched Saturn V with strap on boosters, capable of lifting 250 tons to LEO, so you only need nine launches.

“Other Saturn-V derivatives analyzed included the Saturn MLV family of “Modified Launch Vehicles”, which would have almost doubled the payload lift capability of the standard Saturn V and were intended for use in a proposed mission to Mars by 1980.[57]”

Yes - they could have done so.

Well, deae Libertatis is certainly by far the biggest statue in that picture, by a huge margin.

Seems doable as the Mariner missions used Atlas rockets, and Viking used Titan, and they’re both smaller than Saturn. (Or am I looking at it incorrectly?)

Kinda undercuts their whole marketing plan about how cutting edge they are when someone is still surpassing you from your grandparents time - and they did it with slide rules.

Slide rules and an essentially unlimited budget. USA wanted to show the Soviet Union it could get to the moon first, and cost wasn’t an issue.

the Mariner missions used Atlas rockets, and Viking used Titan, and they’re both smaller than Saturn. (Or am I looking at it incorrectly?)

Unmanned missions can be far lighter than manned missions. Once you add food, water, air, and a pressurized habitat, you’re upping the bare minimum mass of the mission by a hundred fold, or a thousand fold if you get ambitious about it.

Slide rules and an essentially unlimited budget. USA wanted to show the Soviet Union it could get to the moon first, and cost wasn’t an issue.

I would guess that materials, controls and manufacturing techniques have improved a tad in 50 years as well. 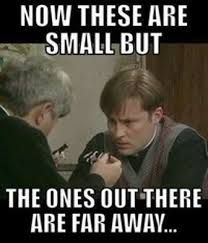 It’s number three, by quite a large margin. And soon to be fourth.

This list of the tallest statues includes completed statues that are at least 30 meters tall, which was the assumed height of the Colossus of Rhodes. The height values in this list are measured to the highest part of the human (or animal) figure, but exclude the height of any pedestal (plinth), or other base platform. The definition of statue for this list is a free-standing sculpture (as opposed to a relief), representing one or more people or animals (real or mythical), in their entirety or...

Thank you for the link, I learned new stuff!

But as I said, (emphasis added)

Well, deae Libertatis is certainly by far the biggest statue in that picture, by a huge margin.

(And anyway I was just making weak jokes)

I’ve seen the Status of Liberty from Manhattan. It looks quite small.

I see the Statue of Liberty from my office kitchen window. It does look tiny, and sticks in my head as tiny. When I finally visited it though, it does feel really huge when you’re next to it. Bigger than a building somehow, I suppose because you don’t expect something with such a complex shape to be so huge. But yeah, I feel like you really have to have been next to it to feel the visceral comparison

It’s always a contest isn’t it?

I’ve always wondered why everything big has to be compared to the Statue of Liberty. I’ve never seen it. Most people in the world (and probably even the USA) haven’t seen it.

I’ve been in it, all the way up to the crown,

It’s not that big (but it IS a pretty cool double spiral staircase).

Quite. And Jeff Bezos is laying it on a bit thick with the New Shepard.

1.Giant Stars An interactive website comparing the Earth and the Sun to some of the largest known stars | 2.Three largest stars identified BBC News | 3.What is the Biggest Star in the Universe? Universe Today

Betelguese is 55% of the diameter of UV Scuti