I thought that the gold standard for bath-n-body product mosquito repellent was Avon’s Skin So Soft?
Wow, they actually market it as such now: insect repellent | AVON

Came to say this, Skin So Soft has been sold as anti-mozzy in the Scottish Highlands for years. I don’t think it repels them, so much as swamps and drowns them.

In other off-label news, perfume is a great allergy test as well, particularly in elevators and other enclosed spaces. Thanks to all the hardworking volunteers out there!

Except that, while annoying, fragrance allergies are generally not real: http://www.healthcentral.com/allergy/c/3989/26134/rhinitis-fragrances/

There’s a good CMAJ article too, but it was in a PDF.

I can’t get this to load for me, so could someone explain what is meant, in the context of the linked article, by fragrance allergies not being real? Certainly, one can have allergic reactions to things inhaled, I think that’s fairly settled. How is that different from “fragrance allergies”?

Short version: if you get a reaction to a fragranced item during a skin test without smelling it at all (nose plugs I guess?), it’s a real allergy. Otherwise, probably not.

There was a PDF from a Canadian medical journal I also found (Google “are scent allergies real” and it should come up), and it mentioned that in studies where subjects are told about fragrances beforehand, there are more negative reactions than if they’re not.

That makes sense, irritant seems more accurate, and more cathartic to say anyway. Calling an elevator with perfume in it a “virtual gas chamber” in the opening paragraph is a little…stronger…than I would have gone with the analogy…

Ugh, I hate this so much. I react badly to most scents. Like nose pouring clear mucus and migraines for days. I know its an irritant reaction, and not an actual “allergy” because no histamine reaction (and antihistamines don’t work). But gotdammit if people don’t tell me all the live long day that there no such thing as “perfume allergies” as if I’m trying to put something over on them or being dramatic. I’m having a reaction that is not an allergic one, its still fucking real! UGH! (I had to share an office with a woman that sprayed perfume on herself in the office everyday for over a year, it was miserable.)

Side note: if people stuck to actual botanical extracts or essential oils I’d have no problem. Its the cheap drug store synthetics that kill me. Like a knife inside my sinsues. So not fun.

I avoid areas with perfume, as I feel like I’m having a minor asthma attack. Unfortunately it is occasionally unavoidable, such as in some airports (e.g. Manchester) where you have to go through a duty free shop full of perfume in order to get to the gates. My wife hardly wears it any more - one time before we were married she came over to see me while I had an upset stomach. She leaned over to kiss me, and I instantly gagged and threw up. It was all very romantic…

I’m the same way with synthetics – headache, eyes watering. But I love fragrances made from the real stuff – and, of course, it takes a lot less of them to make a nice scent. They don’t seem to diffuse into the whole room either.

I’ve always wondered if what’s setting me off with the fakes isn’t the smelly part at all, but a carrier or preservative or something.

Scent gets so weird. I have a friend who freaks out if she even thinks I’m wearing perfume (and I don’t around her), but she cheerfully uses a scented laundry detergent that gives me headaches.

a carrier or preservative or something.

Likely its this. I’ve been getting airway constriction from sunscreen… which as a red head is almost a death sentence. Did you know, if you start having airway restriction reactions to things they do not test for allergies for fear of triggering anaphylaxis? FUN! My doctors just said “Oh, so you can’t use sunscreen anymore”. Ok then!

People are sooooo defensive about their scents. You cannot say anything about it. And mostly I don’t. But jeez, I’m not saying you smell bad, calm down! LOL

Not to pry, but which kind of sunscreen? Chemical barriers, or physical?

I’m a ginger too- and I have to be moderately careful about what I use (though nothing as dramatic as you’ve described).

But jeez, I’m not saying you smell bad, calm down! LOL

Only because you are polite, though, right? I mean, they smell terrible.

Honestly, I don’t know, I know for sure chemical, but I’m not going to chance it to test the physical ones.
Once I figured out what was going on I pretty much stopped experimenting on myself because its fucking scary.

Hats and rash guard shirts for me now!

I’ve found the same thing as well. I’ve got a pretty bad dust allergy which leaves me with a baseline of easily irritated mucus membranes, so I have pretty strong reactions to perfumes. My wife recently starting playing around with essential oils, though, because in Brooklyn, there’s only so much you can do to control the smells by keepin your own space clean*. The oils don’t bother me in the least, and have the desired calming effect. You pointed out that some of the irritant effect may be psychosomatic, and I was expecting a strong reaction. For diffusion, she has a little teardrop-shaped hanging dish with a tea candle under it, and puts a drop in. Our apartment is now lemongrass manor (of course, in a tiny one bedroom, diffusion is pretty easy to accomplish)

* paraphrased Quote of the Day from the latest Brooklyn Nine Nine: [driving upstate] “What’s that weird smell?” “It’s the lack of urine, you have to leave Brooklyn to get it”

I had an allergist who told me I have sensitivities to perfume. They are like allergies only not treatable. You can only have an allergy to a protein. It still sucks to smell cheap perfume; you just can’t take a steroid to get better.

Hats and rash guards for sure. So much better, anyway- they don’t wash off or need re-applying. No missed spots, either.

That super sucks, though.

Honestly it sucked more before I figured out what was going on!
Nothing like an intermittent allergic reaction while you’re out swimming in a lake or ocean or biking trails to have doctors say “it could be anything!” - at least know I know what to avoid! 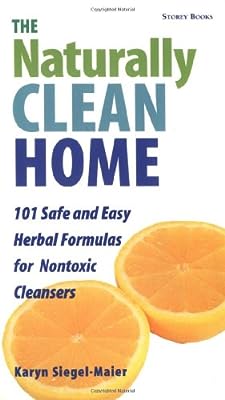