One of the coolest things about getting older is seeing the same “trends” come through on these cycles. I heard about this back in the early ‘90s.

Kind of unrelated, but speaking of pheromones, there have been cool studies showing strangers can identify t-shirts of blood-relations (so, for example, identify from a selection which ones are parents and children) by smell, but not of spouses or such, even though they share a bed and similar diet, etc.

Basically you wear your vaginal fluids as perfume.

Kind of unrelated, but speaking of pheromones, there have been cool studies showing strangers can identify t-shirts of blood-relations (so, for example, identify from a selection which ones are parents and children) by smell, but not of spouses or such, even though they share a bed and similar diet, etc.

Yeah, there are various studies that show humans can detect smells that we can’t consciously perceive (sort of like “blind sight”), like immune system markers that would make a person a good genetic match for reproduction, or chemicals from human tears. So while calling them “pheromones” is still seen as controversial, there’s no doubt we’re being influenced by smells produced by humans, without being aware of it, that make people more/less attractive to us, change our mood and hormone levels, etc. You know, all the things “pheromones” are supposed to do.

I’d not be at all surprised if vaginal fluids have chemicals that have mood/hormone impacts on those who can smell them (though it’s probably unnecessary to relocate any fluids to other parts of the body). If nothing else, it might subconsciously make people think of sex (or very consciously, depending on how much one uses…)

So while calling them “pheromones” is still seen as controversial, there’s no doubt we’re being influenced by smells produced by humans,

Totally. Lots of women report being more approached or attractive to or whatever you want to call it to the opposite sex during the week of ovulation in their cycles. I noticed it often from my mid twenties to mid thirties. A very noticeable difference.

“If people truly believe that there are pheromones, they’ve been misled,” she says. “I think it shows us how very easily medical disinformation can become perceived as fact.”

The perfume industry and Patrick Süskind worked hard on that one. Ok, to be fair, blue-blooded dimwits did so before.

My point is: this is a case where everyone and their dog has preconceptions which make it easy to believe in vabbing having an effect.

The best propaganda is the one people tell themselves.

Dab on a little slash of Pitzman’s ™ everyday and head out with a bit more piss to your stride.

Next up “Why Ball Sweat Smells Good, Actually”

I swear, I’ve been around some folks in my day who must have been dabbing their asshole.

In the early '90s a gentleman was often seen at Bay area Dead shows with a bunch of roses to give out to the ladies. What was less obvious was that the top one had usually spent a little time under his armpit first.

My wife got me with Jean Nate when we were in high school. I still sing the song when she’s spritzing some perfume.

I told her about this new trend, she said gtfo. 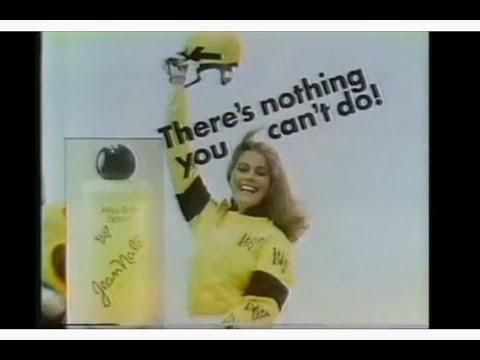 So while calling them “pheromones” is still seen as controversial, there’s no doubt we’re being influenced by smells produced by humans

I mean, we’re influenced by a lot of scents…for instance it’s well known the scent of baked bread encourages people to shop longer. And definitely someone we think smells good is more attractive than someone who doesn’t, as thousands of years of perfumes tell us. I’m not sure it’s right to equate just reacting to how other people smell with pheromones though, which are supposed to be signals with a specific physiological response.

In other mammals pheromones aren’t even just detected by the nose, but by a special vomeronasal organ at the back of the throat…a lot do something called a Flehmen response where the lift their lip and suck in air to investigate them. Humans don’t do that, don’t have a functional vomeronasal organ, and despite a lot of interest reports of compounds with consistent responses are really questionable. So my suspicion is it’s more that people grow to like certain things than that we have preset pheromones, which is after all how a lot of things work with us.

Anyway, on the main topic, plainly wearing vaginal fluids is gross, and people should stick to traditional perfumes made from things like castoreum, civet musk…ambergris, and…um…you know, maybe people just kind of like gross things.

When I say “influenced by smells” I don’t mean there’s a smell that we can consciously detect that has an unconscious effect on our behavior, I mean there’s more than ample evidence our brains detect chemicals without us being able to consciously smell them, and they directly alter our hormones or have it alter how attractive we find someone or not. I’m seeing new evidence all the time. The idea that we lack a functional vomeronasal organ certainly was the conventional thinking, but it’s been challenged as various bits of evidence have stacked up in recent decades. (I was reading books even 20 years ago questioning that wisdom.) At the very least, there appears to be something fulfilling that role, even if it’s not the same organ used by other mammals.

That we react to scents we’re not consciously aware of doesn’t surprise me…the same can happen with other senses, like how moods can be affected by subthreshold sounds. That we might have receptors to directly affect our hormone levels in a way unlike those other senses does.

When I tried looking into pheromones in different animals a few years ago, everything that came up for people was “we assume people should have pheromones like other species, and this study wasn’t inconsistent with that” type things. I certainly don’t remember anything trying to confirm responses weren’t just learned preferences, like at least a cross-cultural study. If you’ve found something more more solid I’d be interested.

(For the record, I figured I should check and said other species include lemurs but so far no strong evidence from other apes either.)