Video: Cops pry off a front door lock before realizing they got the wrong house

Originally published at: Video: Cops pry off a front door lock before realizing they got the wrong house | Boing Boing

It’s really sad that my immediate next thought was, “well, at least they didn’t murder the dogs inside the house like cops are well-known to do.” We’re gotten too used to this shit.

“Nice assets, would be a shame if they were to be, accidentally civily forfeited”

For cops, “damage” is quite subjective, and their skill-set requirements do not include literacy.

From the “more details at Tampa Bay Times”:

“Happily, they fixed it right away,” Michele said. The deputies bought a barbecue lunch for her family, even when she told them it was not necessary.

Broken clocks; something, something…

Yeah, you wouldn’t want to make sure you had the right address before you busted someone’s door.

Yeah it was a huge mistake but they immediately admitted it and even said were going to have to fix their lock. Seems like they took the stand up path in this case

She’ll be lucky if they don’t sue her for the damage she’s caused to their egos’. Image is everything when you put on your costume and they aren’t looking too good because she had her home in the wrong spot.

Exactly. Asking for my name and my phone number after damaging my property probably would’ve gotten a different response from me, too!

Yeah but lemme guess they sent her the bill for both, with a healthy markup.

Sorry, the police come to remove the locks when you’re being evicted in the US? Is that right?

In the UK, the landlord has to organise a locksmith themselves and you’ll get a court bailiff (i.e. a member of court staff in a van, no guns, no nightstick, no taser) to come and do the formal evicting part.

The police only get involved if there’s reason to believe the occupier will kick off or if they’re called because they have kicked off - but only in a public order function.

They won’t have anything to do with securing entry or securing the property.

If you’re really into it, you can get a high court enforcement officer instead of a county court bailiff and they might deal with the locks themselves.

And they do tend to cosplay being police officers a bit with stab vests and what have you. Still no guns.

Just another reminder that the police serve and protect property, not people/citizens: 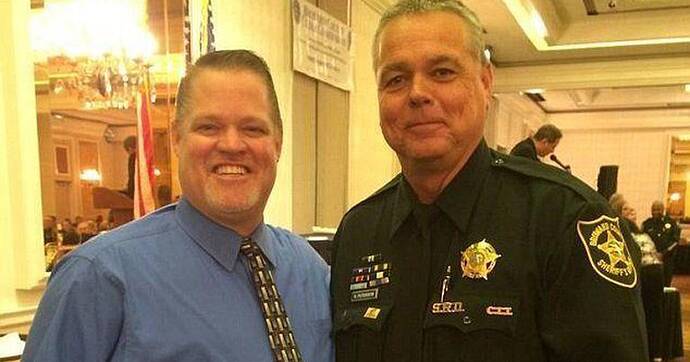 Cops and schools had no duty to shield students in Parkland shooting, says...

At least they didnt just have their SWAT team drive their heavily Federal Govt. subsidized MRAP through the front wall of her home and flash bang grenade her pooches inside. So…progress…?

It wouldn’t happen that this family was, perhaps, of the caucasian persuasion? (No, i did not RTFA)

Hmm. Where I come from, that term “kick off” commonly means dying. That’s obviously not the definition you’re using, so can you be specific?

informal•British
become very angry; suddenly start an argument or fight.
“I don’t want her kicking off at me again”