Military dolphin masturbator, now that’s one for the fucking C.V.! 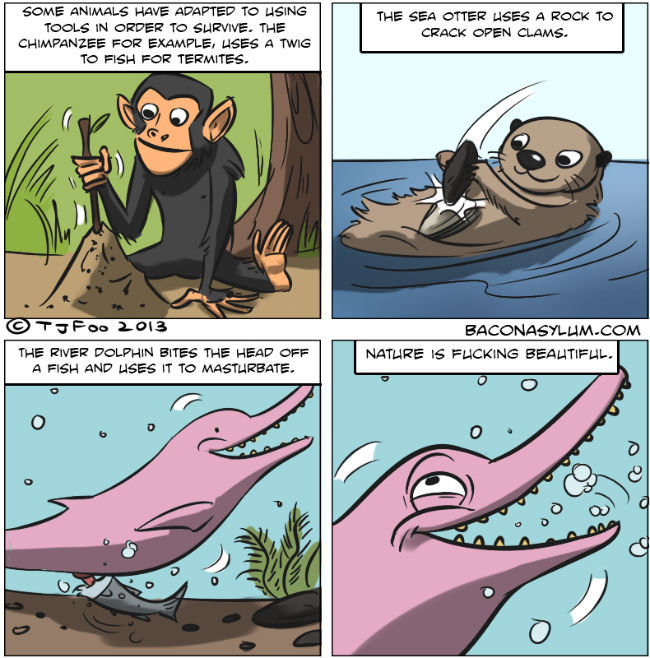 We need to build a wall around the ocean…

The dolphin can hardly go down to the shop and buy his/her own iPad.

I wish there were dolphins everywhere ready to snatch the iPads out of the hands of idiot tourists who insist on walking around using iPads as cameras.

This. People taking photos with iPads (always iPads it seems, never any other brand) deserve to have them confiscated/wettened.

“Dammit, I stole this iPad and the damn thing isn’t even waterproof, and I forgot to steal the charger”

Jokes on you guys. Android pays them 5 fish for every iPad and iPhone they send into the water.

Why the iPad hate? I’m an amateur photographer myself, and I prefer an actual camera to a tablet- or phone-based camera, but in the end a camera is a camera. If it’s a cheap one wrapped up in a portable navigation, library, phone, photo- & movie-editing suite, well, it’s just a cheap camera, being used for no more or less than what I use my slightly-more-expensive camera for: to make pictures to serve as mementos of a holiday.

“The best camera is the one you have with you” — some famous photographer.

“The best camera is the one you have with you” — some famous photographer.

Precisely this. Who doesn’t have an equivalent (if not better) camera on their phone? I see a lot of people at sporting events taking pictures with tablets and just don’t get it.

I think that this photo might help explain some of the iPad-as-camera hatred:

When you are positioned directly behind the photographer, the difference between the annoyance caused by a phone photographer and a tablet photographer is pretty obvious. And for some reason probably having to do with market share and the general cluelessness of its users, iPads seem to be the tablets of choice for the worst offenders.

Nothing like going to your kid’s school play, honors convocation, or graduation, and having your line of vision blocked by an iPad-wielding moron.

I get it now. Why take an iPhone when an iPad makes bigger pictures?!

And if they’re taking a landscape photo and have a case which hangs down from the bottom edge, they get to obscure twice as much! 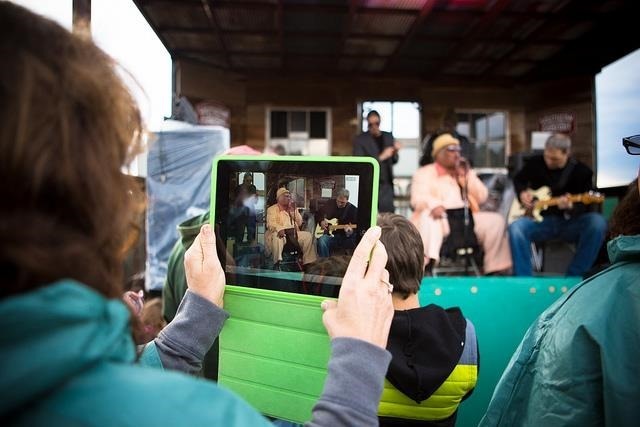 OMG I didn’t even think to mention those cases… LOL