Well, clearly the lady didn’t ask permission to take Flipper’s photo, or even ask him to sign a consent form.

an apple a day keeps the doctor away 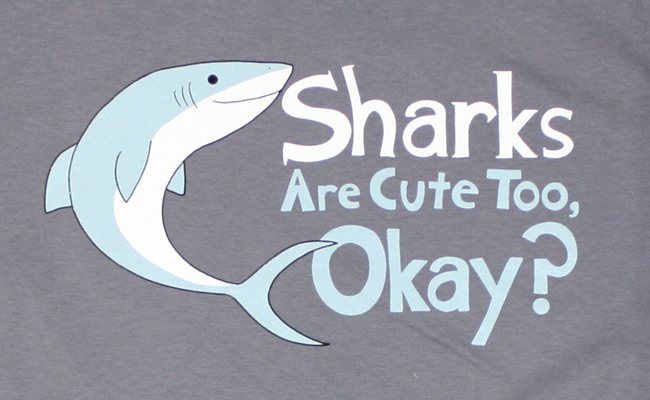 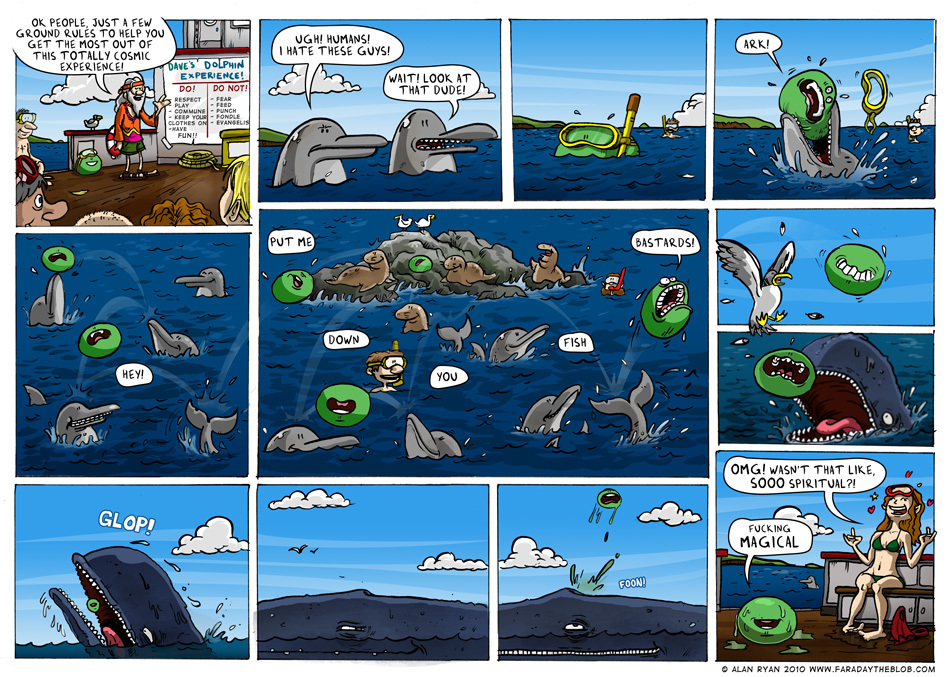 I love dolphins. I spent an entire day at Sea World San Diego, and just about all of it at the dolphin exhibit. I fed them. For a buck you could buy some herring to feed 'em, so I spent a bunch of money on herring that day. It was a bit of a struggle to fight off the seagulls that would dive down in an attempt to steal the fish from the dolphins. So we figured out a method. The dolphin would pop his head out of the water, and just as the birds dove down, he would go back under. Then, as the birds ascended again, he’d pop up quickly for his fish. It was cool - we faked the birds out. Dolphins are so smart.

And, while I understand both sides of the argument, I tend to agree with you about keeping dolphins (and other animals) captive for our entertainment. There’s something fundamentally wrong with it. So I went and swam with wild dolphins - in their natural habitat. That was infinitely better than Sea World.

frickin’ dolphins… coming over here and stealing our stuff… they are thieves… and murderers… and rapists… some, some dolphins, I assume, are good…

We need to build a wall around the ocean…

So long and thanks for all the gadgets.

He just wanted to take a selfie to one-up that pesky macaque.

Just wanted to play some Pokémon go, and imagine the Pokémon as people to capture.

I wish there were dolphins everywhere ready to snatch the iPads out of the hands of idiot tourists who insist on walking around using iPads as cameras.

However, as to the specific details of her job, she told me that dolphins, like any higher-functioning mammals, tend to get a bit cooped up if held in a pen for too long. When held together in a group, they would get extremely aggressive. They would fight, they would act out, etc.

If not for the well known story of Margaret Lovatt, the girl who lived with a young male dolphin for psychedelic scientist John Lilly, and did him similar umm, services, I’d say you were trolling us. But she might have been trolling you. 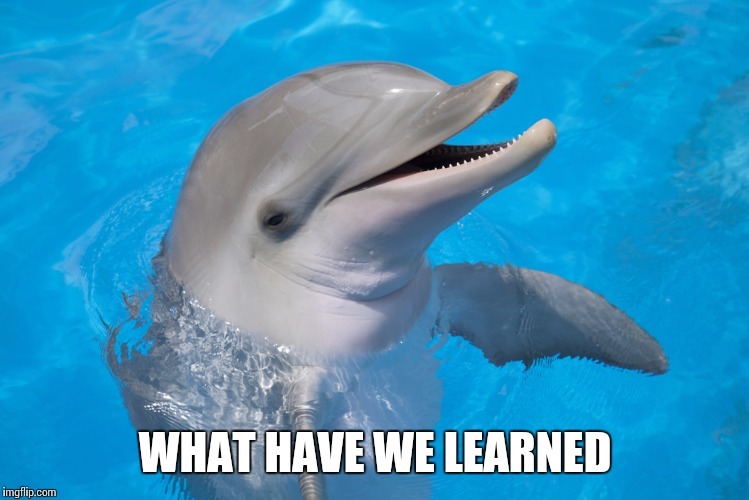