Black Fish was eye-opening. If you can watch that entire film without either becoming enraged or breaking down into tears (or both), you’re probably a robot.

I’m less sure that Blackfish is as true as they would like us to believe. Just because they’re saying bad things about a huge corporation doesn’t make them right. (yes, big corporations do bad things, but they do some good things too.)

I’ve heard a number of things from different sources that suggest there was a lot of skewing of interview material to make Seaworld sound a lot worse than it is. We need to remember those guys do a lot of ocean rehabilitation as well, and have a lot of conservation programs in place.

I think either you work for Seaworld’s damage control group, or you haven’t watched the movie.

Watch it, and you’ll see how far off base your comment is. Seriously. Watch it, instead of listening to “a number of things from different sources” and then make up your own mind.

Torture and degradation of orcas for amusement is not defensible. Killing them, OK, under some circumstances that’s perfectly reasonable, everybody dies anyway. But I hope you’re not going to defend unnecessary torture that led directly to the deaths of humans? Watch the movie. It’s all there.

Orcas, dolphins, and other creatures that are obviously sentient should, under no circumstances, be made to dance for our pleasure. As for Orca “trainers”, yeah, pal, watch a pod of Orcas living and eating together and tell me they need any kind of your stupid-ass training. Dance, monkey, DANCE!

Really was counting on BoingBoing to report correctly on this, they are just closing and retooling, they will open a new Orca show in 2017, nothing is changing…

“We are listening to our guests, evolving as a company, we are always
changing,” Manby said as he unveiled a new corporate strategy on Monday.
“In 2017 we will launch an all new orca experience focused on natural
environment [of whales]."

Yeaaaah not what i mean at all. I’m not saying I agree with the entirety of everything they do, and i agree that conditions for those animals should change, but the entire movie felt like an opinion piece to me. HEAVILY skewed to just make the watcher feel terrible about everything seaworld, and hell, zoos in general. (Cages are bad amirite?)

I definitely do NOT work for seaworld’s “damage control group” as you so call them, just to clarify that, though it should be obvious anyway.

I would also like to say that the movie makes it sound like orcas are super amazingly friendly creatures in the wild. Why is it that we then A: Call them KILLER WHALES, and B: know that they are actually quite cruel sometimes to other ocean mammals, like dolphins/porpoises? How do you know that this lead “directly to the deaths of humans”?

I’m not saying treating animals wrongly is defensible - it’s not. And as I said earlier, yes, conditions for those animals should change, and from what i hear, is. (Larger tanks, some cool stuff with swim tunnels to simulate long swims, etc). It’s not like we can release them into the wild, so from what I can see seaworld is doing what they can to repair damage.

I guess what I’m trying to get at is that I believe Blackfish was twisting facts at least slightly to get the outrage that they did end up receiving (so mission accomplished, i guess?)

So the saying says
An elephant never forgets
Standing in the concrete cave
Swaying side and sing
They walked over the ocean
And their dreams they dreamed awake
Until the lights grew dim
Until the cop cars came
Everybody tells me this is crazy, yes I know

You know they call them killer whales
But you seem suprised
When it pinned you down to the bottom of the tank
Where you can’t turn around
It took half your leg and both your lungs
And I craved I ate hearts of sharks, I know you know it

You haven’t provided any evidence or even any specificity of what facts Blackfish supposedly “twisted”. It felt like an opinion piece to you: fine, others would say it was presenting a powerful case for change.

How would larger tanks and "cool stuff’ hope to replicate the environment of animals whose home ranges are counted in the hundreds of miles?

Seaworld is doing what they can to repair their reputation, nothing else. Until they shut down their captive breeding programme and commit to transferring all their remaining cetaceans to large-scale environments specifically aimed at their rehabilitiaiton and retirement, defending them is absolutely unjustifiable.

True. All these creatures need is our protection from genocide. We probably will need them, in terms of scientific discovery, just as we’ve found that elephants don’t get cancer. So it’s best to protect our ocean going friends.

just as we’ve found that elephants don’t get cancer.

I had to look that one up. I knew that naked mole rats have never been known to get cancer, and the reason for that is, apparently, due to mechanisms in their cell walls, and a hyperactive and very robust apoptosis mechanism that’s very sensitive to “cell crowding”. Essentially quorum sensing. So that’s cool. I didn’t know elephants rarely get cancer. It’s good to learn new stuff every day.

They have many copies of the p53 repair gene. We only get two, one from mummy and one from daddy. 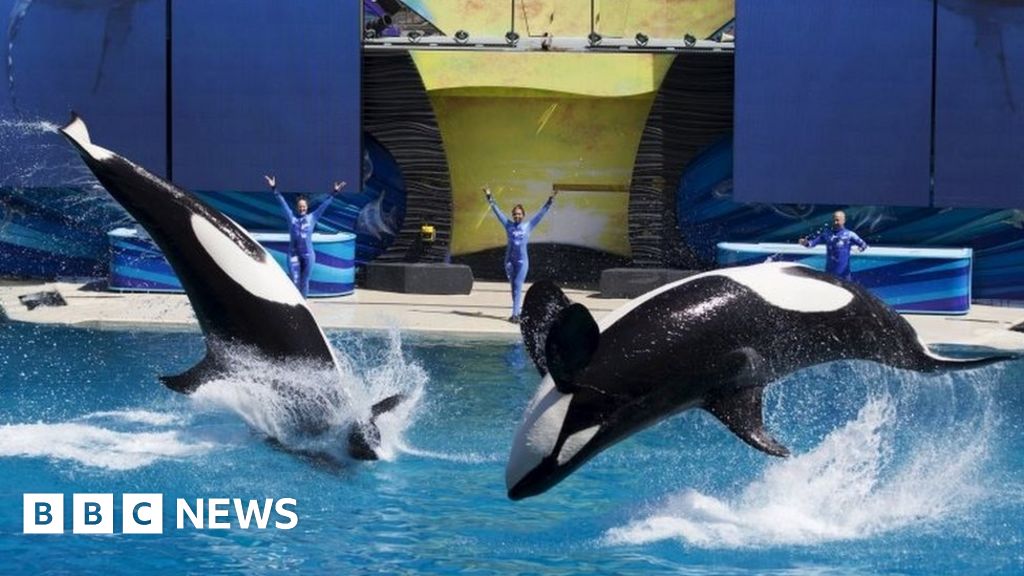 SeaWorld to phase out whale display

The SeaWorld theme park in the US state of California is to phase out public displays by killer whales, its chief executive says, following public outcry.

This is what the BBC world service had this morning. There was also speculation that orcas could be sent to the Middle East or China where Sea World type shows are becoming increasingly popular which I was hoping to find. But that isn’t mentioned here.

I would also like to say that the movie makes it sound like orcas are super amazingly friendly creatures in the wild.

Did you watch the same movie I did?

…just as we’ve found that elephants don’t get cancer…

I’ve read that sharks rarely get cancer as well–I don’t think they’re immune, but for the most part their defenses work far better than ours. And on top of that, Craig Ventner’s “Global Ocean Sampling Expedition” collected a staggering amount of information about the smaller denizens of the deep, which tells me that, again, we still don’t know jack about the Earth’s biome, much less that of the ocean.

From a press release about the event: “<a href=http://www.calit2.net/newsroom/release.php?id=1068>More than Six Million New Genes, Thousands of New Protein Families, and Incredible Degree of Microbial Diversity Discovered from First Phase of Sorcerer II Global Ocean Sampling Expedition”.

The totality is AWESOME. We’ve barely begun to understand it. We should be scrambling to catalog as much of it as we can and understand the complex interactions. If I were King, I’d be dumping money into this basic genetic research by the truckload.

but the entire movie felt like an opinion piece to me.

Except there’s a replacement show for the one being shut down:

[C]oming in 2017 will be what SeaWorld Entertainment describes as an entirely new orca experience, designed to take place in a more natural setting. 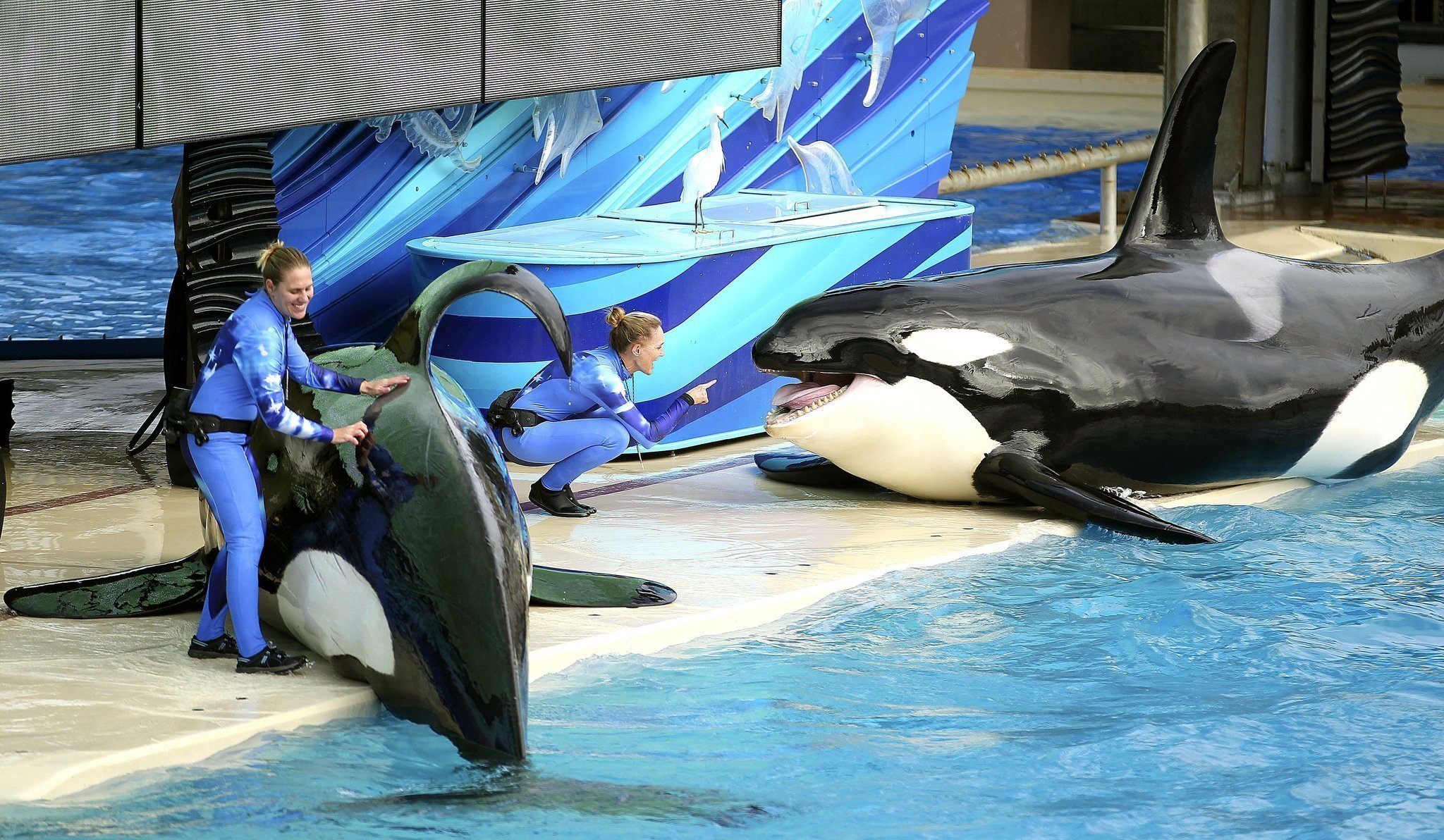 SeaWorld intends to phase out next year its longstanding killer whale show at its San Diego park as part of a comprehensive strategy it unveiled Monday to re-position the embattled company amid persistent criticisms of how it treats its orcas.

So good news: they’re shutting down the orca show. Bad news, they’re starting a new orca show, but in a “more natural setting” (whatever that means). Which really makes it not news at all, I suppose…

Says nothing about it being a show, could be a film/museum exhibit for all you know.

“CEO Joel Manby, who joined the company in March, was short on specifics as to what the new orca shows will entail.”