I made an amazing discovery!!! My spell check rejects ‘vortices,’ which I assumed was correctly spelled, and accepts ‘vortexes,’ which I thought was wrong.

nipping it in the bud…

vortex | Definition of vortex in English by Oxford Dictionaries

Definition of vortex - a whirling mass of fluid or air, especially a whirlpool or whirlwind

I think your spell check is broken.

Pretty sure vortices is the ‘correct’ plural, but I’d expect vortexes to be being used too.

How about matrixes or matrices?

That was really cool. And far cooler than I was expecting.

I believe the technical plural is VORTICICLES (just like matricicles). If the vortex fragments, the pieces are known as vorticules. If the vorticules recombine, it is known as a matriculated vortex. There’s a curious semi-solid ligneous vortex (related to the laminar-flow conditions of sand and ground-liquifaction) that forms under certain industrial high-speed timber reclamation conditions that is known as a vlog.

I believe the technical plural is VORTICICLES

I thought it was vortia?

Anyhoo. Guess I should watch the video before making any more comments. 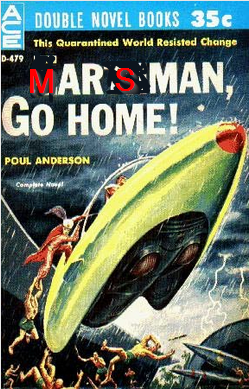 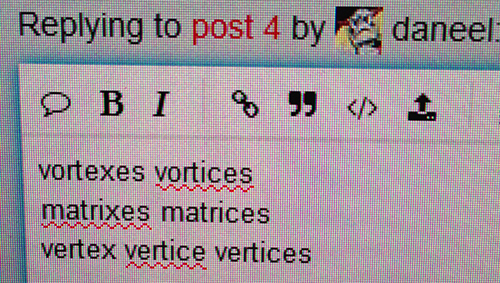 It preferred ‘matrices’ but not ‘vortices.’ Weird.

I’m fairly sure @beschizza grinned to himself when he typed “vortexes”, just because he knew it would get some people’s knickers in a twist…

I wouldn’t have mentioned it if the spell check had accepted both but it actively flagged the spelling from the video, vortices, as wrong.

“Vortices” sounds better to my ears, but that’s just me.

Welcome to America, land of Idiocracy, where the wrong becomes right after enough mis-usage. I did expect more from boingboing, though.
Pardon me while I enjoy an expresso.

I love how the reflected underwater path ends up resembling a Zen enso.