Watch: Annoyed orangutan at zoo grabs gentleman who jumped the guardrail, all for the 'gram

Originally published at: Watch: Annoyed orangutan at zoo grabs gentleman who jumped the guardrail, all for the 'gram | Boing Boing

so he could get closer to an orangutan for a video that he intended to post to social media.

This is where we’re at. There was a time when an idiot who jumped into a zoo enclosure did so because he was a religious fanatic, at least delivering some entertainment value. A wannabe influencer doing it for followers and likes, no so much.

Friendly reminder, the non-human species of great apes are multiple times stronger than humans, have gigantic teeth and have no problem with the concept of using those things to put a much weaker ape (us) in their place. I understand Orangs aren’t quite a vicious as chimps, but that’s not saying much.

I like that the zoo got to grab the instagram traffic for this instead of the idiot.

Orangutan: “Hey, you’re the one who reached out to me, buddy, why the fuss?”

Yeah, they have the strength to simply pull parts of the human body off, never mind the bite that’s 10 times stronger with much sharper teeth…

Reports of orangutan attacks do seem to be far rarer than chimp attacks. For example this paper mentions orangutans only in passing, but covers some seriously nasty chimp attacks.

I understand Orangs aren’t quite a vicious as chimps

A Chimp would have treated him the same way Wonder Warthog treats bank robbers: 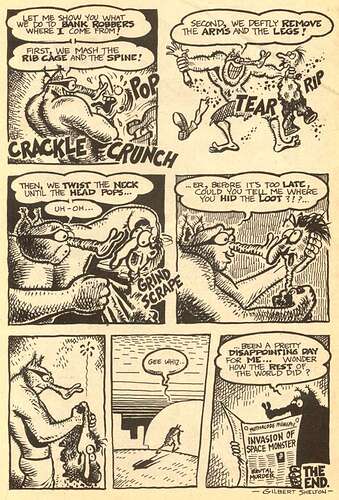 I bet the orang was thinking “OK human, how would you like to be in this cage? Now you’ll know what I go through.”

The guy must have missed the episode of Oprah with the woman who was maimed by a chimp. It’s the perfect example of why nobody should get near a large primate like that.

What he should have done was not that.

Even a lot of the other primates like Baboons can be wicked fierce. I’m pretty sure I could take on a Pygmy Marmoset if I had to, but that’s about it.

The buffoon was smiling and chuckling at the end of the video.

From a few years back: Our morning meetings are always attended by a Safety Officer. Near the end of one particular meeting, the SO had one of our technicians – known by all as an imbecile – read out a safety rule that he had violated the day before. The violation was not a small thing; he and others could have gotten injured or killed. While reading out the rule, he intermittently chuckled, and he smiled throughout. With that, the meeting was over… but not for the tech who was told to remain seated while the rest of us left. So, it was just he, the SO, and (given the details of the violation) the SO’s superior. I hope they tore him a new one. 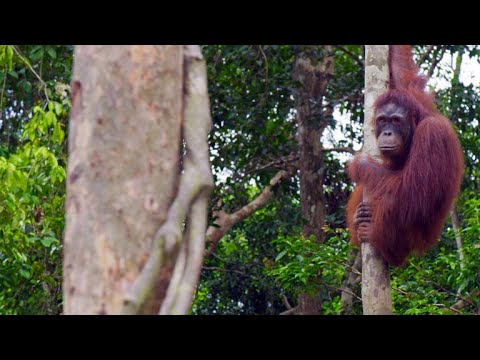 Well, it was just a dumb animal with no thoughts to consequences. On the other hand, the orang was much smarter and knew exactly what he/she was doing.

I think Jerry made his point pretty clear

It never ceases to amaze me how powerful these animals are. I will always remember just how massive the wild chimps and gorillas I saw i Uganda were (they are ripped). You wouldn’t last a second against one.

And the guides very rapid reaction when some other idiots in my group started to get too close to the alpha chimp for a “selfie” and thought he was smiling at them. They (the tourists) were very closely controlled for the rest of the day… (The guides were super professional and the rules were very explicit before we started the day).