Watch: Another skier chased by bear, this one relentless, baring teeth

Originally published at: Watch: Another skier chased by bear, this one relentless, baring teeth | Boing Boing

Amazingly, Stoica seems to stay calm throughout the chase

Wasn’t there some sort of sport where people would ski and then shoot rifles? Seems like a great slope to practice that sort of thing.

Next time the bear comes back with a rocket strapped to its back.

Yes, a biathlon [Biathlon - Wikipedia], but don’t use the standard competition rifle (22. long ), because bear will then kill you, instead of just giving you a mauling ~
(Too bad all the bear spray(repellent) was used up storming the Capitol).

Not to be speciesist, but damn bears look weird when they run. Something about how they turn their front paws in makes it look damn silly. I’m sure my observations would be different if I were on that slope, though.

Crikey, that bear has got an impressive turn of speed. It is a shame that the creature is now one more missed meal closer to death.

As @Les_Pane mentioned; that ski instructor is very well named.

The time honored game of “chase the Romanian”, good times, for the bear.

California: We have Bear Valley! 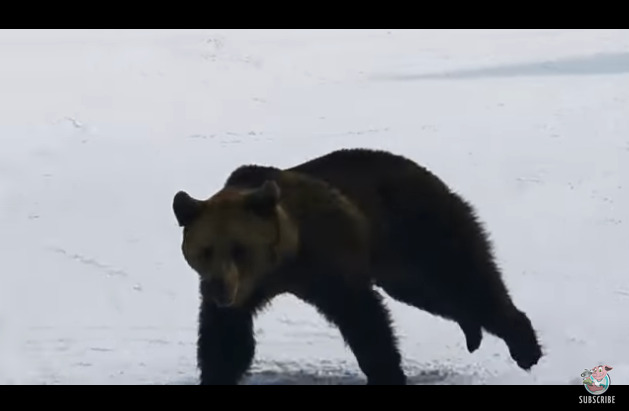 Bear: “You know, at least the Germans brought snacks. And the Americans were slower skiers. How’s that vaccine distribution coming along?”

You can see that bear’s ribs. Looks starved to me. I wonder if it’s an environmental thing or just a that bear thing

In Romania, young Brown Bear has a play.

You can see that bear’s ribs. Looks starved to me. I wonder if it’s an environmental thing or just a that bear thing

end of the winter, bear maybe coming out of hibernation recently so the winter fat is gone. He maybe should go back to bed for a while . (I’m told bears do this, their hibernation is really not complete so you can encounter them throughout the winter. Don’t know really other than to say always carry your bear spray whatever the time of year)

Considering they have already had an incident of this earlier in the year, why were the resort staff not carrying bear spray? This bear has had an interaction with people that probably didn’t make him any less likely to engage with people in the future which will lead to the bear being shot or a human being injured. Or both. If you can afford ski equipment you can afford bear spray

Live cam inside a bear den. The menu in the upper right of the video frame has the previous day’s timelapse that shows how active they can be while hibernating.

What, no mention of SkiFree? 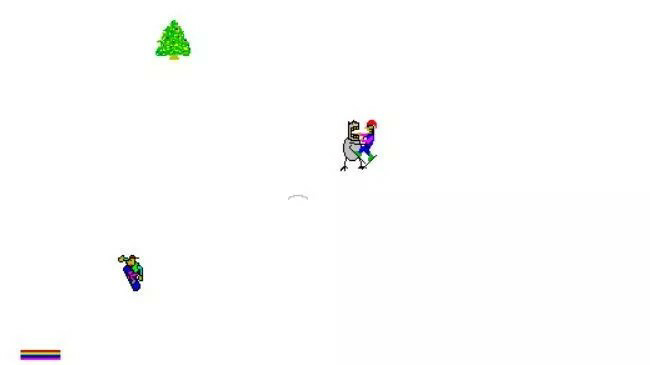 This is either some seriously amazing backward skiing (at least, to this guy who can’t ski) or some equally amazing over-the-shoulder no-look photography.