Watch as Marjorie Taylor Green gets hostile, combative, and then fails to establish any shred of credibility

Originally published at: Watch as Marjorie Taylor Green gets hostile, combative, and then fails to establish any shred of credibility | Boing Boing

EmptyG trying to establish credibility is like anyone else trying to build a skyscraper in the middle of the Atlantic Ocean.

I don’t care, I don’t even need to really see this exchange (I did watch, oy vey.) It doesn’t matter what she says to Jim Acosta. The Trumpers will buy whatever BS she offers up. What matters is whether a judge thinks she’s lying or dangerous or fit for office. 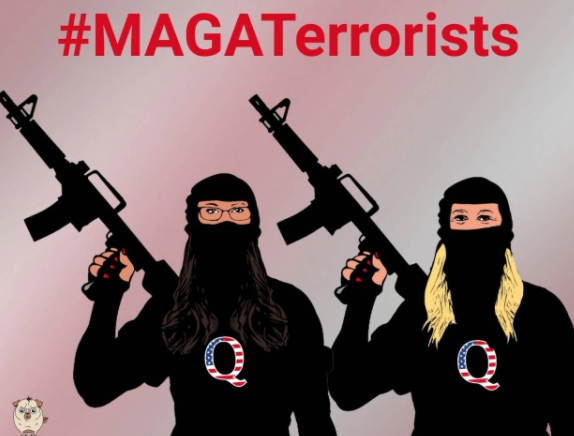 Marjorie Taylor Green gets hostile, combative, and then fails to establish any shred of credibility …

She doesn’t know if that’s her text but that’s not what she was saying?

This headline is a bit like “Watch as news anchors sit in front of the camera and talk about things that likely happened.”

Acosta should have brought a hard hat, because Greene is steamrolling her fucking way through that conversation.

Yeah well, she seems to be sucking up a lot of oxygen these days with little retribution.

She’ll be on a POTUS ticket before you know it.

I didn’t have high hopes for that hearing last week but if they can get this in before the judge makes his report maybe just maybe. 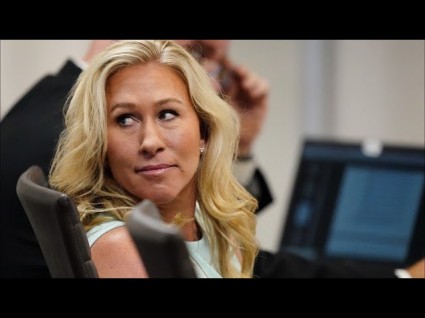 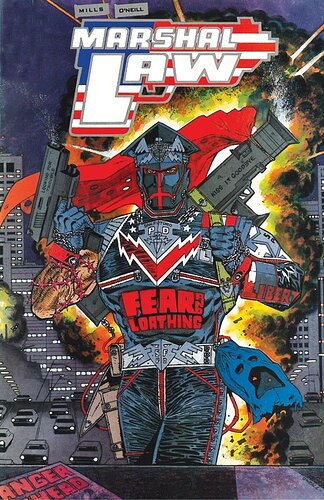 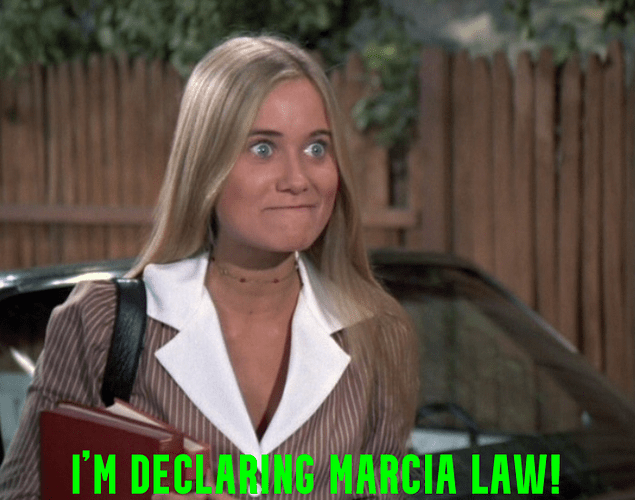 Is it more binding than the Carol Brady Act which forbids playing ball in the house?

She looks pretty scary; @_@ I would assume so.

The only argument that text was innocent weaker than the one she’s going with is saying " Look, I accidentally sent that text before I was finished. I was trying to get Meadows to convince President Trump to declare Sammo Hung’s Martial Law an under appreciated, and unjustly forgotten gem of late 1990s television." 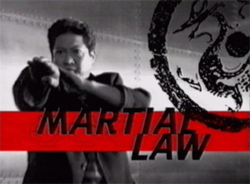 Martial Law is an American action-adventure comedy television series created by Carlton Cuse that aired on CBS from September 26, 1998, to May 13, 2000. The title character, Sammo Law (Sammo Hung), is a Chinese law officer and martial arts expert who comes to Los Angeles in search of a colleague and remains in the United States. The show was a surprise hit, making Hung the only East Asian headlining a primetime network series in the United States. At the time, Hung was not fluent in English and ...

Kudos to Acosta for staying calm while being repeatedly called a liar.