Okay, so she’s clearly lying about things she must remember, but is that the best her accusers got? I mean, her accusers can’t prove that she actually can remember something she claims she doesn’t, right?

I’m still waiting for evidence of something more damning that definitely demonstrates she should not be allowed to run for office again.

…[S]hould someone with such acute memory loss be able to run again…?

I’ve been repeatedly asking that question at least since the iran-contra hearings.

All the “I don’t remember,” BS must cease to be an escape for these lying, cheating bastards.

Her testimony is not the only evidence. There is video and Twitter, and testimony from others. She can forget stuff, but it’s too late to erase it. I wish I could see the future on this one.

i refuse to watch even a millisecond of her, but Patton Oswalt said on twitter that her blink rate was through the roof, and we all know how that correlates to, you know, knowingly lying.

“Sir do you know how fast you were going?”

“No, I honestly can’t recall.”

Man, wouldn’t life be grand if only the rest of us could pull off such expert memory management skills.

A “memory” nursing home may be in Margies future, she got the “forgets” something fierce.

Wait a minute, her memory is coming back. She remembers tweets if they are in her favor and she remembers it was her and not her staff doing the tweets.

is that the best her accusers got?

Seems all they have is the same thing a 6 year old could get after of hour of Googling the interwebs.

The next time she rants about Joe Biden’s failing mind I hope someone reminds her of today’s performance.

Good rundown of the basics of this court case here:

This video of Marjorie Taylor Greene getting busted for lying in court is a...

On Friday, Rep. Marjorie Taylor Greene took�the stand to give a foggy recollection’s worth of testimony in an Atlanta court hearing over whether she should be disqualified under the 14th Amendment ...

Yeah I respect people for trying and for caring but personally I don’t wanna hear shit unless this vile [redacted] gets prosecuted.

Seems all they have is the same thing a 6 year old could get after of hour of Googling the interwebs.

The lawyer explained early on they were prevented from discovery or using subpoenas. Something to do with her lawyers objecting due to time constraints.

It came up when her attorney objected to not having original video.

The other lawyer said her lawyer can’t object when it was them that prevented him from getting evidence.

I wonder if after this hearing the transcript will be scrutinized looking for possible perjury.

What was the point of going forward with this then? Damn this shit makes me mad.

I’m not a doctor, but it sounds like she’s suffering from an acute case of Reaganitis.

The judge is allowed to make his own judgment as to whether she’s lying her ass off. The smirks don’t help her case.

ETA: why didn’t the plaintiffs follow up the Pelosi gotcha with something along the lines of: “Before we present further video, audio, and written evidence of what you have asserted about the election and the events of Jan 6, is there anything else you’ve lied about remembering during your testimony today?” 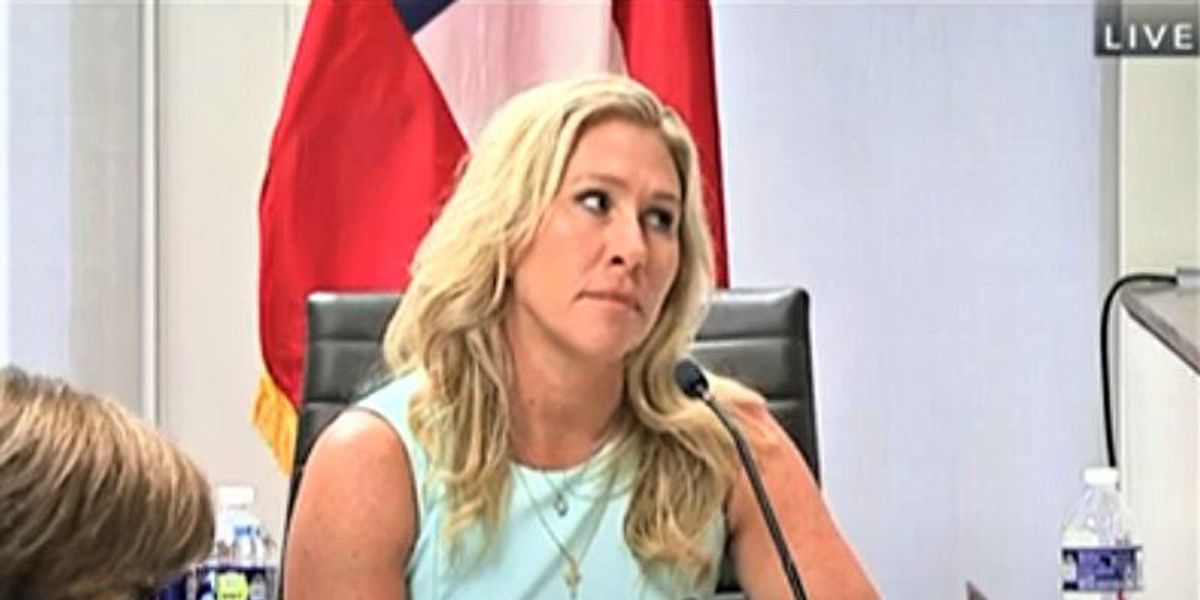 Rep. Marjorie Taylor Greene (R-GA) tried to argue that she was being taken out of context when she was reminded that she once said that "we can't allow a peaceful transition of power" in the days leading up to the January 6th Capitol riots.During a...

“You said in the video on your Facebook page that the peaceful transfer of power ought not be allowed to occur,” Celli said.

“You said the peaceful transfer of power should not be allowed to occur because [Biden] did not win the 2020 election, correct?” he asked again

Celli then played the court a video of Greene saying exactly that.