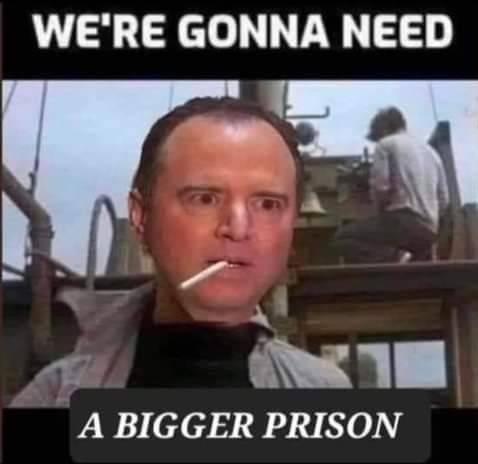 Her claim was debunked months ago, not sure why she’s playing that card now. 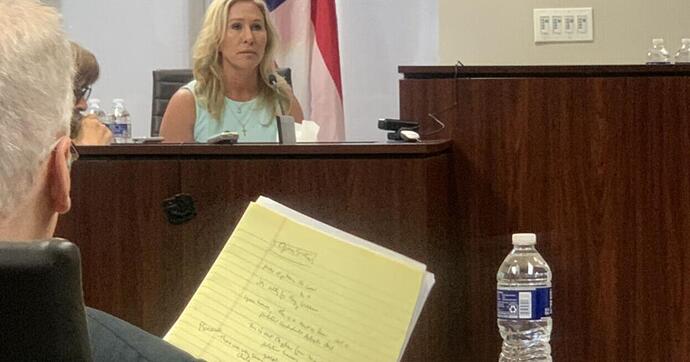 Cause her supporters in the 14th will believe her.

She’s also trying to paint a target on her ex’s back.

It’s incredibly tragic that her seat is pretty much a lock, because she’s in such a deeply red, and deeply stupid area.

I totally have evidence of election fraud, but she goes to a different school, you wouldn’t know her.

because she’s in such a deeply red, and deeply stupid area a deeply gerrymandered area with a long history of racial violence.

So in the divorce, he gets to keep proof of voter fraud, and she gets the evidence of the Jewish space lasers?

It’s horrifying to think it could be intentional - which I hope it’s not - but this is going to cause her ex to get a whole lot of doxxing and death threats. Not a savoury form of revenge.

Have you been paying attention to the woman - her whole public persona is predicated on stirring up doxxing and death threats against her “enemies”… It’s not thing new and no less horrifying that it’s aimed at her husband, soon to be ex. She poses a very real danger to everyone she targets.

I can only assume that if the proof wasn’t produced as evidence it must be incriminating video of GOP fraud.

Because it’s always projection with these jerks.

does her husband have proof that she sniffs airplane glue?

There’s a good reason it hasn’t been revealed - it’s quantum evidence that must be kept isolated from any kind of interaction. The second it’s actually observed, it immediately collapses into bullshit.

Her ex probably knows where several bodies are buried & should beat her to the punch.

not sure why she’s playing that card now

Odd time in the election cycle to remind everyone she’s in the middle of a messy divorce.

Her claim was debunked months ago, not sure why she’s playing that card now.

A convenient way to sic the media on her soon-to-be-ex-husband.