Can’t say I’m a fan of how they shoehorned in the characters from the new movies during recent redesigns but it’s probably for the best that they did away with the part where a procession of weeping women were being sold into sexual slavery.

I also have strong memories associated with the ride, going back to my first time on it age 6 or 7. I still remember my father laughing hysterically as we were about to go over that first drop (“dead men tell no tales…”) and how I tried to hide in the space under the bow as he told me the next one was coming.

Everything about that ride, including the bromine-scented water, brings me back to that day. A visit to the park isn’t complete for me without it.

Looks like a lot of the footage came from this Disney TV special about the opening: Disneyland: From the Pirates of the Caribbean to the World of Tomorrow (1968) - YouTube

That would explain why the gunshots and explosions look “enhanced” (unless the robots were firing real bullets back in the day). 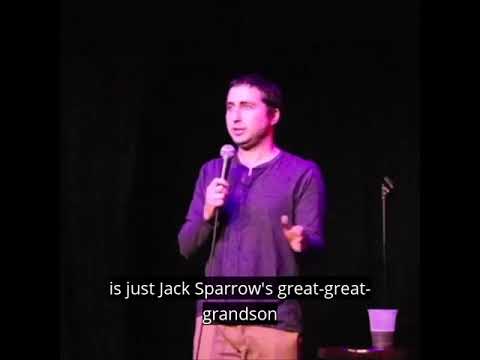 More than that, the ride was obviously lit for filming. Remember, this was 1967, long before low-light video cameras or even super-fast movie film. This was a professional Disney production, not a visitor’s home movie.

Cadavers getting great enjoyment from their gold seems reminiscent of the oil companies celebrating record profits as we head towards an extiction event.

Cadavers getting great enjoyment from their gold 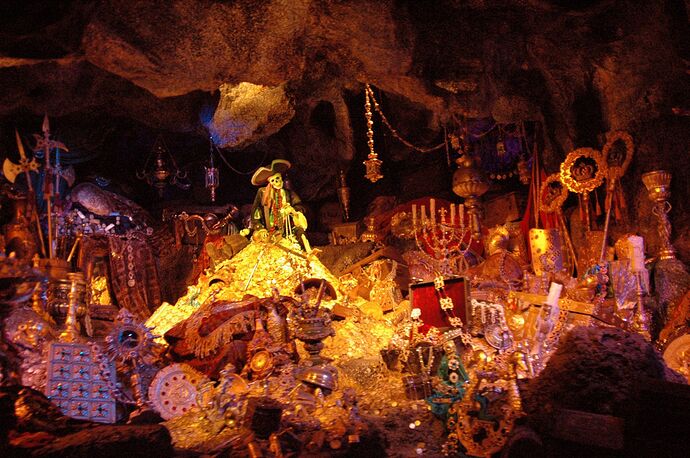 This Disneyland ride may still have real human bones on it

The remains have since been buried — or have they?

They can use that for a modern day reboot of two film franchises: Pirates of the Caribbean meets Poltergeist.

it’s probably for the best that they did away with the part where a procession of weeping women were being sold into sexual slavery.

According to a 1999 interview with Claude Coats, one of the original Imagineers who worked on that ride, even Walt himself had some doubts about if it was appropriate.

“He came in one time and even said, ‘This will be all right, won’t it?’ He was just a little doubtful of auctioning off the girls. Was that quite ‘Disney’ or not?”