Watch: Fire burns a Carnival ship while passengers are docked in Grand Turk

The multi-faceted and figurative toxicity of cruising manifested in an actual plume of nasty black smoke.

Not that any of it will stop this new wave of elderly suckers, who apparently forgot (among other things) that when you get older you tend to need a lot more medical care than you used to.

I’m glad that nobody was injured. Despite the drills, evacuations of cruise ships tend to be chaotic. The problems only increase with the number of passengers, which is why smaller ships are gaining in popularity. Passengers cannot always count on the crew*, either.

Also, if the cruise continues after a fire, the experience can be terrible. Having independent trip and health insurance is always a good idea: 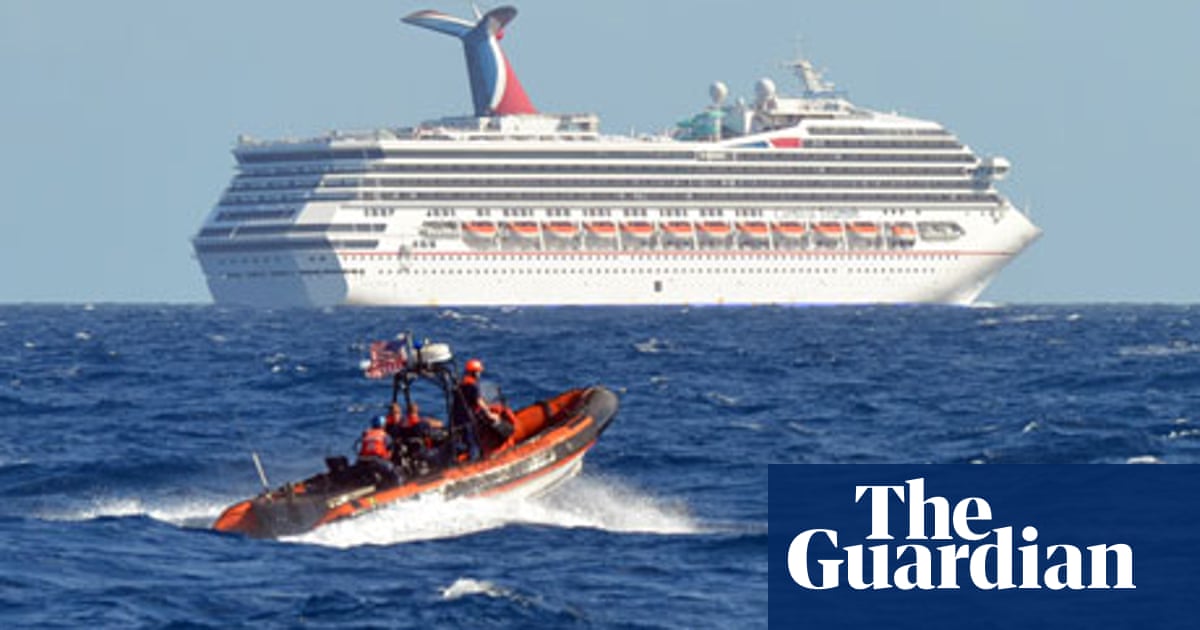 An engine fire on board a cruise ship operated by Carnival Corp left about 4,500 passengers and crew stranded in the U.S. Virgin Islands for a second day on Tuesday and forced the cruise operator to cut the trip short.

*I’ve noticed situations when crew members who spoke different languages had problems communicating in non-emergency settings, like serving dinner. That’s only going to get worse in a crisis.

The fire burned inside the ship’s funnel

If your ship has to catch on fire, that’s definitely one of the better places for it to happen.

Sorry, I am fresh out of sympathy.

The decks surrounding the funnels are usually 18+ top-optional.

But it isn’t the Meatballs utopia that it sounds like though. Far, far from it. More like… Florida at sea.

I stayed in Grand Turk for a week in the off-season. ONE cruise ship came in and we went down to the Port to see what it was like. Everyone coming off the boat seemed to already be drunk and then they just lined up at the Beach Bar and got drunker and sat on their beach (Cruise Ship’s beach).

I can’t see how any of them would be able to function if they had to evacuate due to a fire.