Watch: Florida student told not to say "gay" in graduation speech so he uses a code word that works beautifully

Also, when with this law face a First Amendment challenge?

Keep in mind the Trumpization of the judiciary. 1A claims are likely to be viewed through a very fascist lens for the foreseeable future. We cannot count on court action anymore. The only way out is at the ballot box, and it will require some extraordinary effort considering the efforts to keep us from doing exactly that for that very reason.

The ignorance and pettiness of school administrators and school boards never ceases to amaze. Quite ironic since they are in the knowledge and teaching business.

A lot of great art comes from evading censorship, and this is another example.

Yes, and censorship also often has the unintended consequence of drawing attention to the very thing it’s trying to censor. We probably wouldn’t be talking about this speech if the student had been allowed to say “gay”. Now it’s getting national, even international attention.

I think everyone realizes that great art flourishes, by necessity, in times of censorship and even oppression, and of course that’s not an argument in favor of either condition.

Courts have already established that students don’t have 1A rights during school functions. So this is “alright.” 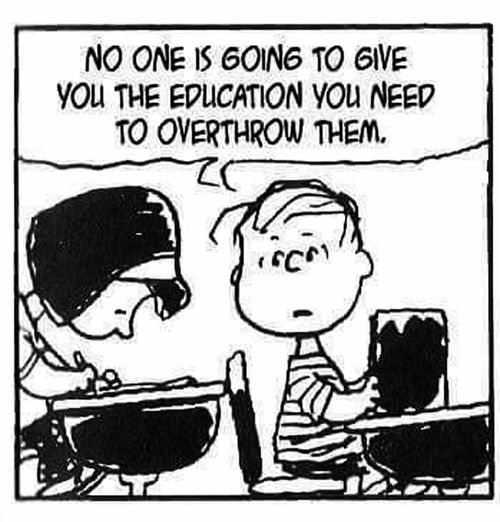 Quite ironic since they are in the knowledge and teachingindoctrination business.

Seems like Florida, and increasingly other places, see this as the purpose of ‘education’.

My wife’s family lives in Sarasota, and my eldest niece attends Pine View (as did her mother and my other sister-in-law). PV is a public school, but it’s the local gifted high school. Students have to test in. It is, by all accounts I have access to, a pretty great school.

This makes me wonder if the principal was doing one of those “sneaky compliance” things – as I said, it’s a public school, and s/he would be a state employee. But I find it a little hard to imagine that the head of the smart kids’ school would be homophobic. I also find it EASY to believe that a dedicated homophobe would’ve shut this down in a rage.

But this is the effect they want. There’s no clear cut policy in place, so anyone can sue the individuals at any time, if they feel they’re in violation of the specifics. A quick reading of the actual statute would suggest that it’s actually fine if the student wanted to identify himself as gay. But that wouldn’t stop some dumbass parent from suing the principal under the law, which may mean the principal would have to defend themselves, probably on their own dime, which would be costly in time and money, even if the suit didn’t succeed. At that point it doesn’t matter how you feel about homosexuals yourself. All you know is, you can’t afford to get fucking sued, so you play it as cautiously as possible.
This is the diabolical nature of these sorts of laws, playing out exactly as intended: they have a chilling effect on behavior far beyond the actual boundaries set by the law, due to the potential for abuse offered by the explicit vagueness of the language, while offering the proponents the cover to say “well, we never said explicitly you can’t say/do those things!” wink wink nudge nudge

As brilliant as the speech was, is also tragic that his speech had to be about “curly hair”, or even gayness. Hopefully the day will come that being gay is like being left handed. Something that “use to” cause bad treatment, but is now just something that some people are. That day can’t come soon enough.