Watch guy get punched in his home made Batsuit

That’s not a test. THAT’S a test: Project Grizzly- Testing the suit

A supervillain whose super-power is breaking his own wrist?

Ooooohh, right in the pec!

Well, it’s a good thing he protected his anonymity to ensure those he loves are never harmed.

His loved ones were gunned down in crime alley, you insensitive jerk.

I wonder what bullet resistance it provides. And how much cost/work would it take to get it to a level III. Or, better, level IV…

Edit: Perhaps use ceramic “scales” as inserts in the silicone, somewhat along the lines of the Dragon Skin vest? Overlapping little ceramic tiles, if possible something available off-the-shelf as something else (alumina spacers, silicon carbide elements…)?

Also, I’d suggest some sort of forced airflow under the vest. That thing is guaranteed to become hot inside.

Further idea: Glass tiles may be sufficient for lower ballistic grade; glass insets were used in some Russian WW2 tanks. Can anybody with access to a gun and a suitable range try out those mosaic tiles, cast in silicone in two overlapping (shifted by half of side length) layers?

Well, I know what I’m getting Phoenix Jones for his birthday.

Depends chiefly on if you need one.

I’ve heard that while a Kevlar vest will stop a bullet, it doesn’t just vanish all the kinetic energy. So while you might not die, a gunshot still hurts plenty. I don’t imagine those demi-uppercuts hurt much, but a good cross would still probably knock the guy down.

I’ve heard that while a Kevlar vest will stop a bullet, it doesn’t just vanish all the kinetic energy.

That is true. Some of the energy gets dissipated in deformation and fragmentation of the projectile, some (a lot) in shattering the ceramic plates (if present), the rest gets transferred to the body (or vehicle or structure, if we talk about non-body armor). In the case of this batsuit the energy of the impacts looks like spread to a larger area; this may be helpful if combined with a ballistic layer to reduce the concentration of the transferred kinetic energy (and prevent broken ribs or too painful bruises, which is what body armor trades gives you instead of the intended perforation).

Gonna need a bigger codpiece before that outfit makes me feel safe. 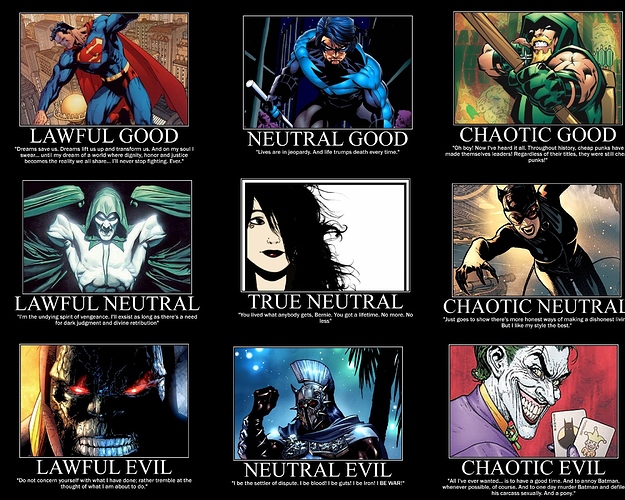