Does he fake an American accent all the time now, or just when he’s being interviewed by xenophobes?

Also, using cocaine at home is a sign of serious addiction, Mel.

You could tell by his reaction when Waters started asking the question that he’d been warned not to answer any questions like that.

Does he fake an American accent all the time now, or just when he’s being interviewed by xenophobes?

Gibson was born in New York and lived there until he was 12, and has spent considerably more of his life living in the United States than in Australia. Just because he spent his teen years and early adulthood in New South Wales doesn’t mean he’s “faking” his American accent.

To be fair (I know, Mel Gibson, but in general) when you’ve lived somewhere for long enough, you tend to adopt the local accent. Mel Gibson’s original Australian accent isn’t really important to his career, he mostly plays American characters, so he’d lose it just doing his American accent all the time. Compare that with Arnold Schwarzenegger, who’s accent is absolutely important to his career and wasn’t forced to “Americanize” his accent for his roles (barring that one time they dubbed him over and billed him as Arnold Strong, but that hardly counts).

Edit: Huh, didn’t know he was born in NY. I guess the Aussie accent was the one he adopted. Still, my point remains proven!

It was my understanding (and correct me if I’m wrong), but Arnold worked VERY hard early in his acting career to try and get rid of his accent, feeling it was an impediment to getting roles. His English diction improved immensely, but he was never able to really bury it. Eventually, though, it became part of the reason he got roles and at some point I’m sure he just rolled with it. The overdubbing was his very first role, before he’d put any time into trying to get rid of the accent (and I suspect was the reason he worked so hard on burying it).

As for Mel, well… I still love Mad Max movies. And Gillipoli. That’s about all I have to say regarding him these days.

I didn’t know about his American past, but every time I’ve seen him talk it’s with an Aussie accent. I just did a quick YouTube review and it seems about 50/50. Point is, he knows his audience.

He might be like me. I have a very flat, almost midwest sound to my speech, but at times I slip into a deep, rich Maine accent. Especially when stressed, or tired, or just trying to be funny. Or when I’m talking to other Mainers. Code switching.

The recordings of his drunken rants sound like a mostly American accent to me so I assume that’s his default setting.

Wow.
A segment of video is not necessarily a representative sample; but taking a TV talking-head interview as when people generally try to come off at their best, it looks like Gibson is barely hanging on to sanity.

Jump to 4:45 to avoid needless bullshit in your life.

Compare that with Arnold Schwarzenegger, who’s accent is absolutely important to his career and wasn’t forced to “Americanize” his accent for his roles (barring that one time they dubbed him over and billed him as Arnold Strong, but that hardly counts).

I don’t know if that is a good analogy. An Australian accent isn’t too far off from an American accent, and if you live in America for decades, a lot of it can fade. But in this case, Mel went from an American accent, to an Australian, back to American due to where he lived. When it comes to accents of the language you speak, I easily start to emulate the people around me if I am there long enough. I don’t even mean to do it.

Arnold for sure has some of his identity tied up in being an Austrian. But I don’t think he could pull of a 100% American accent if he wanted to. It wasn’t his first language and the difference in how sounds are made in German and English can be pretty severe. Still, Arnold’s English has progressed from the point to where he needed a voice actor to dub him, to making fairly powerful speeches where his words are clear. I bet he could speak German with a specific regional accent, though.

but he was never able to really bury it.

Perhaps because of a tuma?

My Dear Wife is my handler, I think the doggo is hers.

I have a southern Ontario (Toronto) accent, but I develop an Irish accent if I get really angry. Plot twist; I have no Irish in my background.

“I was wondering if, you know, you had been the one that jumped up out of his seat and slapped Chris Rock,” says Waters, 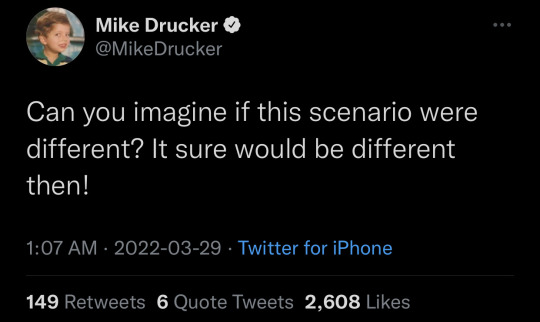 Jump to 4:45 to avoid needless bullshit in your life.

Jump to 5:16 if you’re really serious about avoiding needless bullshit.

Gibson is in a lot of movies coming out in 2022 according to Google. I assume most of them are “geezer teasers” where he’s paid a lot of money for a cameo that gets his name on the poster. If Watters is going on about how he cried over a movie Gibson directed or actually started in it must be pretty racist or anti-Semitic.

That is deeply, deeply weird and totally awesome.

He was good in The Year of Living Dangerously. It was all downhill after that.