That was actually freakishly weird…

Cool, but should have pulled him apart instead. 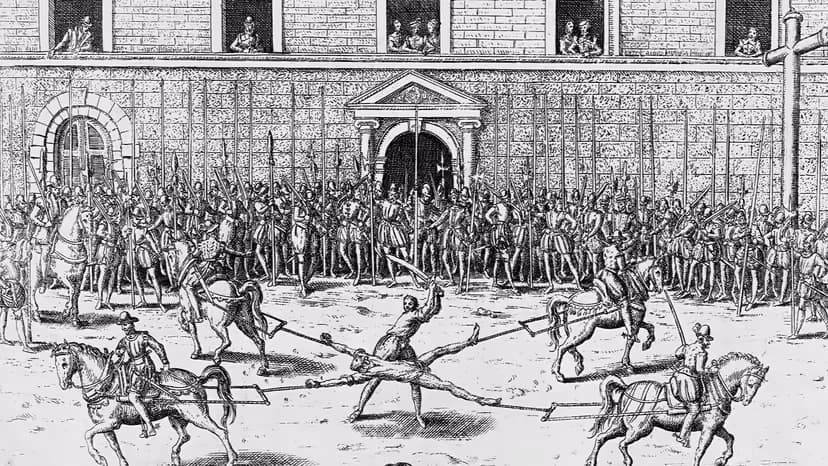 The Action Lab Man starts this video by pinning his hand between a large neodymium magnet and a bunch of 1943 steel pennies. He repeats the demonstration with a Stretch Armstrong toy in place of hi…

I knew the Robot Chicken video had come up before. The old link is dead, but it lives on.

Also, it seems the Netflix cartoon did happen, lasted two seasons, and everyone completely forgot about it? 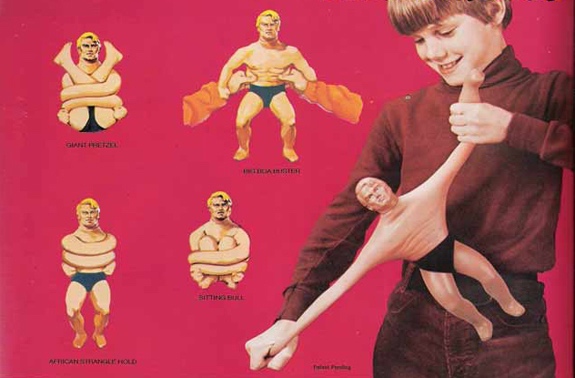 Netflix ordered 26 episodes of a new Hasbro-produced cartoon starring Stretch Armstrong, the iconic 1970s action figure whose rubbery body could be pulled and stretched until its skin inevitable to…

Action Lab Man has it in for toys!

I sure hope they made an NFT first so they can still have the SoV even though they no longer have the physical utilities function.

I have a confession to make. I killed a childhood friend’s Stretch Armstrong back in the 70’s.

I was fascinated by its pliability and its ability to return to its former shape, more than its stretchiness. I spent many minutes simply poking my finger into it, only to have it slowly flow back into shape. I was fascinated. There was a limit of how hard I could poke it with my finger, of course. So, after the umpeenth time of poking it with my finger, I decided to see how much further you could poke it. So, I grabbed a drumstick that was lying nearby and pressed it into his chest, hard. I was somewhat surprised that it didn’t deform him very much . Confused, removed the drumstick, only to find the tip covered with a gooey, sticky substance. It took me a moment to realize that this was, in fact, Stretch Armstrong blood. The drumstick didn’t deform him… it penetrated him. There was a puncture wound in Stretch’s chest that was oozing slowly.

There was no one else around at the time. In a panic, I did what any child would do after accidentally murdering a toy. I hid the body and the murder weapon. This was during a party, so there were plenty of other potential suspects there. When the body was found, I played dumb. I was probably on the short list of suspects, but I was never confronted.

Holy shit I think this is Cronenberg’s next movie

covered with a gooey, sticky substance. It took me a moment to realize that this was, in fact, Stretch Armstrong blood

I remember this too, seemed like the kind of chemical goop you shouldn’t put in kid’s toys. The original “toxic masculinity.”

seems like the “gooey gel* inside” didn’t get a proper representation in this otherwise puissant twitter/tiktok.

seemed like the kind of chemical goop you shouldn’t put in kid’s toys.

I don’t think it was that bad. Anyone remember Super Elastic Bubble Plastic? Looking back on that stuff (especially its fumes) I’m pretty sure it was just some toxic waste someone discovered in an abandoned warehouse in New Jersey and decided to dispose of it by making it into toys.

A friend of mine and I were doing some Christmas shopping years ago and came across Stretch ole buddy. My friend is a pretty big guy and he pulled Stretch’s arm right off. He was surprised that he could do it that easily and nonchalantly placed “Lefty Stretch” back on the shelf.

I frickin’ NEW it was you!!

That magnet is wicked cool. Can it pull the iron out of blood cells? Asking for a friend who’s Stretch Armstrong was killed years ago.

I’m getting a Slo-Mo Guys’ vibe from that inflation video.

I owned a Stretch Monster (Stretch Armstrong’s green, swamp thing, arch nemesis or best friend depending on who you asked) and yes, gradually little holes and tears would appear on its skin, and the oddly sticky pink gel would ooze out. But I don’t think it got all over everything.

We kids were surprised to find that the “blood” was sticky, and not slimy as we had supposed. We were all graduates of the whole Slime™ franchise; none of us had studied the viscosities of various toy fluids at any depth so of course we guessed incorrectly.

IIRC, if you removed the head, there was like a plastic cap underneath that looked rather like the top of a toothpaste tube (in the same way that under the decorative cap of a Lava Lamp there’s like a soda bottle cap).

I remember this too, seemed like the kind of chemical goop you shouldn’t put in kid’s toys.

In the original prototype, they used Karo corn syrup, boiled down to a thick consistency. The actual production material was a guarded secret, but it was most likely some kind of similar corn syrup material, obviously mixed with preservatives and probably some kind of bitterant to make it inedible to most kids. I vaguely remember tasting it and I guess maybe it was sweet-ish?

My childhood experience with this toy went something like this:

Why TF is that vid labeled as “potentially sensitive content” ?! Is it to avoid triggering Mrs Armstrong, and the little baby Armstrongs?!

In the original prototype, they used Karo corn syrup, boiled down to a thick consistency.

Good to know. I think it just freaked us out and we assumed it was a nasty chemical.

Or I guess corn syrup IS to some folks, anyway.