Watch this visit to a market in Oaxaca

Originally published at: Watch this visit to a market in Oaxaca | Boing Boing

Do you have a citation for that claim? I didn’t find anything either way on a quick search.

The farthest we travel outside the US is Canada so our marketing experiences are limited but when we do it’s a grand market in Toronto.

Can’t wait to get back there. Our daughter just got back from Toronto, we’ve been going together for years. She was excited to be able to show her friends around including St. Lawrence Market. 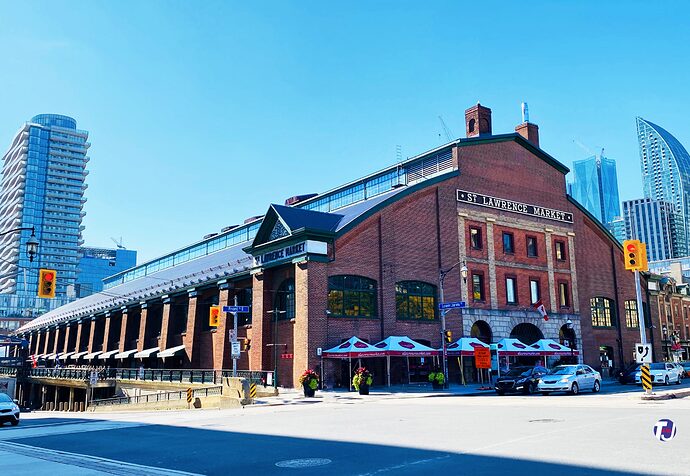 St Lawrence Market South - One of the World's Greatest Markets

The St Lawrence Market in Toronto is a historic marketplace attracting both Torontonians and tourists alike. Once the first City Hall...

We’re also fortunate to be very near Eastern Market in Downtown Detroit. 47 acres of market, the largest historic market in the country. Despite what is said about Detroit it is an awesome city. 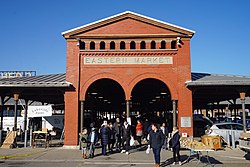 Eastern Market is an historic commercial district in Detroit, Michigan. It is located approximately one mile (1.6 km) northeast of the city's downtown and is bordered on the south by Gratiot Avenue, the north by Mack Avenue, the east by St. Aubin Street, and the west by Interstate 75 (I-75, Chrysler Freeway). It is sometimes referred to as the “Little Italy” of Detroit, although the Italian community has no tight-knit ethnic neighborhood present-day. The district was designated a Michigan State ...

OMG, the current exchange rate for one Kroner is just under 2 Pesos (1.91).

He must have somehow confused Mexico with Brazil, where they do use real money.

r/BaldAndBaldrDossier: Subreddit for discussion YouTubers Bald and Bankrupt and Harald Baldr and their extracurricular activities. Keep the …

I stumbled upon this reddit thread a few months ago.
It attempts to collate his and BaldAndBankrupts’ seedier past, mainly in relation to a now defunct pickup-artist forum. (BaldAndBankrupt is another travel ytber, and friend of harald)

Its a deep dive, mainly focused on Bald. Harald’s instagram also seems to have been deleted, so there’s a lot of broken links and screenshots of old posts. you’ll have to do your own research and come to your own conclusion.

tbh, I was never a big fan of harald. I find him un-charismatic and generally off-putting.
But, I was a huge fan of Bald, and it explains some of the sexist/pervy comments he’s made in the past, much of which, ofc, he’s now deleted

This is the first I’ve heard of Harald Baldr, so I’ve got no idea about him as a person, however, his youtube description is a bit alarm-bellish; or maybe I’ve become too focused on looking for dog-whistles, “Northman with a penchant for history, politics and travel. I seek to spread individual freedom worldwide.”

In which he visits the favelas:

His videos have that “foreign countries as zoos to be gawked at” vibe.

Came here to mention the same.
This claim seems to be better substantiated in posts about Bald and Bankrupt than in posts about Harald Baldr himself.

Not sure to what extent the allegations have been definitely proven, but I reckon there’s enough to go on for BoingBoing to not give him any more views.

mainly in relation to a now defunct pickup-artist forum

If he’s associated with the PUA forums, that’s pretty much all we need to know about the guy. Those “communities” produce violent misogynists by the dozens…

His videos have that “foreign countries as zoos to be gawked at” vibe.

He does this thing where he raises thousands of dollars on go fund me and hands a random street barber or a kid’s parent fistfuls of cash in a developing country, all while the local community or neighbors are like WTF? He’ll also go into slums and just start handing out dollar bills like someone feeding pigeons until he gets completely mobbed. It’s pretty ridiculous clickbait. Not to mention you know, he could just give the money to a local charity organization.