Water futures are "going to be ugly"

Originally published at: Water futures are "going to be ugly" | Boing Boing

I remember about 20 years an engineering neighbor of my in-laws saying that water in the future in some areas is going to get harder and harder to find. Somethign like, “People are going to have to start moving out of deserts and crops won’t grow everywhere they do right now.”

I assume what happens when predictions are wrong – in the sense of not severe enough because they hoped for some action – is the same thing that happens when they are bang on, only a little faster. Because politicians have still not been taking them seriously. 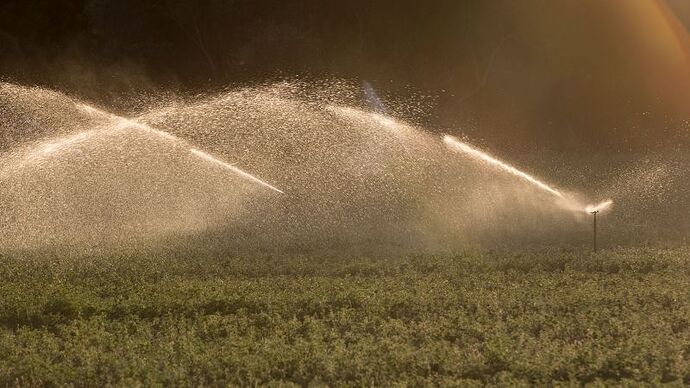 There's a new commodity in town for investors to trade: water.

“The bottom line is there just isn’t going to be enough water available.” 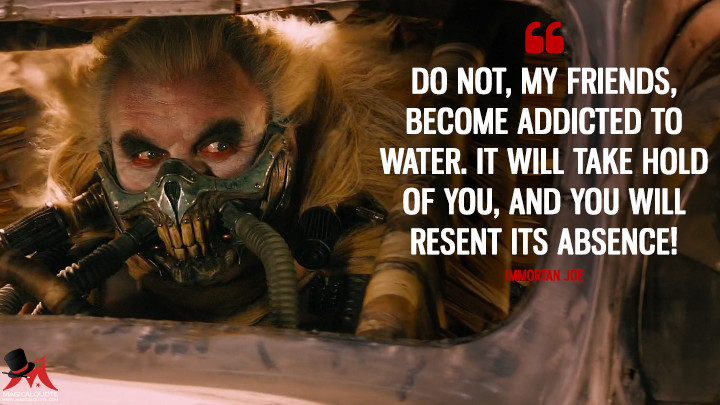 I’m guessing that the current dominance of the Denver Post article’s comment section by very, very, concerned gentleman “GolfNow” who is holding forth on the coming destruction of capitalism by taxation should tell us something about the odds of a cogent response to the problem.

As for the question about capitalists; I’m inclined to go with the same answer that goes for healthcare: I wouldn’t expect it to solve the problem; but it would be a notable advantage over the current system, which sometimes adopts capitalist jargon when some visibly disturbing outcome needs to be justified as an impersonal and rational outcome of market forces, but is otherwise substantially unhindered by things like ‘price signaling’.

In the case of water; I’d expect that you’d absolutely see people hung out to dry; but you’d also see a lot fewer golf courses in the desert if the irrigation cost(Even the obviously interested USGA says that those can run up to 6 acre-feet per acre per year) were even hazily related to some sort of market price rather than the practically imaginary rates that typically govern agricultural use. It wouldn’t price everyone out; but it’d move a lot closer to private-jet rich rather than business class rich.

(edit: here is a substantially more detailed golf course land usage breakdown. I’m assuming that the ‘Golf Course Superintendents Association of America’ has strong and dubiously well-founded positions on the importance of their work; but I also suspect that they’re a pretty solid group to ask about the details of who is growing what on the green where; so long as you don’t get the started on whether that’s stupid and wasteful or shockingly stupid and profoundly wasteful.)

As for the question about capitalists; I’m inclined to go with the same answer that goes for healthcare: I wouldn’t expect it to solve the problem; but it would be a notable advantage over the current system, which sometimes adopts capitalist jargon when some visibly disturbing outcome needs to be justified as an impersonal and rational outcome of market forces

I’m chilled at the thought of comparing this to healthcare, considering how many people in this country die for lack of it, or are pushed into homelessness because of medical debt.

Who is making money off of this catastrophe?

I think John Oliver’s reports on utilities and water provide the answer to this question. Although the utilities report focuses on electric companies, the concept of increasing rates tied to acquisitions as well as infrastructure projects and spending seems to be increasing everywhere:

With the addition of two meaningful rate case filings in California and Missouri in July, American Water Works Co. Inc.

The rise of privatization: 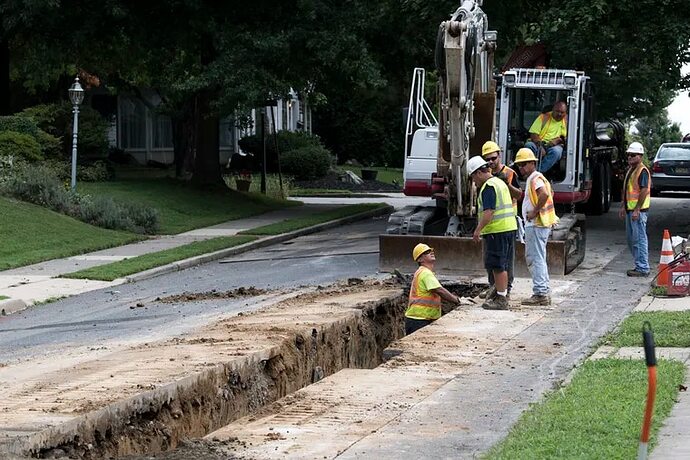 A Pa. law sets off a feeding frenzy for public water systems. Will customers...

Private buyers say they offer solutions to troubled towns. But critics worry about rates. Under the law, utilities can charge ratepayers the appraised fair-market value, rather than the lower, depreciated cost. 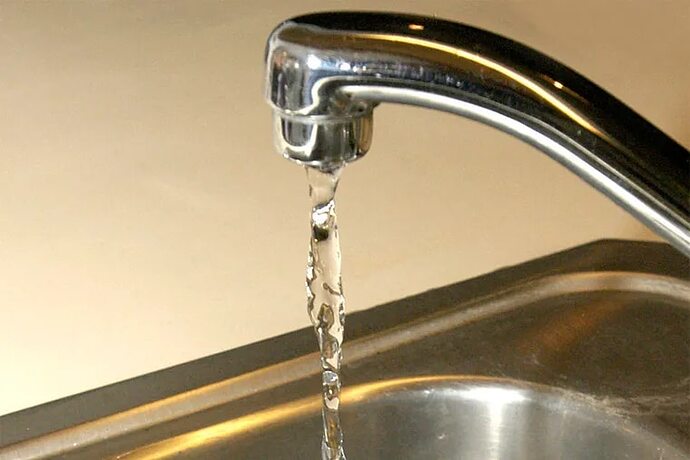 What I’d like to know is how much public infrastructure funding is supposed to offset these costs being passed along to consumers.

the coming destruction of capitalism

Thanks for the reminder that, even if fascism is defeated, the future is guaran-fucking-teed to be full of unprecedented death, injustice and sorrow, probably within our lifetimes. The environment needed to be humanity’s priority decades ago, but the worst of us are still putting their own greed over the continued habitability of the planet even now. Maybe there’s still time to prevent outright extinction, but too much damage has already been done for us to avoid the consequences. I fully expect that if I die of old age it’s going to be in a world with dead oceans, devastated ecosystems, brutal natural disasters, wars fought over access to water, and the extinction of many of the world’s most beautiful, fascinating and vital species, and it infuriates me. At least I won’t be leaving any offspring to grow up in such a hellscape.

At the end of the day, all water problems are engineering problems. All the water stays on the planet, it just ends up salty, dirty, and in the wrong places due to mismanagement.

The solutions to getting the right water to all the right places are actually pretty straightforward, but they will be expensive. Aqueducts, pipelines, treatment plants, and desalination. All of these solutions are expensive and a lot worse than if we’d managed water properly in the first place, but it seems that ship has sailed.

Given that the solutions are expensive, it will be the poorest that suffer the most, same as it ever was. I recently left California in part to get away from eternal drought. There’s no escaping climate change, but if one has the means to move, one can choose a location where the climate change problems aren’t as bad. I guess that makes me a climate change refugee of sorts.

Now with even more Greed; and new formula Short-termism!

Certainly unregulated capitalism. I was reading yesterday how skyrocketing food prices are at least in part due to deregulated futures trading on things like grains, which sounds a lot like oil price gouging to me. So now we can add water to the mix of things poor people won’t be able to afford. Humanity is like the proverbial boiling frog, the only difference being that some people are willfully turning up the heat.

The solutions to getting the right water to all the right places are actually pretty straightforward, but they will be expensive. Aqueducts, pipelines, treatment plants, and desalination. All of these solutions are expensive and a lot worse than if we’d managed water properly in the first place, but it seems that ship has sailed.

If the mountain won’t come of Mohamed… Really we just need fewer people living in deserts that don’t have enough water to support them. Especially if they spend their time pretending to live in a wetter area, with green lawns, golf courses and irrigation based agriculture.

Thanks for the reminder that, even if fascism is defeated, the future is guaran-fucking-teed to be full of unprecedented death, injustice and sorrow, probably within our lifetimes.

The three great crises of our time – the climate emergency, growing economic inequality, the resurgence of fascism – swirl together in a vicious whirlpool. All we can do is keep applying friction against one or more of those forces to slow them according to our abilities. Give up or try to run away and we just get sucked deeper into it.

There’s no doubt that things are going to get rougher all around for those of us lucky enough to have lived most of our lives during the post-war economic anomaly. Giving equal priority to taking care of others and to ourselves is the only way through.

To be fair general people living in the desert isn’t the biggest problem. It’s the farmers who have decided that the desert is the best place for their crops …

“ from the southern 2/3 of the state. As people flocked to the mild climate and agricultural richness of southern California”

Those farmers are holding absolutely MASSIVE amounts of water hostage because they have “first rite” to it dating back to the turn of the century and refuse to share literally billions of gallons with humans.

(Adding and also may not have all of the details right) then there big business. In the gulf some Chip makers want to move in and they demanded basically exclusive access to ALL of the cities water. The city planners say sure, we’ll just build some desalinization plants. The plants never got built and also all of the waste water from the factory is now polluting the nearby delta with billions of gallons of salt run off because the manufacturer doesn’t want to install proper Easter water systems. Fucking greed and our leaders fucking tolerate it.

Other desert cities are a problem, but cities like Vegas have been working on minimizing their demand. While Salt Lake City hasn’t done a thing.

The problem can be mitigated, but it all depends on who gives up their water rights, who sacrifices and whose prepared. It’s mostly ugly because people are ugly.

See our list of best (and worst) places to live when it comes to climate change. We ranked each of the contiguous 48 states on several climate change-related factors.

Can science predict the consequences of predatory capitalism – as a policy determinant, ideology, and cultural phenomenon?