What a child's car seat looked like in the 1960s

Originally published at: What a child's car seat looked like in the 1960s | Boing Boing

Nonsense. 1960ies VWs had an entire dedicated compartment for toddlers. Right behind the back rest of the rear seats.

Still an improvement over bouncing around like a ball or crashing through the windshield.
The first step in the right direction isn´t wrong for being a first step 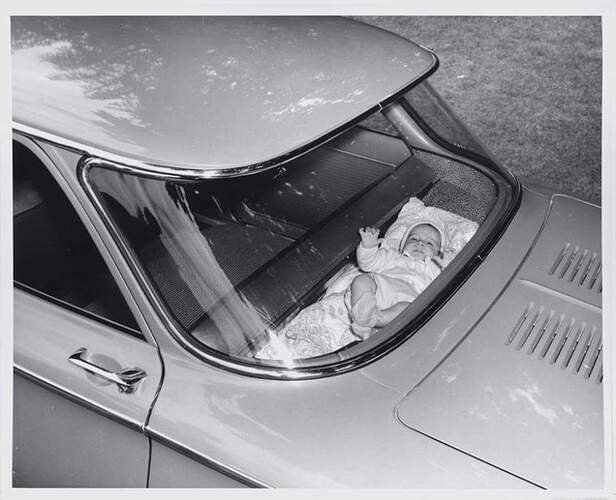 especially if mother is driving alone with the youngster.

The thought of father driving alone with a toddler was too revolutionary to be conceived.

“Just pack the grocery bags around the baby, Susie.”

I bet this was considered a truly wonderful thing by adults who had to drive solo with toddlers at the time! I hadn’t even thought about that before.
And then you can just tie them up to a sign post while you do your shopping, since they’re already on the leash.

(Kidding! But it is funny to picture a similarly-leashed kid playing with all the puppers that get left outside cafes nowadays.)

Both warm and cozy due to the rear engines.

It appears the concern here was the toddler distracting the driver or hurting themselves by being loose to squirm around in the car. This isn’t about safety in a crash at all. Obviously an unfortunate and glaring oversight but I see what they were doing in a way. Not saying it was right, just saying if you aren’t thinking about collisions and just care about loose kids causing trouble in your car then it has a sort of logic to it.

Volvo was, as expected, more on it from the get go, though the only brochure picture I could find was circa ‘73- 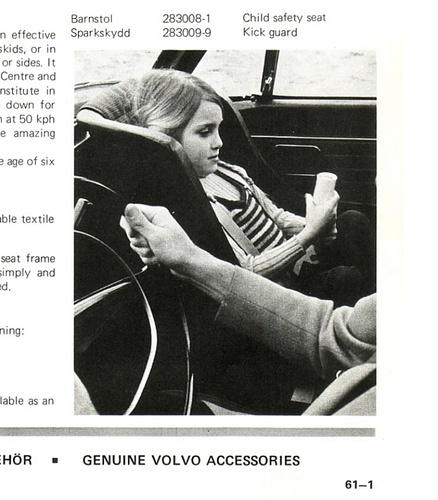 Some interesting history, including the first dedicated child seat (not a safety seat!) from 1906: 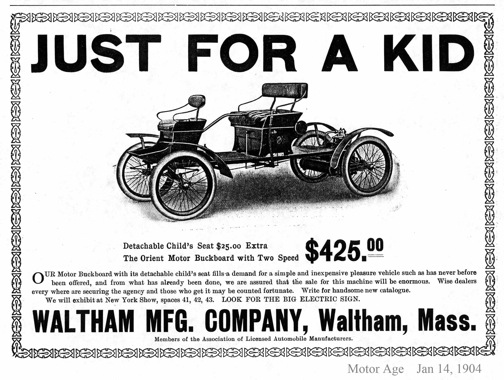 How the child car seat went from deadly novelty to lifesaver

If you drive and have kids, you probably own some kind of car seat for carrying the little dears. The safety technology has come a long way.

I remember riding back there when I was a kid in the early 60s.

Man, I remember my car seat from the mid 70s. Because I know my sister and I think even my brother who was born in 81 used it. It was metal tubing and padding. I guess better than nothing, but we sure have come a long way since then.

How old is that child? Could be anything between twelve months and twelve years.

I recall helping a friend put car seats for his kids in his parents car so grandpa could have the kids for a day. My friends dad said when they moved by car from Arizona to Chicago in the late 60s when my friend was a newborn, they just put him in a laundry basket.

I can still remember being about a 5-year-old (around 1960) and being in the front seat of my mom’s car when she had to make an emergency stop. I don’t remember if I was standing or sitting but I went head-first into the windshield. I wasn’t hurt but the windshield was badly cracked!

Just imagine if it had been a crash!

Before 1960 or so you’d be hard-pressed to find a car that had safety belts for the adult passengers.

My first car was a vintage Ford Falcon—considered one of the safest cars on the market at the time it was built—and even that thing didn’t have shoulder harnesses until we put them in as an aftermarket mod. 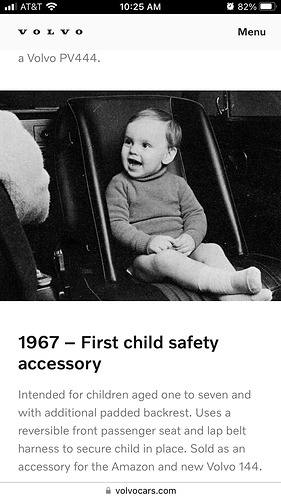 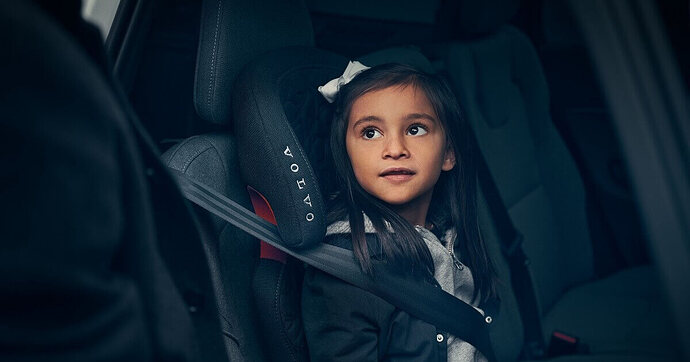 Child safety in our cars has always been a guiding principle for us. Discover some of our most important child safety innovations over the years. Learn more. 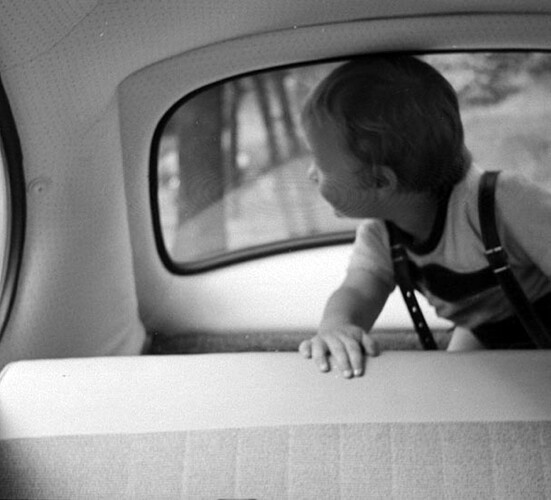