Originally published at: What becomes of various types of automobile if you try to run them over a huge pit in a soft-body physics simulator | Boing Boing 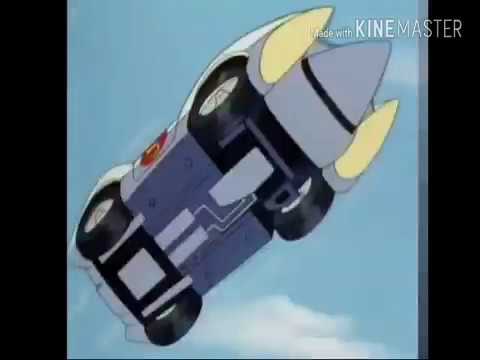 I enjoy these as well. Except for the cars vs. giant ramps one. That’s literally a recurring nightmare for me, going across some super high bridge and being flung out into the air (but I still watch them because… ya know).

Beware of square pits in roadways.

No forklift? I am disappoint.

I like how everyone uninjured enough to get out the front door of the bendy bus can still hobble to their destination, but the Mercedes jackass-wagen ends up in the pit. This is as it should be.

Yeah, if you like beam.ng videos (and judging by the frequency they come up here, you do), you need to watch Griffin McElroy and Nick Robinson slowly lose their minds and give in to cosmic horror through dicking about in it.

I am really surprised which ones made it. The Mustang is not the lightest of the bunch and the Cybertruck is for sure not. Not to mention the bus probably would have if it wasn’t a double.

Now I’d like to see real cars for a comparison. Y’know, to test the accuracy of the model: science!

Or, IRL: Bay Bridge Collapse in Great Quake of 89 - YouTube

Vaguely wonder how many physics issues were factored into this soft body physic simulator. For instance were aerodynamics part of the simulation? That is, maybe some of these models would’ve more likely “survived” if they were run in at closer to their top rated speed. At least we may be sure(?) that front/rear wheel drive would’ve been part of the simulation for if they could get a powered purchase on the landing lip of the pit? Thankfully, at least the exhaust piping tearing off was lovingly simulated. heh.

The video in Mindysan33’s comment shows the view from above, revealing the cybertruck went around, not over the hole. The driver, a young Jim Kirk, is believed to have reprogrammed the parameters of the simulation to enable his survival.

Maybe the township could put up some blinking lights. 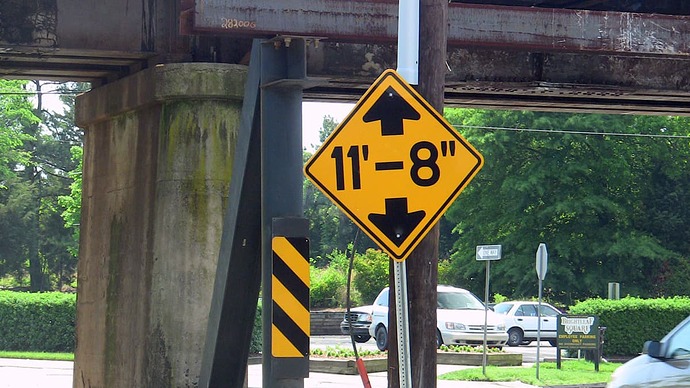 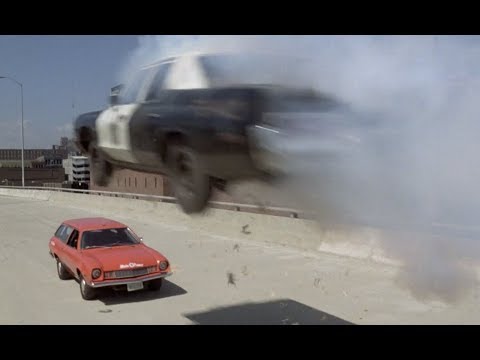 The Mustang must not have been driving away from a Cars and Coffee since it didn’t crash. I suppose if there were a crowd of spectators at the bottom of the pit, it would have headed straight down there to attack them.