Hmmm… A leadership attribute list. I must repost this on LinkedIn.

He recommended the books, As a Man Thinketh by James Allen, Awaken the Giant Within by Tony Robbins, Think and Grow Rich by Napoleon Hill, and The Richest Man in Babylon by Og Mandino.

He left out Peddle One of the Most Addictive Substances Known to Man by Every Crack Dealer Ever.

Do not become addicted to water, it will take hold of you and you will resent its absence. –Immortan Joe

There were many things I didn’t care much about: politics, legal issues, the Iran-Contra situation (Rick was fooled by the CIA into providing drug profits to the Contras).

Yeah, just tell us how to make money be a sociopath leader.

I will have to go find the interviews later. I wonder if he addresses how the crack negatively affected his community? There are people dead and families broken because of him. Does he own up to that? Sure it is nice I guess he gave back some, and he tried to keep the violence level down (which didn’t work later in the 90s). But that doesn’t make up for the fact he was peddling poison.

While I am a proponent of making drugs legal, I am not blind that it does cause social ills, and especially as an illegal trade there are all sorts of bad thing tied into it. Pablo Emilio Escobar Gaviria (Spanish pronunciation: [ˈpaβ̞lo eˈmiljo eskoˈβ̞aɾ ɣ̞aˈβ̞iɾja]; 1 December 1949 – 2 December 1993) was a Colombian drug lord and narcoterrorist. His cartel supplied an estimated 80% of the cocaine smuggled into the United States at the height of his career, turning over US $21.9 billion a year in personal income. He was often called "The King of Cocaine" and was the wealthiest criminal in history, with an estimated known net worth of US $30 billion by the early Escob...

LEADERSHIP!? This is what passes for leadership in America today?

Jeesh. No wonder the rest of the planet alternates between hating us, laughing at us, and wanting to move here. . .

Err, I mean…I’m american and I think most of this is great advice (well, aside from the whole ‘traffic in illegal goods’ bit. What do you specifically take umbrage with?

Again, I’m confused by this. A sociopath wouldn’t do 90% of that list, unless you’re simply saying that leadership is sociopathy, in which case I guess congrats on anarchy?

If you can hold up a drug dealer as an example of leadership and say that his crimes aren’t important. Then what is the leadership you’re peddling good for?

Wait, when did I say his crimes weren’t important? If Charles Manson were to tell you that regular exercise and watching what you eat are parts of a healthy lifestyle, the fact that he’s a murderous psychopath doesn’t make him wrong.

Rick Ross spent a fair amount of time in prison and I’m not debating that (or heck, even debating whether or not he might deserve more time in prison, but that’s the court to decide), but if he was an effective leader as a drug kingpin, and we refuse to learn anything from his experience, that strikes me as particularly dense.

None of the advice he’s giving here is sociopathic in nature. At this point I’m assuming that you simply didn’t read the article at all before hopping in here and commenting.

Edit: alright, I see that you’re referring to the article. I still don’t think that states what you’re getting at, other than the Iran-Contra situation portion, which I think the article at least assigns blame to the CIA for)

Also to add on to my previous point, I’m not holding him up as a hero or example we should follow, even if I think he can give relevant advice. People who follow in his example should definitely face justice like anyone else.

perhaps it goes without saying these days, but he seems to have left out one of the foundational rules:

Don’t get high on your own supply 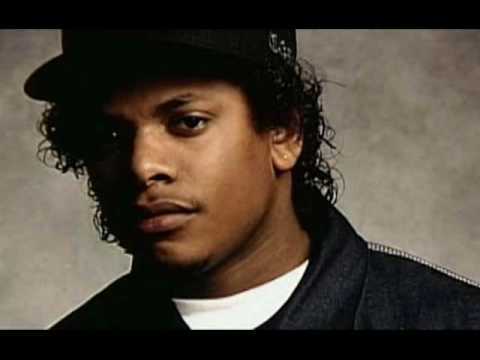 (well, aside from the whole ‘traffic in illegal goods’ bit. What do you specifically take umbrage with?

By golly that was it!

Alright, well then just see my previous reply for why I think that’s pretty silly.

but if he was an effective leader as a drug kingpin, and we refuse to learn anything from his experience, that strikes me as particularly dense.

I think what should really strike you is that good leadership qualities apparently have nothing to do with basic human decency. The system itself is immoral, or at the very best, amoral.

I’m not really passing judgement on a man who had few options at one point in his life, but one wonders why he didn’t get out after, say, the first several million when he would have had considerably greater options.