And boy, did he ever!

There was an explanation out and about just after the film’s release that explained it as Solo trying to make Kenobi and Skywalker look like complete rubes by spouting obvious nonsense at them, which I bought. But neither of them rise to the bait, and Solo then flounders for a second before picking the conversation up again. And it’s just an easier explanation than the black hole retcon, and rooted in character rather than complicated mechanics.

What’s heavier, a kilogram of steel on Mars, or a kg of feathers on venus?

@AcerPlatanoides got it in one.

Sorry, the point was about silly questions, not they mass not being weight thing. Of course, we all know feathers won’t be feathers for very long on venus, so clearly its the steel.

I don’t know, it’s not like the feathers are going to burn, what with the atmosphere being mostly CO2 already. I guess any water content will quickly evaporate, but will that be high in the feathers’ structure? Depending how one gets the feathers to the surface, I’d imagine any voids in the feathers would repressurise fairly quickly without much disruption. There’s sulphuric acid in the atmosphere, as I recall, but I don’t know what the concentration or distribution is.

You’re not using this example? 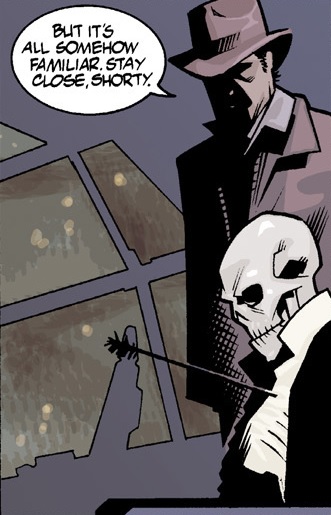 Into the Great Unknown

"Into the Great Unknown" is a ten-page non-canon comic story that was written by W. Haden Blackman. Within its pages, Han Solo and Chewbacca pilot their starship, the Millennium Falcon, blindly into hyperspace and end up crashing into the planet...

There was an explanation out and about just after the film’s release that explained it as Solo trying to make Kenobi and Skywalker look like complete rubes by spouting obvious nonsense at them, which I bought. But neither of them rise to the bait, and Solo then flounders for a second before picking the conversation up again. And it’s just an easier explanation than the black hole retcon, and rooted in character rather than complicated mechanics.

In the revised fourth draft of A New Hope in 1976, the description for “Kessel Run” is put as follows:

“It’s the ship that made the Kessel run in less than twelve parsecs!”

Ben reacts to Solo’s stupid attempt to impress them with obvious misinformation.

So it implies that the puzzling speech of Han Solo is “misinformation” and not truth, and it has nothing to do with the nature of the Kessel Run in any respect. Han means nothing other than impressing Obi-Wan and Luke with pure boasting. Indeed, even in the final version of the script, the parentheses attached to Han’s line state that he is “obviously lying.”

I have my doubts. I’ve always figured that Lucas didn’t know what a parsec was, and if enlightened, he just assumed nobody in his audience would know either, and just assume it sounded like some intergalactic measurement of time. And then later covered his tracks to make Han look like a dipshit rather than himself.

In any case, Ford just plays it straight, not like he’s a stupid lying liar who assumes nobody else in this cantina full of interstellar-traveling aliens knows how to measure distance.

<JOKE
Man, I’d love to talk to the VFX artist who helped them fake that on the sound stage!
</JOKE

If you check some of the skeptics argue that Nasa couldn’t have travelled to the moon, because the first stage doesn’t have enough delta-v, and the spacecraft always turn horizontal during their launch, because they’re actually travelling beyond the ice wall [actually Antarctica], where Admiral Byrd had seen vast lands [of ice].

If we accept this premise [if], isn’t it possible that Nasa staged these expeditions to convince the public that they were going to the moon, and the informed public that there were only low-gravity airless wastes beyond the ice wall?

what do you put in a toaster?

A crayon and daddy’s wallet if he keeps giving us the third degree.

O.o ? Not sure I’m ready for the flat earth solution

There’s a test for this. You take the steel and the feathers up to the top of a tall tower, preferably one that leans over a bit so your steel and feathers fall without hitting the tower.

Then you drop them at exacly the same time.

Then run down the steps and ask them which it is.

Makes more sense. He’s sizing them up - probing the depths of their ignorance. Trolling, essentially.

This question has always irritated me. Excellent point: the question specifies mass (kg), and then asks about weight (measured in Newtons). However, the difference in weight is more significant than that that introduced by the difference in center of mass. Steel is denser than keratin (which is what feathers are made out of); so a kilogram of steel displaces less air than a kilogram of feathers. As a result, the kilogram of feathers is ever so slightly more buoyant in air than the kilogram of steel, and therefore exerts less downward force (in Newtons), which means that it weighs less.

Still, it’s around 450C at Venus’s surface and pressure is 90atm. I’m thinking even without oxygen to burn them, the feathers aren’t going to stay recognizably feathers for long.

Fun fact, the pressure is so high at Venus’s surface that the CO2 atmosphere isn’t actually a gas. It’s technically a supercritical fluid at that point.

I also just looked up the physical properties of keratin, and while I didn’t find a lot of cites, they all put its melting point somewhere between 140C and 200C, which means Venus’s surface temperature would definitely be destructive without needing combustion.