What the hell is going on in this image?

My guess was that it’s some algorithm intended to recognize distinct objects in a set of photographs, and generate a new image with those objects in it. There are a few bits that look somewhat like a table or kitchen counter and the objects upon it, and then there’s what looks like a squirrel that made direct eye contact with Cthulhu.

Other-wordly life forms dwell in the forest for this independent music video.

If I were asked to design software to do this, it would use trained neural nets to focus on part of an existing image and find the best fit, then subtract the error signal from the neural net from the image in that spot. The chosen NN could be applied to the image like a brush, fitting and subtracting error from whatever region the user is painting. Switching to different neural networks that have been trained to recognize different features would allow the artist to paint eyes in one area and leaves (or whatever) in another.

While the image bears some resemblance to the generative images in the paper, I have yet to see the image within the paper – v1 or v2.

Samples from this paper look similar, but not as detailed and intricate as the multi-scale dog-slug posted on imgur. Any idea where the difference lie? Longer / better convergence? Larger models?

Also the resolution is much higher than in the paper.

Actually, much of the comments seem to be debating the origin of the image. 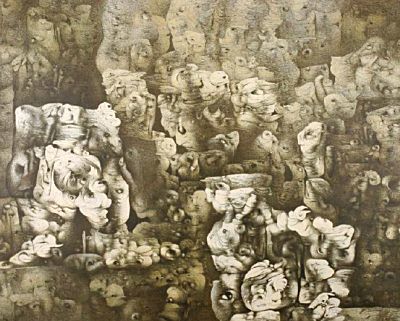 It’s what craft services came up with to feed John Carpenter’s dog-thing. (And please, trust me on this – you do not wanna see what they served Wilford Brimley.) 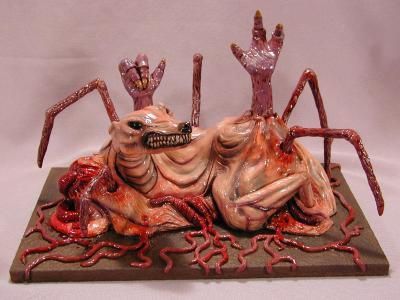 Just saw this in my tumblr dash: 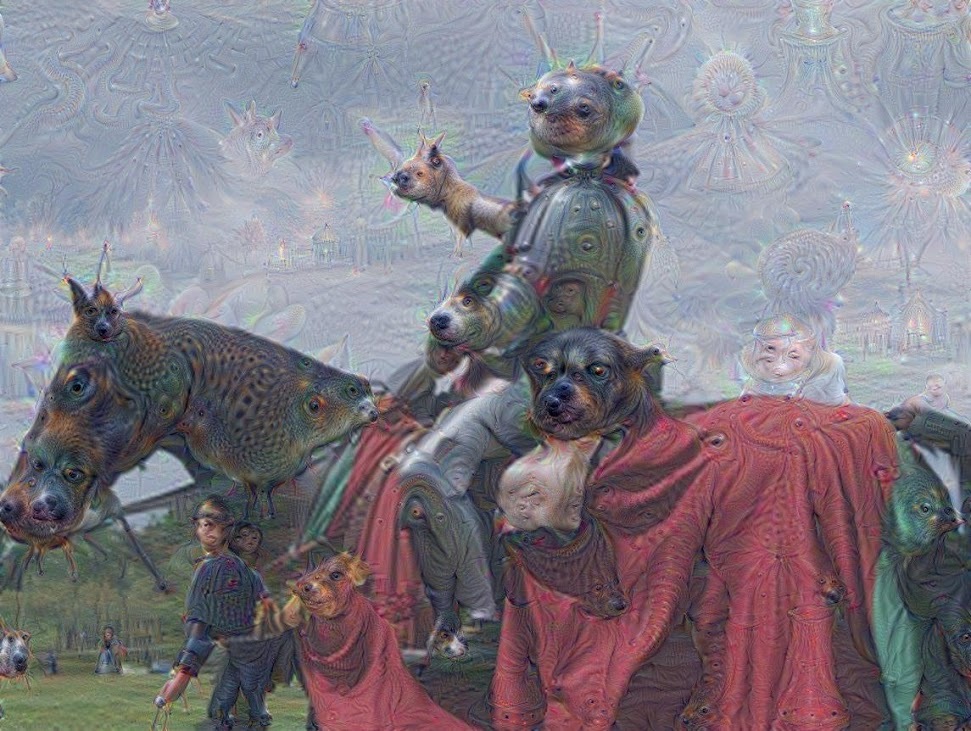 You beat me me to it, Nelsie! Still haven’t found the original image, but I think we’ve got the right ballpark.

Reminds me of Barnsley’s old Fractal image-compression scheme from back in the dark ages of the 1990s, when the idea was to compress an image by representing it as a combination of small, distorted copies of another image. 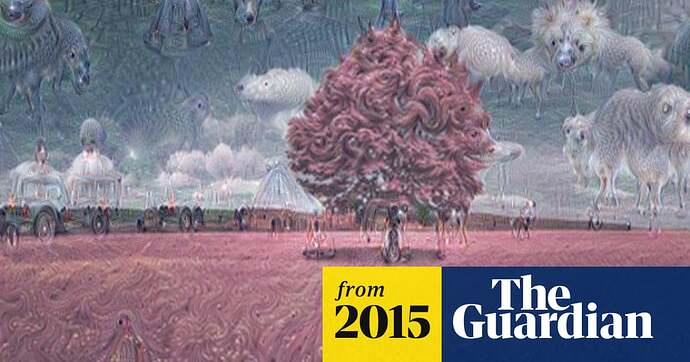 Google sets up feedback loop in its image recognition neural network, creating hallucinatory images that veer from beautiful to terrifying

I wonder what they’d see in THIS: 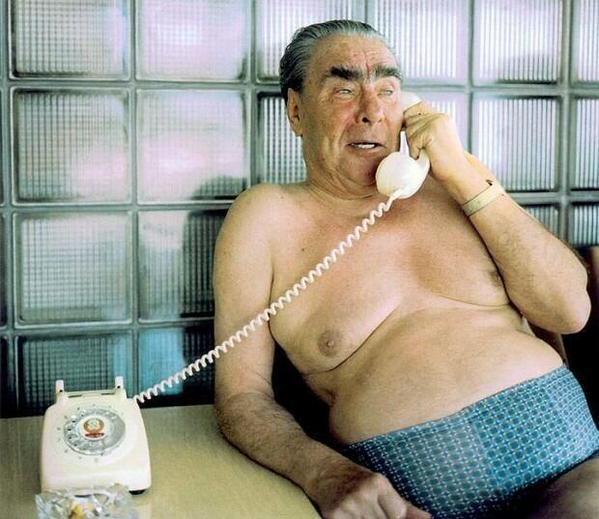 It’s a unicorn, or properly speaking an Equoid. 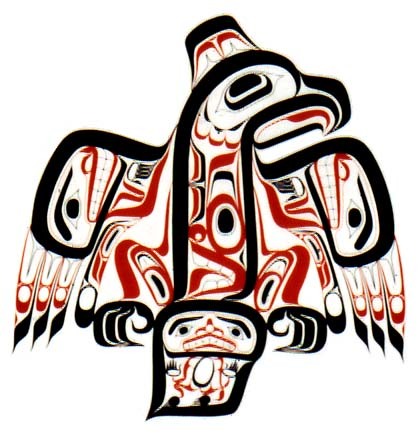 It’s a unicorn, or properly speaking an Equoid

Does Boing Boing collectively have a EQUESTRIAN RED SIRLOIN clearance for that information?

Do not eat the BLUE HADES-burger.