What to drink in out space

Cream sherry? I say US Astronauts dodged the bullet there.

Our astronauts, technically, do not.

what do you mean our?

what do you mean our?

It’s not that hard to infer meaning based on the nationality of the author.

I wonder if anyone in Mission Control ever goes home and has a drink and reflects on the fact that the U.S. astronauts can’t. That reminds me, though, of the time I commented on how many times you see old Mission Control photos and everyone’s smoking. A friend of mine said, “At least they weren’t drinking.”

Right? I can’t believe the astronauts later showed little interest in the idea.

Blech. Cream sherry, I’m sure, is just as terrible and cloying in space.

Drunk astronauts? What could go wrong?

Well, it works for the Russians (they get brandy, apparently).

Drunk astronauts? What could go wrong?

“Why didn’t you pull over earlier?” - “I’m sorry officer, I didn’t realize you were in another frame of reference.”

NASA already gives them a DIY pruno kit – just add water and forget it for a while. 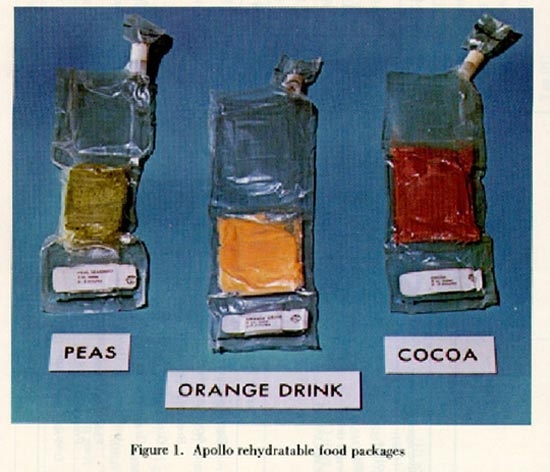 Ugh. Why not haul up a gallon of Ripple?

Is the no alcohol thing something carried over from the US military? Most navies allow it in moderation, while the US Navy only seems to have the possibility of “Beer Day”.

I can see the discussion with mission control now.

“OK, fine, you can have a drink in space. You’ll find a bottle of cream sherry in compartment A6. Enjoy!”
“Erm, Houston, did you say cream sherry? Are you serious?”
“If that’s not to your liking, check D17. Wallace put some Drambuie in there.”
“Houston, we’d rather stay sober for this voyage, if that’s all right with you.”
“Are you sure? There are flasks of Get27, Cynar and Frangelico in the lunar module!!”
“Yeah, we’re gonna pass.”