Aside from the fact that it’s extremely loosely based on two real revolutionaries who fought for India’s freedom, it’s just really well done on multiple levels.

I saw RRR with my GF and parents about a month ago and the movie is just absolutely off the rails bonkers. But like, in the best of ways. It was surprising, well made, weird, delightful, funny as hell, and more… the only downside i could bring myself to say is that it is a long movie.

it is a long movie

I have not watched it yet, but plan to at some point… however, we should be mindful of some of the criticisms, given the current environment in India and the rise of extremist hindu nationalism… 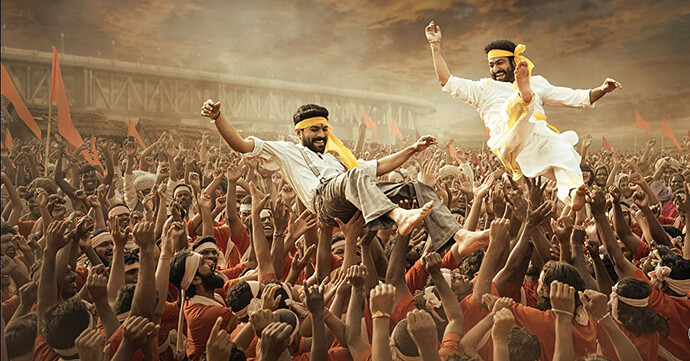 RRR is an incredible action movie with seriously troubling politics

The Tollywood blockbuster is a hit on Netflix, but its casteist politics aren’t so simple.

Came to post this too. I still really enjoyed the film, but yeah, the caste politics are troubling

I tried looking to see if Arundhati Roy had anything to say about the film so far, but did not find anything by her…

I know very little of Indian politics/history, or the caste system there; so what I noticed most was the negative light in which the British empire was (rightfully) shown. The nationalist bent was also very obvious, but without an understanding of the history behind it, I just recognized it as a form of propaganda.

For sure, i picked up on the nationalist themes and the caste system as i watched it. I wish these were things that were different in India, particularly the caste issues. As far as the film goes however, it’s well worth the watch despite any downsides it might have.

I would definitely like to read more criticism, since it is a subject that I have at best a surface level understanding of and would like to know more about it in the context of the movie. Even to me though it was obvious that the way the two characters were portrayed was leaning into stereotypes that I was vaguely aware of, but did not really understand

the movie is just absolutely off the rails bonkers. But like, in the best of ways.

I haven’t watched it yet but I can only assume you’re referring to the part what a guy straight-up throws a leopard at someone?

so what I noticed most was the negative light in which the British empire was (rightfully) shown.

Oh yeah! An attack on that is well-founded, especially given how often British imperialism has been softened by western films.

I do worry about the impact of a film like this on the minority populations back in India, especially with regards to the rest of the world paying attention to what’s happening in the north. I’m not sure that people are aware of how bad things are getting overall (not you, but others in the world).

The nationalist bent was also very obvious, but without an understanding of the history behind it, I just recognized it as a form of propaganda.

Yeah, and that’s my concern here. I’d say you’re much more well attuned to biases like this than the average viewer… When people with less sensitivity see this, and just accept the message uncritically, that’s certainly a recipe for ignoring a massive wave of ethnically cleansing, especially since we’re pretty well accepting of Islamophobic messaging and classist messaging here in the west. It’s a hard slog to decolonize one’s brain from it, and most people aren’t even attempting to do that work. It’s tough for those of us who ARE making an effort to do so… impossible if for folks who have almost no awareness of these concepts…

But HEY! We’re getting a productive conversation out of this, aren’t we?!?

Aye; just skimming the article you posted (will read in its entirety later) it’s clear there’s some serious fuckery afoot in India, both historically and currently.

Caste system + fascism is a recipe for genocide.

Caste system + fascism is a recipe for genocide.

I’m thinking back to how effectively both Italy and Germany harnessed film for their fascist projects… Everyone sort of mocks Triumph of the Will, but it was a popular and effective film for many who came to support the Nazi cause, at home and abroad. It’s scary how powerful culture can be at swaying hearts and minds…

Still, I’ll probably get around to watching this at some point, in part to see what the fuss is about.

Oh yeah, I guess that was a thing that happened in the movie. Not even close to the wildest thing though by a long shot. The movie’s three hour runtime flys by as you are constantly bombarded by new and wild things, not all of them action sequences by any means!

After watching Baahubali, parts one and two, I am all in for big, over-the-top, Bollywood blockbuster movies. 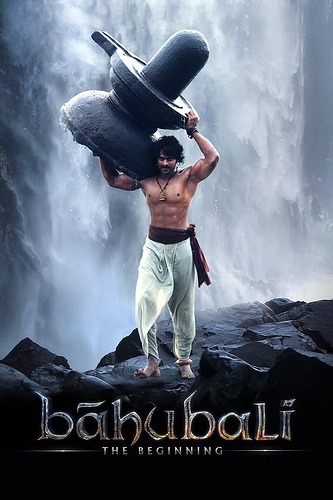 Yeah that’s not even the craziest part 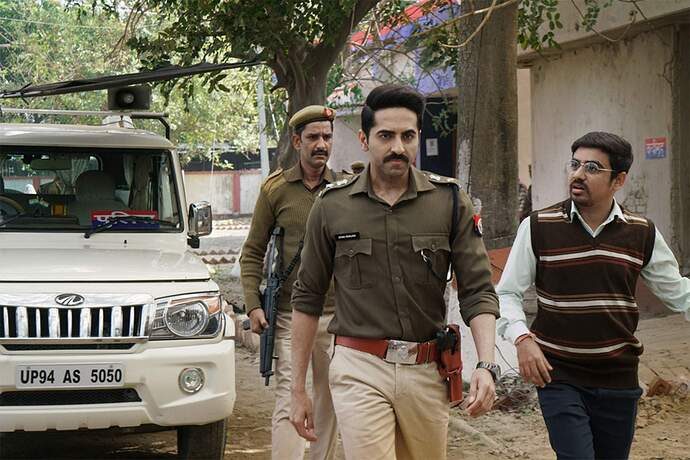 9 films about the caste system to help us move beyond our privilege and...

From star-crossed romances to genius biopics, these 7 films about the caste system provide a much-needed lesson in the prevalent social evil

one of the most stylish Bollywood movies

It’s not Bollywood, though, is it? Bollywood usually means produced in Bombay in Hindi, but RRR was shot in Hyderabad in Telagu.

Dunno, maybe Bollywood is accepted as a general term for ‘movie from India’ but to me it feels a little weird to not distinguish.