What's the difference between sweet potatoes and yams?

“President of the Sweet Potato Council,”

Sounds important when you say it that way…

They’re in cahoots with the Ketchup Advisory Board.

This is useful information. Now I know that only sweet potatoes are loathsome slimy things, and yams might be delicious for all I know.

You’re hot on something there, what I don’t know, but go with it.

yams in the United States are only found in “specialty stores.”

Nonsense. I see yams all the time in the Stop & Shop, except it’s usually spelled “iams” and judging from the image on the bag seems to be made out of dogs and cats. Sure doesn’t taste anything like sweet potatoes, I’ll tell you that much.

Interesting sweet potato trivia: They are native to South America, but were common in Polynesia before European contact. Some people think this is evidence of pre-Columbian contact between South America and Polynesia.

I worked in the produce department of a Stop and Shop. I was told that sweet potatoes and yams are the same and we would stock the displays with them interchangeably.

Titles are weird like that. Organizations often want their leaders to seem and feel important. This week there was a NYT Op-Ed about financial industry regulation that mentioned that a long-time industry CEO got asked to be chairman of the group charged with overseeing the body that sets the standards for corporate accounting in the US but had never even heard of that group.

Also, one time my employer sent me to visit a client and deliver a talk to a group, only some of whom we knew previously. When I got there our main contact there told me I had to change my title for the day (he added the word “Executive”) because it didn’t sound senior enough.

OK, but why do I keep finding them in the pet food aisle?

When I got there our main contact there told me I had to change my title for the day (he added the word “Executive”) because it didn’t sound senior enough.

At one time I used to go regularly to Productronica in Munich. I was a director of our company but I used to have a badge that said “Engineer” because then engineers rather than salesmen would talk to me (also in Germany “engineer” is fairly high status.)
I was surprised, therefore, on one occasion to meet a senior engineer from one of our competitors wearing a badge that said “Technology Director”.

Now I know that only sweet potatoes are loathsome slimy things, and yams might be delicious for all I know.

Sweet potatoes make excellent roast potatoes (parboil ordinary potatoes, slice both sweet potatoes and ordinary potatoes into chunks, toss in enough oil to just cover and put in oven on 180 degrees C for 45-60 minutes.) Gerard in his Herball says that sweet potatoes are all right with oil and pepper but are more fit for pigs than people. He doesn’t mention non-sweet potatoes at all. Obviously no deep fat fryers in those days.
I haven’t really noticed yams since, as a small kid, my grandmother sent me to get vegetables from the local market in North London. The West Indian stallholders told me I should get my grandmother to try yams and mooli, but the mere idea made her very nervous.

President of the Sweet Potato Council,

Just try to imagine a meeting of the Sweet Potato Council. The AGM, with the Board of Directors in their ceremonial robes with their silver potato spades, the Councillors with their golden peelers on silver chains round their necks, and in the center of the mighty council table the great bowl containing wax reproductions of the winners of the Best Sweet Potato of the Year Award for the last fifty years. And then see if you can still find it funny.

This correct naming of vegetables… are they vegetables? I don’t care… Is extremely important. I guess.

This is the presiding theory, isn’t it? Polynesians come from, well, Siberia by way of the Americas is my understanding.

Normally this handy diagram helps, but yams and sweet potatoes are missing. 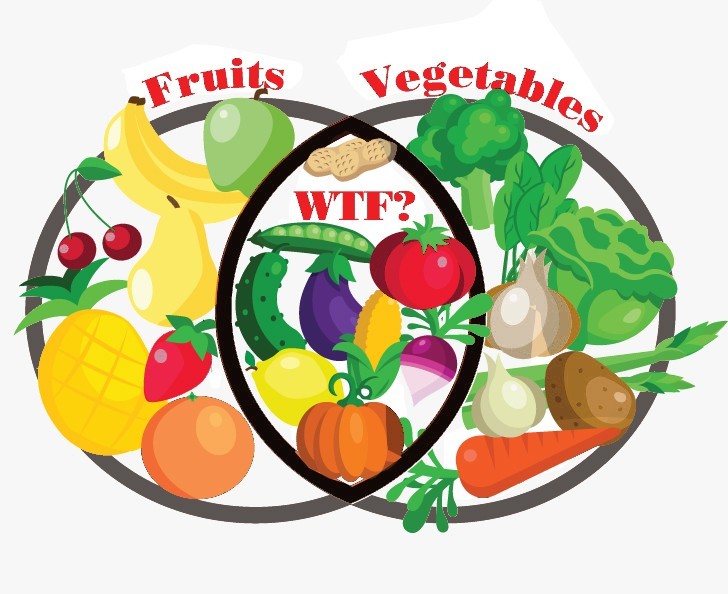 don’t bring a sweet potato to a yam fight.

Never get involved in a yam war in Asia?