Better than the steroids and testosterone favored by men who have toxic relationship with their figure now.

TFA mentions “Macaronis”, which was the reference in Yankee Doodle to sticking a feather in one’s cap. Only fashionable for 10 years, they were a laughingstock by the Revolutionary War.

Better than the steroids and testosterone favored by men who have toxic relationship with their figure now.

They’ll get to pay for that when (if) they get old.

My corsets come from Dark Garden in San Francisco (also in New Orleans). I’m cis-male McHetro, and I get to choose what male presenting means for me.

This photo is from the charity concert I co-founded called Ümloud! at DNA Lounge from 2009 - 2012. I wore them during the events for a few reasons. We had a lot of day-of volunteers, so saying “the guy in the corset” was an easy way for people to point to who’s in charge. It also was my jerk detector. Certain men who felt threatened by me, cis-male presenting as cis-male, wearing a corset. The number of men – and it was only men – who would voice their displeasure at me was very telling of their behavior at a whole.

Most importantly, it made me very photogenic while rocking out. 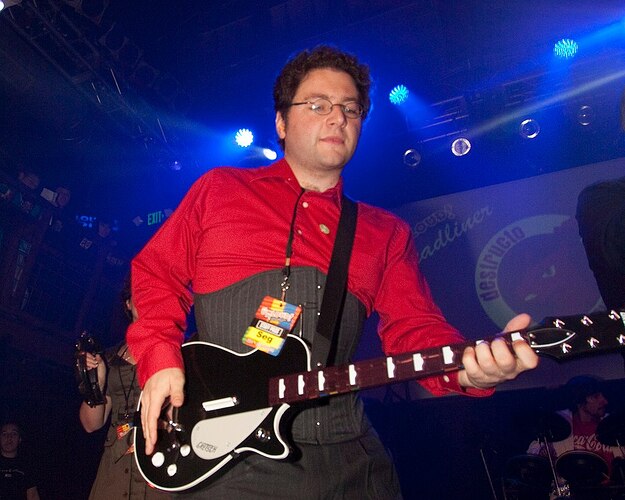 But men have been involved in corsets since corsets were invented. One of America’s founding fathers, Thomas Paine, was a corset maker by family trade.

From the recently published Patterns of Fashion V

Staymaking was generally a male profession, but in some regions it was practiced by women, especially in France where they could work as such from 1675 onwards, except for Court dress. In England it was predominantly carried out by men, the strength needed for the work being given as the reason:
‘The staymaker is employed in making stays, Jumps, and Bodice for the Ladies: He ought to be a very polite Tradesman, as he approaches the Ladies so nearly… I am surprised the Ladies have not found a way to employ Women Stay-Makers rather than trust our Sex with what should be kept as inviolably as Free-Masonry: But the Work is too hard for women, it requires more Strength than they are capable of… After the Stays are stitched, and the Bone cut into thin Slices of equal Breadths and the proper Lengths, it is thrust in between the Rows of Stitching: This requires a good deal of Strength…’
Of the STAY-MAKER, London Tradesman, R. Campbell, 1757, pages 224-5

I believe that Stays and Body Image in London: The Staymaking Trade, 1680–1810 contests this explanation as so much sexist nonsense–staymaking was financially lucrative, and competition was not welcome–, but monographs in dress history tend to be priced like other academic books-- expensive as all get out.

Thank you for paying attention to Thomas Paine, whose ideas are still relevant today.

Fact check time: Thomas Paine was a “staymaker,” not a “corset maker.” The stays he made apparently were not the whalebone stays that stiffened corsets. Seems he actually made rope stays for sailing ships,

I discussed this exact question with a U.S. researcher at the Thomas Paine National Historical Association and a Paine researcher in the UK.

Thomas Paine was born in Thetford, upriver in Norfolk from the market town of King’s Lynn on the north coast, He apprenticed to his “staymaker” father, who appears with that job title in town records, I’m told.

All ocean and river ships and boats back then needed plenty of strong ropes to hold masts and sails and goods in place. The nautical term “stay” is still used today for lines in sailing. Applying reason to the matter, as Paine would do, there were far more ships of all sizes buying rope stays in the 1700s than there were wealthy women who could afford corsets, and even fewer wealthy aristocratic men with the vanity to wear a corset, possibly to hide their girth, let alone military men (a fraction of the population).

The economics of supply and demand informs me a sensible youth like Paine would choose an occupation where a lowly nobody stood a good chance of making a living.

As near as I can tell, Paine first was called a “corset maker” by British detractors after the publication of Rights of Man, and then in the new United States after he published The Age of Reason, Paine was inadvertently and inappropriately demonized by the Federalists as part of Adams’ political battle with Jefferson, Paine’s ally since 1776.

The goal of calling Paine a “corset maker” was belittling the man for making women’s undergarments. (Consider the sexism of the age.) Name-calling in politics is not new.

Calling Paine a “corset maker” is among all the disinformation that has degraded his reputation in popular culture for more than 200 years. It’s akin to the lie of calling him an atheist (he actually was a deeply spiritual deist), or dubbing him with the diminutive of “Tom Paine.” In his lifetime, from my research, he only went by “Thomas,” even among friends, and he signed his letters as “Thomas Paine” or simply “T. Paine.”

Again, I’m thrilled to see Thomas Paine being cited. In this comment, I’m doing my modest best to revive his reputation with facts rather than myth.

Thanks for your consideration and independent critical thinking,

Making Global Sense Why a Billion of Us Build Our World Anew
(Grounded hope for the 21st century inspired by Thomas Paine’s Common Sense.) 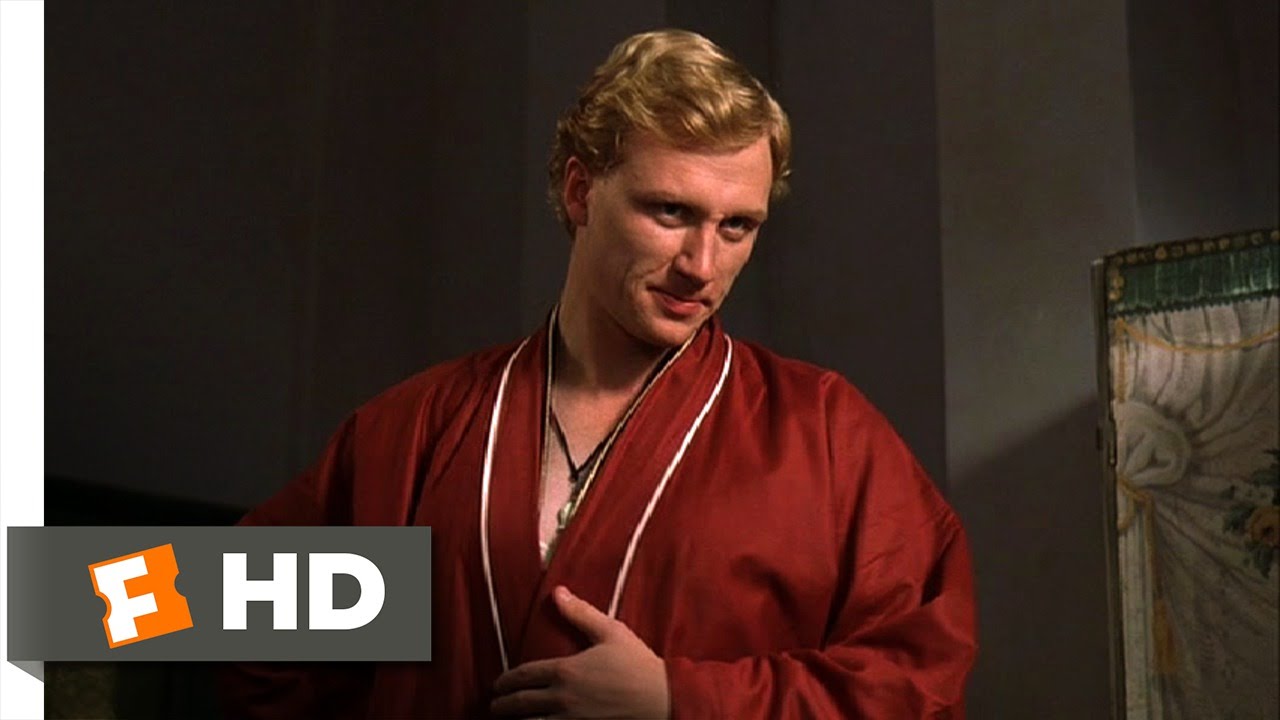 Thank you for paying attention to Thomas Paine, whose ideas are still relevant today.

The article overlooked one very salient fact most of us modern folk find a bit counterintuitive. Corsets aren’t only for body mod, fashion, or fetish: they are also, even and especially some of the sexiest ones, a custom-fitted, articulated back brace. To think of them as a textile exoskeleton may be an exaggeration, but not by much.

Interesting, Jerwin. Thank you for more research about the “staymaking” occupation.

Given limited evidence for Paine’s early life. given the hatred toward him and the many lies about him, I’m still inclined the believe the experts saying he made rope stays, not corset stays, yet I remain open to more certainty. My goal is accuracy.

Applying reason to the matter, as Paine would do, there were far more ships of all sizes buying rope stays in the 1700s than there were wealthy women who could afford corsets, and even fewer wealthy aristocratic men with the vanity to wear a corset, possibly to hide their girth, let alone military men (a fraction of the population).

Note that the chapter on staymaking (p224) refers to “making Stays Jumps and Bodice for the Ladies.”

Thetford was not a seaside town, and it’s not clear that such a community would support a ropemaker who specialized in outfitting naval vessels. The exact nature of Joseph Paine’s work could be confirmed by consulting guild records.

Another silly fashion trend from the 1700s was “Downey calves” which were false calf muscles to make those colonial men have sexy, sexy legs.

No readers, we have not ‘lost the plot’ nor has this become a blog about exercise. We have been looking at the ways 18th-century people used enhancements to improve their looks. FALSE RUMPS Until t…

The Little Ouse River flows northwest from Thetford to Kings Lynn. It carried commercial barge traffic, according to the mid-1700s records and maps I’ve find online – so far.

Thanks for suggesting guild records, Jerwin. Have not yet found any still extant. This is among the many vague areas, like the charge that in old age he was a drunkard, which is offset by evidence New York water was terrible then, so drinking alcohol beverages was safer and commonplace. My challenge is that propaganda was as rife back then as today. Still trying to tease out threads of truth.

Anyway, I mainly wanted to respond to the Paine element of this thread, so unless there are more goodies in that direction, I’ll step out of this conversation. Thanks all!

What, their houses lacked stairs or something?