When Trump blocks Americans on Twitter, that may violate the Constitution

There was a case not too long ago in Florida where someone sued a mayor over him blocking people on twitter.

Are politicians’ social media accounts public record? One man is suing to find...

A social media kerfuffle between a local radio host and Miami Beach Mayor Philip Levine has turned into a legal dispute over what social media posts are deemed public under Florida’s sunshine laws.

I know at my work we’ve had a lot of discussions in the past about this as well as archiving everything for public record. If it’s considered public then you can’t delete messages as well. There’s a lot of government agencies that have jumped on the social media sites to make their work a bit more public, but it doesn’t seem like many people running these pages on behalf of government agencies understand all the possible legal issues that can come up with them.

Until the GOP starts caring about Trump’s Constitutional violations, because this isn’t the only one, absolutely nothing will be done to hold him accountable.

Edit to add: After thinking about this some, I’m not sure I’m convinced this violates the Constitution.

Hey, he didn’t become president to have to listen to people!

If so, he should probably tell his comms lackey to stop claiming that the tweets are official White House statements.

It’s certainly possible for state agents, who tend to be bound by a variety of rules regarding document retention, FOIA, etc. to also do things in their capacity as private citizens, without the same restrictions; but he sure isn’t advancing a very compelling argument that this is the situation here by claiming exactly the opposite.

Not if he’s using it in his role as president. If it were truly a non-public account that he used solely in a non-official capacity then I can see that argument holding. If he’s using it as a forum to further anything related to his government post, then it could be argued that it is a public forum (with all the constitutional guarantees applicable).

I’d be morbidly curious to know how much of the trainwreck is active malice; and how much is the exciting and delightful problem of “just because consumer tech has gotten easy to use; good IT policy hasn’t” at work.

I certainly wouldn’t trust the good faith of these actors; but I’ve also seen a lot of bad things happen because solving half the problem with some shiny consumer service on a BYOD is absurdly easy; and ignoring the other half of the problem is much easier than addressing it once the shiny and visible parts of the plan are working. 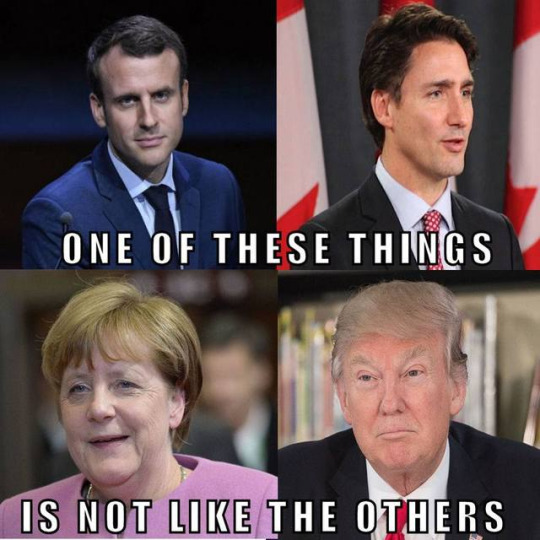 It’s still OK if I block Trump, right? If I could get that sickly blob off of the rest of my media feeds as easily as I did on Twitter, I’d be a happy man.

Not a lawyer, but wouldn’t it be easier to argue interference with freedom to petition the government in this case?

Sean Spicer, is that you? Welcome to the BBS.

it feels right?!? I despise trump but I don’t see how blocking someone from HIS account is inhibiting anyone else’s speech on THEIR’s.

I still don’t get how this is a First Amendment issue - surely it has more to do with specific laws about access to official documents?

The argument is that the President, by blocking people on Twitter, is, effectively, silencing them. IANAL, so whether or not this constitutes restricting the freedom of speech I don’t know. I’d say this is a stretch. The President isn’t getting anyone banned from Twitter, so it doesn’t seem to me that he is restricting their speech in any way. He’s just refusing to listen to them. That doesn’t seem to me to be the same thing, but, again, IANAL. Honestly, this is approximately number 137,422 on my prioritized list of things Trump has done that concern me.

I’d consider it an honor to be blocked from the president of the United States of America’s Twitter account. Because then I know I’m doing it right.

Ignoring Trump (which I highly recommend doing in all situations where it’s remotely feasible), I have to say I think* it’s well within the bounds of the First Amendment to block people on social media, even from official government accounts.

First of all, while the 1A gives us the right to “petition the government for redress of grievances,” elected officials have always been allowed to willfully and preemptively and selectively and even algorithmically ignore those petitions.

And if we start from the premise that every government account on a privately owned website is the same as the public square for free speech purposes, you end up on a pretty steep slippery slope to absurdity. I’m allowed to say that Ryan Zinke is a shitty little weaselfucker if I want without the FBI dragging me from my bed in the middle of the night. I can stand in the town square and proclaim it all day long (provided I’m obeying other laws–e.g., I can shout it, but I can’t use a 1,000-watt amp to make it rattle the glass a mile away). I can write a note to every member of Congress saying “Please do something about this shitty weaselfucker.”

But do I have a right to post the 10,000-word Ryan Zinke Is A Shitty Weaselfucker Manifesto on every NPS facebook post? What about 140 characters at a time on my local school board’s Twitter feed? If not, why not? Where do you draw the line? I think the common-sense answer (and you might be surprised at how often the courts choose those in 1A cases) is that the person or entity convening the forum gets to make that call, and if people have a problem with being excluded, there are political remedies.

I mean, heck, Twitter itself bans all kinds of speech that is constitutionally permissible in the public square. I can do public readings of The Turner Diaries or The Protocols of the Elders of Zion if I want, but I can’t Tweet them, even if I think it’s vitally important that Trump know about them. (As I’m sure many of his supporters do.)

A smart and fair-minded politician (I said we were ignoring Trump!) would bend over backwards to craft a policy that allowed constructive dissent while banning spam, abuse, copypasta, flooding, brigading, sniping, off-topic posts, etc. In other words, the same kind of thing halfway-decent blogs do. (And no internet comment forum is better than halfway decent.) But that’s just good-governance stuff–I really doubt a court would force the issue.

Yeah, that seems like… an incredibly weak argument on their part, and definitely there are far more important things to concern myself about Trump.

Excuse me, but are we seriously having this conversation? Because it depresses the ever-loving bejebus out of me. The United States president has brought new meaning to lowest common denominator by virtue of us discussing the legalities of a medium that restricts communication to 140 characters. Sure, sufficient for witty repartee and possibly pointing to current events, but this is how he chooses to engage with his electorate? We have serious problems that are complex beyond imagining, and we are reduced to discussing Twitter blocking.