White House exempts itself from Freedom of Information Act

Step 1: Do whatever the fuck you want.
Step 2: Say that you “remain committed to (the opposite of what you just did)”.
Step 3: Repeat forever.

It’s not like he forgot, it was just an outright hollow platitude from the start. He’s been even worse than Dubya on this, with a 50% higher FOIA rejection rate (and that was in his first term, probably much higher now).

He always just says whatever sounds good, then does whatever’s convenient. A true politician.

Just imagine how worse it’s going to be if there’s a Republican president! This trend all began with Bush, and Obama’s just doing his best under a bad system he inherited.

I wonder if Ms. Hoffine is able to expense the botox shots it takes to say things like that with a straight face? It seems like a legitimate job related expense.

But actual Obama has been actually awful and is actually deserving of actual shit being thrown his way for this.

This is what happens when your opposition party gets distracted by teh geys and evolution and Benghazi and whatever else old angry white dudes are shouting about. ACTUAL issues with the president? Pffft, he is a Mulsim kenyan communist!

There is bipartisan agreement in the upper echelons of government about the “fuck FIOA” issue, sadly.

I doubt I can find all the words in the dictionary that are necessary to describe the amount of disgust I feel at this moment after reading this. Too bad I can’t tell the IRS that I’m exempt from the tax code when I feel it’s convenient for me.

I wonder if people on both sides get in with the idea that they are going to do good things and stay committed to their ideology and realize that there is no way to get anything done without cutting corners and its either become a hypocrite that can get 30% of what you want done, or be an ideologue and actively help the very people you are against by virtue of your own morals.

I’ve stopped demonizing these folks because even the real assholes probably didn’t get into politics to be assholes. I’ve known two republican politicians that are now on the national level and I was friends with them before this, and while we disagreed on things, it wasn’t that they wanted to be assholes, they just felt there was a different way to get to what we all wanted. And now that I see them on tv or read about them, I have to remind myself, they were good people at one point.

I really appreciate this comment, though I have a hard time imagining that, say, Ted Cruz was a good person at one point. All of them – President Obama orders of magnitude moreso – have really hard jobs.

On the other hand, I’m not seeing the streams of Obama staffers heading to prison the way Bush’s, Reagan’s, and Nixon’s people went to prison.

And when do Dubya’s emails become public? 2075 or thereabouts?

He’s capable of doing better. He’s choosing not to. Stop apologizing for him please.

This is what happens when your opposition party gets distracted

They are pretending to be distracted in order to keep the voters distracted. 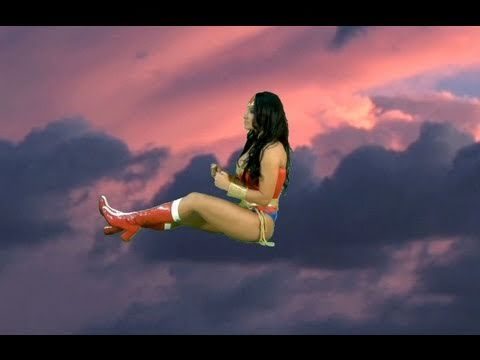 I think when he said “transparent” he meant “invisible.”

It has got to be better to be the former US President than a contemporary king or queen.

You get to quit being president … and have the Secret Service protect you, your family for the rest of their lives.

No “pat downs” for Obama, the First Lady or his kids … ever.

I am going to vomit if Hillary gets selected to be the Democrat’s candidate. Obama pretended to be the great transparent anti-establishment candidate who was going to change everything. Hillary doesn’t even pretend. I hope like nothing else the Democrats are going to pick someone who is actually progressive, but I am utterly devoid of “Hope” for “Change” these days. I am going to get to pick between Bush part 5 with minor democrat wedge issue talking points, or Bush part 5 with minor republican wedge issue talking points. Woo-fucking-ho.

I’m glad I live in a state that isn’t a “battle ground” state. My vote is perfectly useless already. It means I vote for a third party knowing that even if I truly believe there was a difference between my two shitty options, I wasn’t ever going to change the outcome anyways.

Fuck our system. “Democracy” is shit.

He reminds me of the guy in your office who wants to resign and get a new job elsewhere, but for whatever reason is convinced he cannot.