Guys.... guys. Arizona State University is home to a class called "U.S. Race Theory and the Problem of Whiteness." The PROBLEM with WHITENESS? You think you have heard it all... but you have not.

Okay, to be honest here, I am posting this link, just so I have an excuse to post this gif… Who knew that white tears came in so many colors?

I know someone with a PhD in Whiteness:

Please tell me they’ve had a positive influence on society.

Jesus H. Christ. That’s like an all-horrible hall of fame. All white men too, but that just must be coincidence.

Well, yeah, but you see, they are all about freedom and capitalism and jesus, so it’s okay when THEY do it… the Frankfurt school, they are just a bunch of commies, so they are by definition wrong. /s

All white men too, but that just must be coincidence.

And they all identify as straight, I’m sure. Of course. Who else can speak for people of color and women and the gay community, for what they need, because clearly “those people” just don’t have a clue what they need (free enterprise, no abortions, to be made straight, among other things). Old white dudes need to guide them, duh! /s

I bet yes. Also, I think that this old white dude might have said it best:

To his debatable credit, the first one on the list is a fan of Burning Man. Radical Self Reliance and all that.

Or just trying to make himself seem cool.

Or the values of the almost 30-year-old Burning Man movement are no longer fringe and entering mainstream.

which ends with @Mindysan33 links (which I just found independently. d**n you!) 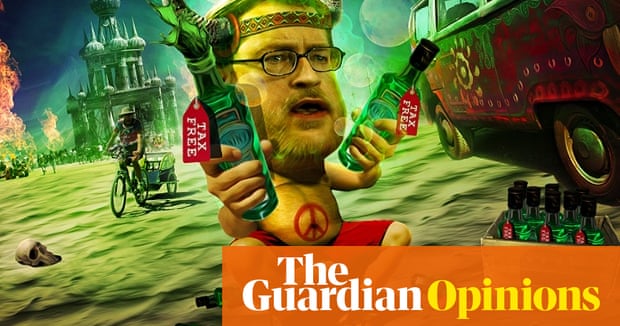 This topic was automatically closed after 756 days. New replies are no longer allowed.