Who wouldn't want to live in this enchanting little Swedish micro home?

It’s beautiful, I love it!

I still look forward to hopefully building my own home someday.

Having lived in Stockholm, I can verify that’s about the size of a typical middle-class flat thereabouts. This is in a MUCH more attractive location…

Who wouldn’t want to live in this enchanting Swedish microhouse?

Anyone who has been in Sweden between August and May? Given the depth of the snow in those pictures, I’d wager they were taken in the latter month. Pretty though!

Wow, that’s beautiful. The end cut floor is amazing–just the sort of thing that would be impossible in a big house.

As long as there is a shed with a workbench in the garden, I’d be happy as a clam.

Look at the bright side, if it gets too chilly you can always relocate it. You may not even need to go outside to do so. 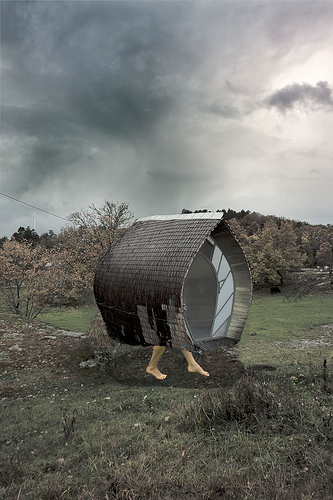 Yep, I was thinking about the ratio of surface area to volume. It can’t be that efficient, no?

Sorry but I need space to swing a cat.

Needs a kitty-belt, but there ya go. 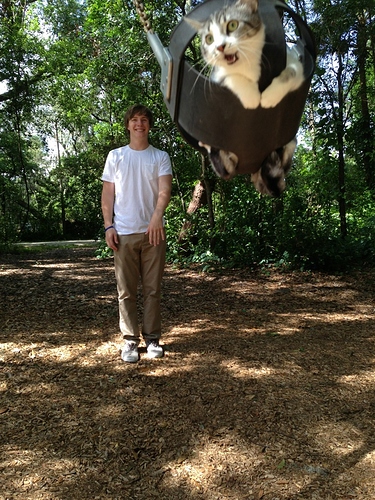 I recognized the material they used for the translucent door and windows, it’s really cool stuff that insulates as well as top-grade triple glazed windows but at a tenth of the cost. It goes by various brand names but is basically a layered polycarbonate extrusion used primarily in greenhouses. I used it to make window inserts to help keep our drafty old apartment warm in the winter and it totally works. Clearly other folks have had the same idea!

People with lots of stuff. There’s not nearly enough room for my stuff in there, and I love my stuff. I have some really cool stuff, which if I had to give up, would not be compensated for by the coolness of that house.

What is it called? (Building a few cold boxes in the next month or two)

Does it have plumbing? Sorry, but as a westerner, I am rather used to flushing, washing my hands, and bathing daily.

Google “polycarbonate greenhouse panels triple wall” and you’ll get a ton of hits.
The triple wall is more expensive than the double wall but worth it.

The thing that frustrates me about most tiny house designs is that they’re generally not accessible at all. They operate on the assumption that you a) don’t have any friends who use wheelchairs, b) don’t use a wheelchair yourself, and c) never will need to use a wheelchair.

This one is set up in such a way as to, by default, be dreadfully inconvenient for that but—unlike most lofted designs I’ve ever seen—looks like it could be ramped relatively simply. Now, how steep that slope would be, I couldn’t say.

Curiously, none of those pictures really shows you the interior the house. Looks interesting from the outside, but given the lack of windows in that long center, I suppose it’d be like living inside a small intestine. Nope.

I would love to have a garden shed, like that…but not live in it…

You could put a work bench, in there…