Why did Jeffrey Epstein have his own office at Harvard and visit more than 40 times until 2018?

Just not sure what conclusion I’m supposed to draw.

That an otherwise prestigious and well-respected private university let a convicted child molester use an office there - after he was convicted - and shouldn’t have?

Pimps gotta recruit. Whereas the typical 70’s stereotypical ones hung around Port Authority looking for runaways, Jeffy had an office in Harvard.

not sure what conclusion I’m supposed to draw

rich people get what they want, even if it’s unreasonable and possibly illegal, because they have money

Dunno. By the time someone got to Harvard, wouldn’t they be too old to be of interest to Jeffrey Epstein?

Epstein died of suicide in his Manhattan jail cell in 2019.

I’m sure if you submit an RFQ you will have a number of competitive quotes by the end of the day. Especially since the primary milestone (a dead Epstein) has already been passed…

Some have little sisters. Who visit on Family Weekend.

There is also clientele. Epstein catered to the rich but hapless. People with tons of cash but who lacked the organized criminal wherewithal to handle their illicit needs without assistance.

Which is also why I don’t think his clients other than Trump had him killed in prison. If they were capable of having someone killed, they would not have been using Epstein’s services in the first place.

Ahhhhh… the penny drops. That never occurred to me.

Do you think it likely that T**** had him killed? It seemed to me that T**** had successfully put distance between himself and the Epstein scandal. And in any case, T**** isn’t behind the door about paying people to make scandals go away.

Do you think it likely that T**** had him killed?

Epstein’s ability to operate was always based on the power/influence of those he could blackmail. Once he was already in custody, that would translate into rolling over on his old clients. Of course Trump’s name would come up in an investigation.

I’m a long time proponent of the “Wickerman” solution to solve problems such as this - which may in fact be a “Wicker Men” situation.

I had them all ready for May Day, but had to cancel due to pandemic 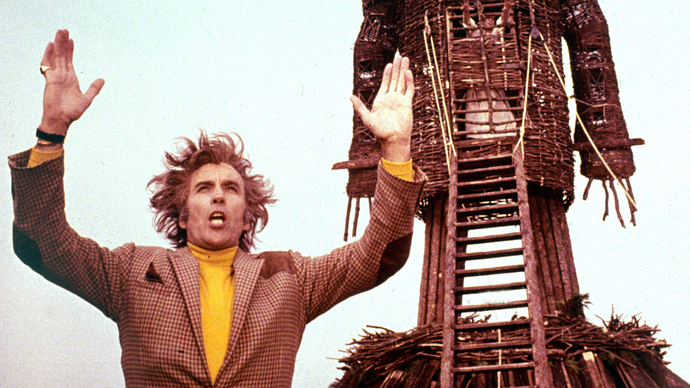 It really doesn’t work that way, or hasn’t in any of the several research universities where I have been a faculty member.

…that director would feel motivated to find me an office. That motivation might be extrinsic, in the form of a visit from the university president.

Also, at too many universities,

The donation would go to a central source, something like a foundation, and then would be administered to the unit football team as a grant stadium.

A quotation?
Sure, I can do that for you!

Epstein died of suicide in his Manhattan jail cell in 2019.

I know examples firsthand where this has been tried and failed.

Donations through central sources which are earmarked for specific uses go to those uses or else there are repercussions. If you follow higher education news (Chronicle of Higher Ed, Inside Higher Education and the like) the higher ed landscape is full of administrators sacked for this kind of fiscal abuse. 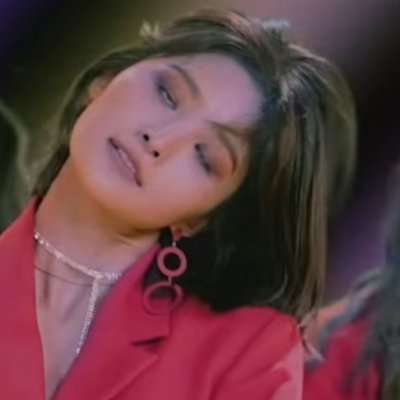 oh thank god. all those harvard professors were only on the jeffrey epstein island *recreationally* https://t.co/furuBGUX0P 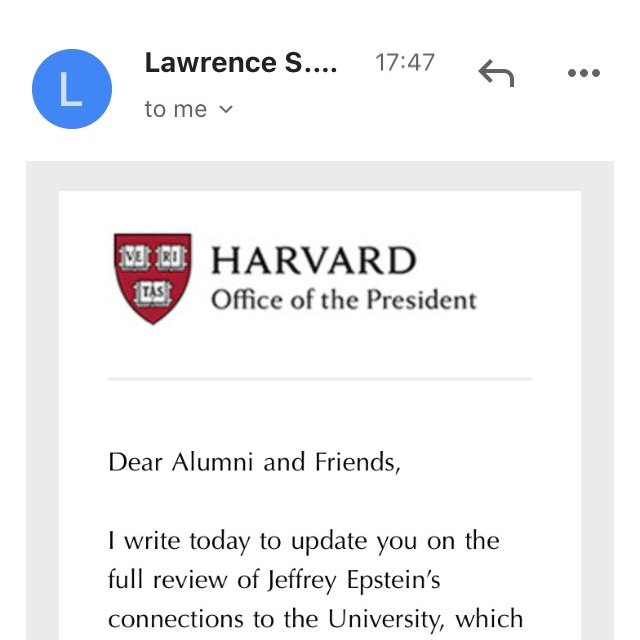 No money was taken from Epstein after '08:

I write today to update you on the full review of Jeffrey Epstein’s connections to the University, which I requested in September following a partial review of his donations to Harvard. This morning, Diane Lopez, Vice President and General Counsel, transmitted to me the cover letter appended below, along with the final report. The report confirms that the University received a total of $9.1 million in gifts from Epstein between 1998 and 2008 to support a variety of research and faculty activities, and that no gifts were received from Epstein following his conviction in 2008.

Several recommendations are made in the report, and I have instructed members of my senior leadership team to begin implementing them as soon as possible. Provost Alan Garber, in his capacity as chair of the Gift Policy Committee, is leading an effort to clarify and expand procedures related to the review of potential gifts, and Vice President Brian Lee will work to ensure that those procedures are reflected in the general practices of alumni affairs and development staff working throughout the University. I have also asked Dean Claudine Gay to respond to those aspects of the report that relate directly to the Faculty of Arts and Sciences.

A separate review found that $200,937 of gifts received from Epstein remained unspent. In line with the commitment I shared in September, those funds have been divided equally between My Life My Choice, based in Boston, and Girls Educational & Mentoring Services (GEMS), based in New York. These organizations support victims of human trafficking and sexual assault, and Harvard is proud to support their important and valuable work.

As I noted last semester, we will always do our best to improve. I am deeply grateful to Diane and her colleagues for undertaking this critically important work on behalf of our community. The report issued today describes principled decision-making but also reveals institutional and individual shortcomings that must be addressed—not only for the sake of the University but also in recognition of the courageous individuals who sought to bring Epstein to justice.

On September 12, 2019, you issued a message to the Harvard community concerning Jeffrey E. Epstein’s relationship with Harvard. Your message rightly condemned Epstein’s crimes as “utterly abhorrent…repulsive and reprehensible,” and expressed “profound regret” about “Harvard’s past association with him.” You noted that a preliminary review of Epstein’s donations had indicated that Harvard did not accept gifts from him after his 2008 conviction for crimes related to solicitation of minors for prostitution, and you asked for a further review of Epstein’s donations to Harvard, as well as a review of the circumstances surrounding Epstein’s appointment as a Visiting Fellow in Harvard’s Department of Psychology in 2005.

In order to conduct this review, I engaged outside counsel to work with me and one of my attorneys in the Office of the General Counsel.¹ We have completed our review and enclose our report which sets forth information regarding the process we followed; our findings; and recommendations based on those findings. Each is also discussed briefly below. I note that our findings confirm that Harvard University did not accept donations from Epstein after his conviction in 2008. We further find that this was based on deliberate decisions not to accept gifts from him made by senior Harvard officials who recognized the aberrant and unacceptable nature of his conduct.

If he were still alive he’d be in a submarine petting a white cat and referring to his underlings by their number.

Their estates certainly still can.

Re: the main article: I imagine the Explanation for Harvard professors visiting “Lolita Island” is pretty congruent to Bill Clinton’s 27 flights on the “Lolita Express” and several visits to the island (not apocryphal; yes I can provide evidence if anyone fails finding it themselves) ^^’. Epstein had tentacles everywhere, including those latched onto Darth Chee-To, of course.