Jared Leto is a bad person.

Studios typically get 60% of the box office take, so that means so far the studio is likely getting about $76 million. If the cited production cost doesn’t include marketing they could still be in the hole.

Some of his 30 Seconds to Mars tunes are good.

Not that he’s actually bad but he seems to take terrible roles.

He also seems to be one of those dudes that uses method acting as an excuse to be a dick… Joanquin Phoenix, too…

Did anyone want a Guardians of the Galaxy movie?

I am curious to see how Disney handles Blade. And by curious I mean apprehensive.

My expectations for Blade in the MCU are low, as it’ll be hard to top Snipes. But I will give it at least a D for casting Ali and I will bump that up to a C+ at the minimum if he comments about someone (though likely not MFers because the Mouse) ice-skating up hill.

It doesn’t help that Sony have decided to do a “Spider-Man Cinematic Universe”… without, ya know, Spider-Man. All these villains exist in a different universe from the MCU (and its Spider-Man), at least.

I wonder if there are any licensing agreements preventing Sony from making their own live action Miles Morales Spider-Man movie.

My expectations for Blade in the MCU are low, as it’ll be hard to top Snipes.

If anyone can do it, it’s Mahershala Ali… easily one of the best actors going today.

Wesley Snipes was great, but the film leaned a bit towards the campy, as was common for comic book films at the time. Since the MCU tends to treat comics in a more serious manner, I think they’ll do just fine with Ali…

Requiem for a Dream wasn’t bad…

And if you have to make a Spider-Man cinematic universe, why don’t you make movies about his allies? Black Cat? Silver Sable?

They were absolutely planning to do that for quite some time before the Marvel deal – but something went badly enough during pre-production that they called it off. Which kinda makes you wonder just how spectacularly badly things were going when they still plowed ahead with Morbius. Silver & Black is an unproduced American superhero film based on the Marvel Comics characters Silver Sable and Black Cat. It was to be made by Columbia Pictures in association with Marvel and distributed by Sony Pictures Releasing. The film was intended to be an installment of Sony's Spider-Man Universe, with Gina Prince-Bythewood directing from a screenplay she co-wrote with Lisa Joy, Chris Yost, and the writing team of Lindsey Beer and Geneva Robertson-Dworet. Black Cat was first to be inclu...

When I heard of a spider-man vampire villain movie I hoped they were doing Sauron, the dude who would rather turn people into dinosaurs than to cure cancer. Not sure I’d watch that either though. I am not surprised to learn that there is more than one vampire in spider-man’s rogue’s gallery. I understand the vampires from the Comics Code Authority days might be a bit weird, but in my limited exposure to spider-man comics weird is what I’d expect just anyway.

What happened between the reels to make Morbius such an abysmal turd?

Monsters from the Id? 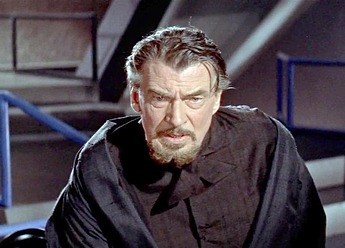 It seems like Sony have the rights, in general to all the Spider-Man stuff, including Miles. There’s a rumored live-action Miles Morales movie in some stage of development at Sony. Which presumably isn’t the same universe as Morbius et al., as Miles’ universe is distinct, but who knows how Sony will warp things to fit their ambitions…

but something went badly enough during pre-production that they called it off.

It makes sense that all the “Spider-Man cinematic universe” stuff fell apart along with plans for more of Garfield’s Spider-Man, since it was premised on that. They kept trying to figure out ways of making bits of it, but it never made sense. I guess the money from the Marvel collaboration Spider-Man encouraged them to start making random movies, but apparently without any overarching plan, so they ended up with this…

True… I forget he was in that… I also think that was before he really started leaning into the whole method acting stuff, though… or at least not publicizing it so much.

Wait, that movie is already out in theatres? I mean, not going to see it anyways because as people have already commented, Jared Leto, but still, I didn’t even notice that it wasn’t still “coming soon”.

Ali is undeniably the better actor but I loved Blade for the camp. And Snipes chewing the scenery was exactly the tone I wanted out of that particular movie.

My guess is they may have given Leto a chance at it with the argument of “hey, Robert Downey Jr. had his personal problems too, but that came out ok”.

Venom as a character didn’t really resonate with me, but those movies seem like they’re making 400-800 million each, so it’s completely unsurprising they’d make more of them.

But he also would have wanted a Ghost Rider movie, so it’s hard to say.

I guess the question is if he would have cast Nicolas Cage.

Me, I’m probably the exact target demo for a Morbius movie. I was a huge fan of the comics as a kid, I’m generally pro-superhero movies today, and have a soft spot for vampire lit in general. I lapped up all of the Midnight Sons stuff and all of that. Despite all of that, the second I saw the first trailer I had no hope for it as a movie. Morbius gives two really good structure choices for a strong movie, either a deep dive into grief and redemption or a wild action demon fights and special effects explosion. Leto doesn’t seem to have the ability to carry either of those choices. I really don’t get why they keep casting him as lead in stuff. He’s notoriously unpleasant to work with and lacks the ability to carry the lead. The roles he shines in are almost always supporting characters.

Actors with actual talent agree with the sentiments.

Mads Mikkelsen Has A Pretty Good Reason Why He Thinks Method Acting Is...

"Am I impressed that you didn't drop character?"

His turn as the Joker made me long for the gritty realism of Cesar Romero. 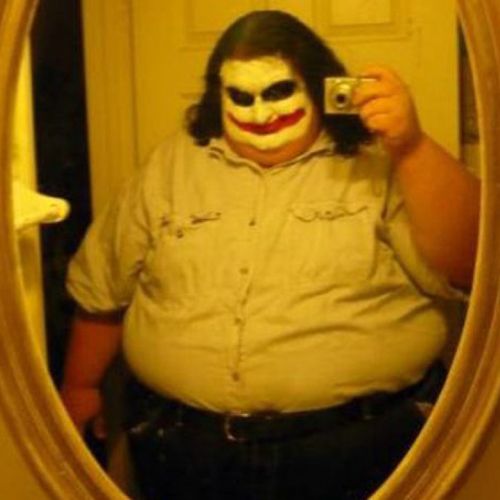 In the comics, Miles was originally in the Ultimate universe, but that universe was canonically destroyed, and Miles survived by coming to the 616, because comics, so he’s now part of the mainstream Marvel universe. As far as the MCU goes, we haven’t seen Miles, but his uncle, Aaron Davis, showed up in Homecoming, played by Donald Glover. So honestly, some version of Miles Morales could easily end up in the MCU, if Sony allows it.