Why I'm not boycotting Ender's Game

Earlier today, Mark wrote about a boycott of the Ender’s Game movie; called for on the basis of Orson Scott Card’s public statements opposing gay marriage. Unlike Mark, I really enjoyed Ender’s Game and read it several times; later, I read John Kessel’s brilliant essay about it and realized some of the ways in which… READ THE REST

This is the most morally wishy-washy load of tripe of heard all week. I have more respect for someone who says, “I know this act cuts against my moral beliefs, but I like it and am going to do it anyway.” than someone who contrives tortured rationalizations.

The anti-blacklist argument is whiny self-victimization par excellence. If you have conviction, act with conviction. If you don’t, have the courage to just say so.

You know, it’s been my personal opinion that some independent works should be judged independent of authorship.

Yes Card has some failings as a human being. Heck, most human beings have failings. I don’t see people lining up to stop buying Apple’s because Steve Jobs was a shit father to his illegitimate kid. I don’t see people burning Wu-Tang cds because ODB was into running guns and quite probably killed a few people. The reality is art can stand on its own.

A novella such as Ender’s Game does stand on its own.

I’m a fan of another Sci-Fi piece called the Giant’s Trilogy ( Gentle Giants ). It’s a fun read. However, the author apparently was discovered to have neo-nazi leanings or something, and his popularity vanished. The book still stands on it’s own as a solid work worth reading.

Going godwin, or really von braun… the man built v2 rockets for the nazis. But we still laud him as a hero of the US space race, because he helped design the Saturn V and put man on the Moon. One work bad, another good. But Von Braun not a wholly good person by anyone’s definition.

At the end of the day, I say allow even the worst of us to contribute in some positive way to the world. Denying someone the right to contribute to society, because of some failure in their personality will make the world a sadder more awful place. And that’s just the way of it.

I had a similar reaction to the Neverhood sequel kickstarter: 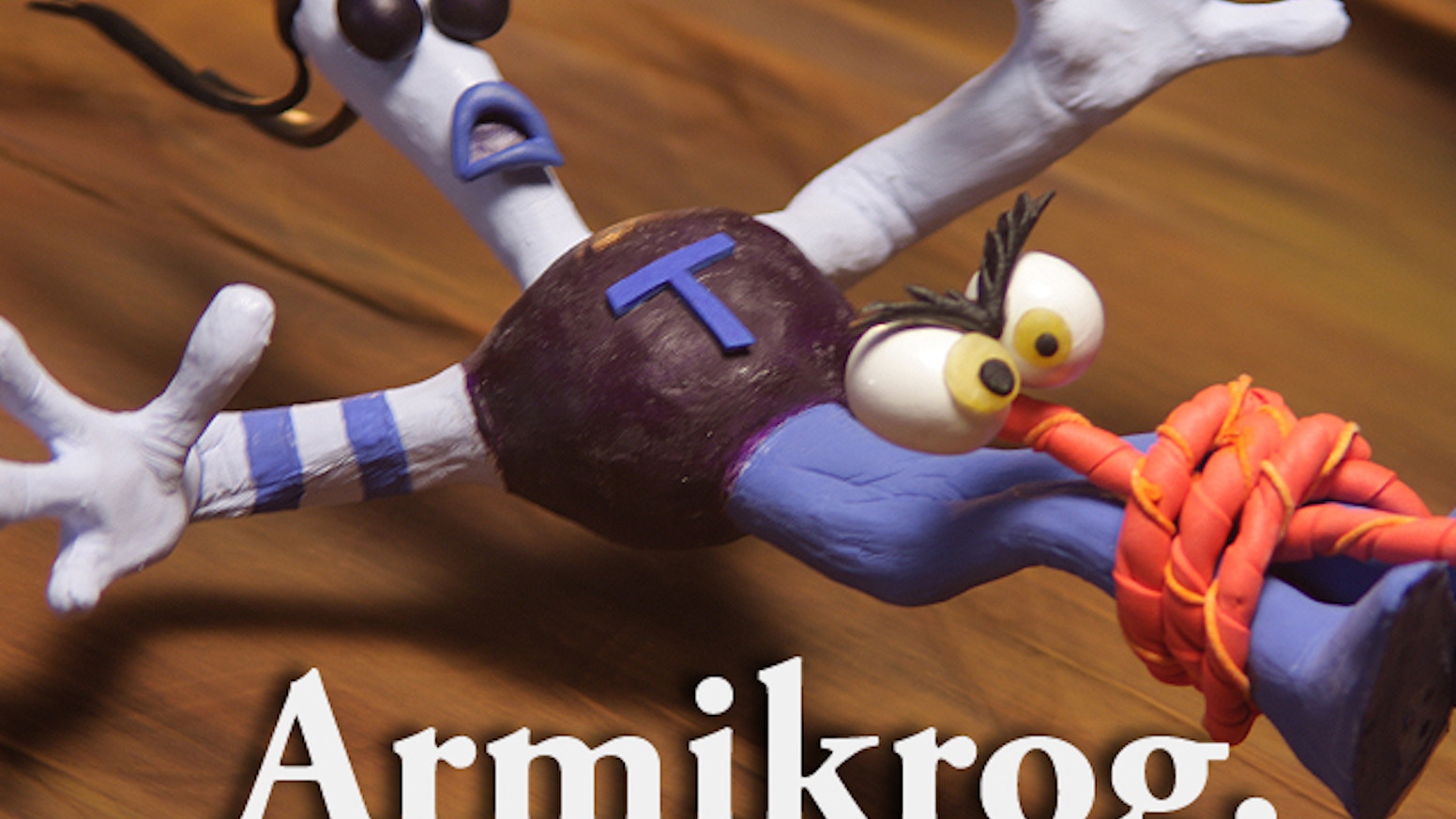 A new adventure game made of clay. From the Neverhood creators - made possible because of YOU, our generous supporters.

One of the main guys behind it is also fairly anti-gay and has said some rather questionable stuff on the record. But at least the game itself is the production of a group of folks, presumably not all of whom hate the gays, and the game itself is not about intolerance or spreading intolerance.

In that case I am ok supporting it, though I would definitely disclose to whomever I recommended it to that this guy said the things he said.

I’ll watch it after Orson Scott Card is dead, perhaps.

I’m not entirely convinced that boycotts and blacklists are the same thing. Trying to get Card dropped by DC is definitely in the blacklisting category and not the way to go. Making a market choice to not support (read: reward) Card’s odious public sentiments is quite another. Do I wish to see Card prevented from making a living? No. Do I personally not wish to further enrich someone I disagree with? Yes. I’m not going to encourage a picket line or protest my local AMC theater. I am simply choosing not to buy a ticket, and telling anyone I know exactly why I decided not to.

Good on you Cory, and my thoughts on matters such as this echo those of openfly above.
Nobody’s perfect, yet the works of a person can stand alone.
If we were to reject the works of all those we had a moral problem with, whole swathes of culture would disappear overnight.

I agree… The Montgomery Bus Boycott was a boycott, not a blacklisting. I guess the distinction I see boycotts as a bottoms-up approach that empowers grassroots efforts. Blacklisting strikes me more as a top-down tactic used by those in power.

I think that’s a good and important distinction. It’s certainly an issue I’m going to think about more.

The truth about my watching of the movie is that I probably won’t, but only because I’m travelling a lot this summer and will be lucky to get to any movies.

But whether or not I watch the movie, I am not entirely comfortable with telling other people not to watch the movie because I virulently disagree with Card on important issues where I think he’s not only wrong, but also doing active harm to some of the most vulnerable people in our society.

I find the two highlighted arguments bizarre and unconvincing. First argument, not effective? DC dropped Card from the comic, so this argument is clearly false. Boycotts are effective, regularly. As for the second, that it, “opens the door for others to boycott,” I don’t even understand where this is coming from. Opens the door? That door has been open our entire lifetimes, and widely used. I don’t like, “us vs them,” arguments but since that door has been, “thrown open,” they’ve been using boycotts to assault ‘us’ for things like pro-homosexual messages for decades, for centuries. “Oh my god if we boycott Card someone might boycott a person who’s pro homosexual rights?” Seriously? That thing that’s been happening regularly, forever? Was this position thought about at all or, to allude to a prior comment, is it just the weakest of self justifications? Because it literally makes no sense whatsoever. It’s pure gibberish as a rational concept.

Yes, we on the left do not blacklist. We boycott, among other things. Do not confuse the two. Besides, as a gay, I am not afraid that one day my boycotting Card’s work will lead to… my being boycotted? Thats your argument right? That if we boycott it could lead to a blacklist that could one day be used against us? Or innocents? I’m not buying that.

spoiler? The message I got out of Ender’s Game was the opposite of justifiable preemptive violence. Sure, that is a significant motivator of the plot, but in the end, I believe, it was shown NOT to be justified. The entire preemptive war was not necessary – the “enemy” was not going to attack again. If anything, the book was a lesson showing why such tactics are wrong.

As for the boycott… authors are artists, and artists are often outspoken and controversial. Judge the work on its own. Boycotting the movie will never successfully achieve anything useful. Card is not suddenly going to love gay people. Bigots will still work in Hollywood. Bad movies will still make millions and good movies will flop. The studio and the hundreds of cast and crew of this movie are not likely to share Card’s beliefs, and they would “suffer” from the boycott just as much (ie, barely at all).

I’m conflicted. I want to see the movie because it looks amazing (and I really loved the book), but Card is a tool, and I’d rather not give him money. Then I see this argument and wonder, am I tempted to see it now simply because I have a bit of reasoning to justify my wanting to see it despite my reservations? Hmm.

My first reaction to Brust’s statement was also, “A boycott is not a blacklist,” but he may have been talking about the campaign to get him off of the DC project.

I’m definitely against blacklists, but I also think that bringing up Card’s “human failings” (damn but that’s putting it kindly) to others who are unaware is fair game. Let people make their own decisions - but make sure they have all the facts.

I must say, this is one of those times where I’ve learned not to find out too much about authors I read, or try to meet them in person. It’s not the only time; you’d think I’d have learned that lesson by now.

Boy there’s the truth! Meeting your artistic inspirations, or learning about their personal lives and beliefs, is always a gamble!

You know, I think the issue is that if you are boycotting a person instead of a specific work, that’s blacklisting.

Ender’s Game is in no way an assault on Gay Rights ( unless I am missing something ). So what is the point of boycotting it? To draw attention to Card’s anti-homosexuality stance?

I see that as unrelated. Yes Card is a homophobe. Does that mean he’s unable to write sci fi? Obviously not. So, what is achieved by refusing to partake of something he is good at, because he is a homophobe?

I can’t see this as being anything more than black listing. Unless the work itself promotes his anti gay agenda… I don’t see a reason to boycott the work. However, if you are boycotting card himself… that’s black listing.

I live in the same city as Card, I even know his oldest daughter. Not a big place, he’s hard to miss. Oily homophobe? Yes. But I despise him for his intellectual hubris, his bombastic pedantry, his smarminess. Then there is all the clues he has left that scream pedophile to me. Songmaster is about the queerest thing I’ve ever read that didn’t call itself a gay novel., and I’m sure it was a monthly selction of the NAMBLA Book Club. I have no reason to believe he has ever harmed a child other than with his parenting, but he sure wrote a lot of books with naked boys in them. And then there were the execrable movie revues he wrote for the local Teapublican free tabloid (that recently went belly up. Yay!! But what will the iguana shit on now?). Any movie with a prepubescent boy in it would get a review with a minimum of three paragraphs gushing about the kid. He’s creepy. And there is more in OSC’s closet than Mormon magic underwear. If I ever watch Ender’s Game, I’ll have bought it at the pawn shop I go to that sells DVDs for buck and buys them back for fifty cents.

Seconding openfly’s comment. No one’s catching social-conservative cooties by stocking or reading Card’s novels. Speaking of Oscar Brand, I doubt many parents are turning off Sesame Street over his filthy folksongs.

However, I do boycott. Which we on the left emphatically have used as a tool. And for these purposes, a commercial artist is a business.

Mr. Card is entitled to his opinions, and to voice his opinions. I am entitled, in turn, to decide whether those opinions are ones I feel comfortable supporting, and to “vote with my wallet.”

I don’t feel a need to take any particular action against Ender’s Game – it’s orthogonal to the issue at hand. My own concern is simply that, as with the Hunger Games film, the movie is likely to lose a large part of its message due to fears that the American public won’t be able to cope with some of what the story calls for. So I’m not likely to make an effort to see it.

I’m so glad I don’t have to agree with content creators to enjoy their content. Kanye West is astonishingly ridiculous and a terrible human being, and yet he makes really interesting music. I’m happy to enjoy his music for what it is and not care too much about the person behind it.

If Ender’s Game were anti-gay I could understand the boycott but it’s not, it’s just a really fantastic book.

As a side note OSC’s Earthfall series actually does feature a gay character prominently struggling to live in a straight society and he is also a hero.