Why is Trump so silent on French election hacking?

I’m sure it’s nothing.

Yep. Nothing at all.

Maybe Putin sent him a note.

But he talked about leaks today!

Ask Sally Yates, under oath, if she knows how classified information got into the newspapers soon after she explained it to W.H. Counsel.
10 Likes
jerwin May 9, 2017, 12:45am #5

It was exasperating listening to Grassley try to run interference.

and how long did it take trump to congratulate the Turkish president on becoming a dictator?

Look this over and keep a full glass of whiskey available for the shock. 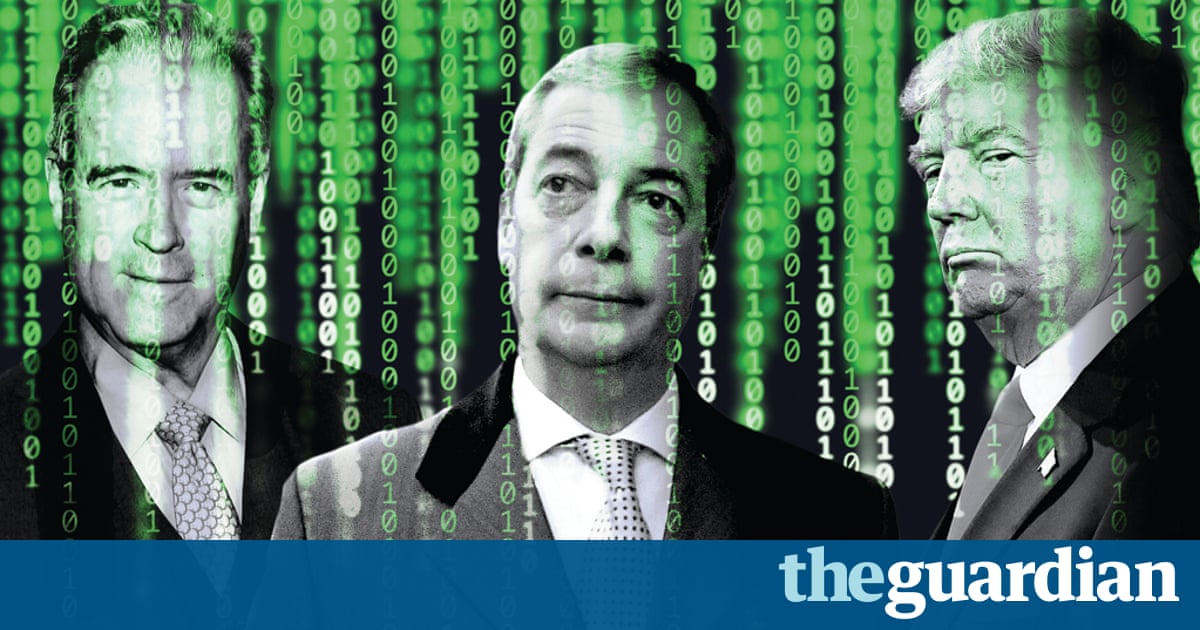 The great British Brexit robbery: how our democracy was hijacked

A shadowy operation involving big data, billionaire friends of Trump and the disparate forces of the Leave campaign heavily influenced the result of the EU referendum. Is our electoral process still fit for purpose?

This administration has a disturbing obsession with loyalty-above-all, and this is probably just an extension of that.

Hell, why did trump-n-company fire Sally Yates when she was sensibly warning against someone who was apparently already compromised? The simplest/Occam’s-razor-est is that those who have been turned were required to protect the turned. That is, there are others in the white-house, likely trump himself, taking orders to some degree from the Russians. …but that can’t (yet) be spoken! as it’s too alarming; we’re still at the stage of declaring anyone who suggests such to be a conspiracy nut. (but i’m pretty inured in that regard [wink])

Hell, why did trump-n-company fire Sally Yates when she was sensibly warning against someone who was apparently already compromised? The simplest/Occam’s-razor-est is that those who have been turned were required to protect the turned.

I disagree in terms of Occam’s Razor, actually, since that makes a pretty massive assumption that people in the white house are Russian agents.

I think it’s more likely that Turnip&Co are absolutely unwilling to admit any sort of error/oversight (see: Sean Spicer’s bullshit, Obama wire-tapping claims, etc etc). Their I’m-always-right machismo prevents them from admitting that they chose the wrong person for the position, and they’re willing to do anything to protect that image. Add in a healthy dose of short-term thinking, our twit(terer)-in-chief’s forte, and you get all the face-saving nonsense going on now.

Not that any of that suggests that there wasn’t/isn’t the stain of Russian interference all over the current administration. I think there’s more than enough circumstantial evidence to make that a VERY likely possibility.

Not to get in the way of a runaway bus of Trumpophobia, but a few thoughts:

It is not the contents of the hack that matter (and Macron’s team were clever enough to make some of it rubbish - but I have not seen a claim that it was ALL false/planted) but the FACT of the hack and where it came from that matters.

don’t give a damn about what goes on outside of America’s borders.

Except in, Turkey, The Philipines, Mexico, North Korea, China, Europe (EU) in general …

As a Finn myself, I’d like to remind everyone that this guy does not represent us in general.

(But yea, the Finnish far right, after a century-plus of fearing and hating Russia, and not entirely without justification, have turned into huge Putin fanboys because he shares their fear and hate of social liberalism, the EU, and universal human rights. It’s weird and more than a little disconcerting.)

I disagree in terms of Occam’s Razor, actually, since that makes a pretty massive assumption that people in the white house are Russian agents

You’re giving hypothetical Trump too much credit; he’s not an agent, he’s a pawn.

He was on the verge of going broke in the '90’s, and borrowed a shitload of cash from dodgy Russian mobster banks. They then amplified their hold on him with a hefty collection of easily-acquired kompromat.

The Trump administration is a wholly-owned subsidiary of Putin Inc.

Time was we attracted a better caliber of troll around here. Now we just get tedious RedPill rejects like you. I miss trolls with an IQ higher than a turnip. Annoying as they were, at least they didn’t commit the cardinal sin of being boring.

but the FACT of the hack and where it came from that matters.

The fact is that lots of it was not even Macron data and that which seems to have been is ancient. See my earlier link or search for other analysis articles.

Apparently Macron’s lot set up fake servers and responded to phishing attacks by filling in fake details on forms etc., thus giving the attackers a lot of fruitless work. When they did get something it was a load of innocuous data from one of the honeypots.

So perhaps Trump is being quiet because in this case they organise things much better in France.

Also, how do we know it wasn’t the CIA rather than the Russians who were doing it? To quote a NATO general addressing my school in the late 60s, “The French have an independent nuclear deterrent. They just can’t make up their mind which way to point it.”

I think I implicitly acknowledged that (in parentheses) in my post. My point is that the content is not the most relevant / important issue here; the important point is that people (Russians?) continue to try to hack selected election candidates in hope of finding politically embarrassing material that may influence an election in whichever way they appear to favour.

If this is what ‘foreign policy’ and ‘international diplomacy’ have / will become then western democracy, however you define it or whatever you think it is (or whatever one thinks of its merits) is under a bigger threat than ever before.

Well, this and Cambridge Analytica, etc.